Liberia : NEXT! America vs. Liberia

"Liberia has been plagued by heavy fighting in recent weeks between rebels and forces loyal to Mr. Taylor, who has been indicted on war crimes charges in a court run jointly by the neighboring nation of Sierra Leone and the United Nations. The United States has come under increasing pressure from the United Nations, Britain, France and West African countries to take a more active role in quelling the unrest."

President Bush is reported to be undecided about how to respond. However, "Pentagon officials have been reluctant to support sending troops to Liberia, fearing that American forces could get caught up in a complex civil war at a time when the United States military is already stretched thin because of large deployments in Iraq and Afghanistan. The military, administration officials said, remains haunted by the attempt to bring peace to Somalia, an effort that led to the deaths of 18 American troops in 1993.

Administration officials said the decision would be made solely on the basis of whether committing American troops would be helpful on humanitarian grounds and successful in bringing lasting peace."

I'm not in favor of US military invasions in any country. I'm not supportive of wars but we find this country engaged in so many and for reasons I'm highly suspicious of. Now we have Liberia on the war table and US military officials are hesitant to get involved and for reasons that don't make sense when you consider other places we've gone and gotten involved under similar circumstances.

What is this really about? Are there specific characteristics that a country must have before the US will consider running in like the calvary?

if Bush gives in, he should be fired..str8 up....he is spreading the U.S Troops around way too thin
M

Bush going to Afrika(Liberia)... What is it really about? Its about the resources that Afrika has, for example the oil and the diamonds. I find it very suspicious that Bush, a republican president would even think about stepping foot into Afrika. I doubt he's there as a goodwill embassador. Something in the big plan must not be going right for them to go to Afrika because Afrika is the last frontier. On second thought this could've been their plan from the beginning.

What will they do to the continent? Can we all say "Recolonization", we saw what was done to Iraq and it was said that there are many countries on the list. I'm not aware of any countries in Afrika(except South Afrika) having a strong military force. At least Iraq had a military, whether it decided to be effective or not is another story, but the continent as a whole does not have any, so it might be a pretty easy for the Americans...I'm not sure.

I think all of us as Black people should pay extremely close attention to this and be highly suspicious because something is going on and moving at a rapid pace. Now why would bush go to Afrika to promise the Afrikans aid for their many problems when its obvious that he cares nothing about the Afrikans in America. This is the same person who was responsible for signing the most death warrants to execute numerous Black men when he was governer of Texas. This is the same person who was not elected president by the people, but was selected by the supreme court, and we all know who's vote they ripped off the most...Black people. Also we must not forget that he argued against affirmative action, but he is the biggest recipient of affirmative action...the irony is almost laughable if it wasn't so serious.

So when we see Bush in Afrika we need to be extremely skeptical and definitely think critically because whatever plan they have developed is definitely going into action because if bush is talking about Afrika then it sure doe not spell positivity for us here in America. Now more than ever is the time for all of us to pay close attention to whats going on in the world because its easy to manipulate people when they are asleep and only care about movies, tv, sports, music, celebrity gossip, materialism...because this is what we have been fed for far too long.

Since this system(world) could not survive without Afrika, whats the best way to make sure that it does survive? control the continent, control its resources. Not to say that the powers that be haven't been doing this directly or indirectly, but now it seems that it will be more apparent. Remember Afrika is the reason all these european countries are so rich including america. The slave trade made it possible for all these countries to line there pockets with money while it impoverished most of the countries on the continent. Most if not all of the European countries were involved(I'm not too sure about Russia or the some of the eastern european countries, but they might have found a way to benefit indirectly)brutalization of Afrika.

America would not have the technological and economic power it has today(however economy failing) if it wasn't the money that was made from enslaving Afrikans, also lets not forget the man power and all the infrastructure that the Afrikans built. So the reason why this country and all the other european countries are so rich and prosperous is due to us. So why not go back to the source..Afrika. Therefore thats what is being done as we speak.

Theres war in alot of these Afrikan countries like the Congo, unrest in Liberia because of the diamonds. The greedy need for diamonds is what is driving alot of this mess. Since diamonds is in such high demand and these diamond companies(none of them Afrikan) are making so much money on these diamonds do we really think they care about the murder that is going on in Afika? I think not. Well all I'm saying is that we need to think critically and please listen to other news/information besides whats on the cnn, fox,msnbc, your local nightly news because they are not gonna provide you with news that will motivate you to think for yourself instead they will tell you how to think and what to think about for example, celebrity gossip,the latest action movie, whose doing who etc..(this is ok sometimes but not 24/7). They will not infuse your mind with anything substantial and aren't we all tired of the bs, well I know I am..
Peace
S

i also think that bush does not have any intrests in instoling peace in liberia but in making provit.

however, it is obvious, that this conflict should come to an end as soon as possible. i am not actually a fan of the un and dont really know what to think about the au yet. i doubt that they could offer any real help.

do u see any way of solving the conflict and who, in ur oppinion, should act in order to acieve this?

Log in
Similar threads
Black Entertainment : America's Next Top Model
Black People : The Next BUMP / HUMP / Is Coming and Optimism Won’t Slow It Down
Black People : These are all the devices T-Mobile says will stop working on its network next month
Black Positive People : Abby Phillip Is Next-Gen CNN
Africa : ‘The Next Jihad': Evangelical leader, rabbi warn about 'Christian genocide’ in Africa
Black People : CONSCIOUSNESS RAISING ONLINE - Oct 25, 2020 - Getting Thru The Next Phase
Black Spirituality Religion : I Hope My Life Is Better In The Next Life.
African American History Culture : Next U.S. Navy aircraft carrier to be named after African American Pearl Harbor hero
Black Men : She's Cheating On You In your bed,in Plain View, What's your next move?
Black People Politics : Who's going to step up next help me understand why is my color the enemy
Black Spirituality Religion : Here is Practical Explanation about Next Life, Purpose of Human Life, philosophical/religious facts,
Black Poetry : Sat next to a girl bought about a complex world at dinner time an be winner online a whack affair as
Black People : Emergency for a Wall! Next>.. Emergency for tanks in the Black community?
Destee Network : Here is Practical Explanation about Next Life, Purpose of Human Life, philosophical/religious facts,
Madagascar : In Context Series: Madagascar: A History of Arrivals, What Happened, and Will Happen Next
Black People : 2018 the hottest ever recorded on record until next year!
Black People : The #MeToo Moment: What’s Next?
Black Money Business Jobs : SHE'S CALLED THE NEXT STEVE JOBS
Law Forum : THE NEXT TRUMP SCANDAL
Black Atheists : Here is Practical Explanation about Next Life, Purpose of Human Life, philosophical/religious facts,
Black Poetry : Outlaw: Next Week Is The Last
Black Spirituality Religion : Here is Practical Explanation about Next Life, Purpose of Human Life, philosophical/religious facts,
Black Positive People : Reaching Next-Gen African-American Consumers
Science and Technology : Scientists Can Now Radically Expand the Lifespan of Mice—and Humans May Be Next
African American History Culture : A next generation(New Era Detroit) of black activism gains steam
Black Entertainment : Watch Spike Lee's Next Feature Film Joint - No, It's Not 'Chi-raq'
Black People Politics : Next time someone tells you "all lives matter," show them this cartoon
Science and Technology : Here is Practical Explanation about Next Life, Purpose of Human Life, philosophical/religious facts,
Black People : Will Harriet Tubman be on the next $20 bill?
Black Sports : The Hardware goes to: (NBA next MVP 2015)
Black Poetry : Maybe Next Time...
Black Poetry : One Breath, After the Next...
Black People : Next Time Someone Says 'White Privilege Isn't Real,' Show Them This
Africa : African Land Grab...who got next?
Black People : Reparations could prevent the next Ferguson
Black People : What will they think of next
Black Sports : Prediction: Derrick Rose will not make it thru next season.
Science and Technology : Why Conservatives Might Be Left Out of the Next Wave of Tech
Black Sports : Despite disappointing Finals loss, Heat may be LeBron's best option next year
Black People : After Late Mayor Lumumba is Laid to Rest, What's Next for Jackson, Mississippi?
Black People : Rental-Backed Securities Fueling the NEXT Housing Crisis
Black People : Detroiters Will See Where This Lead Next Too!
Audio Video Web Conferencing : Gary Clark Jr. - Next door Neighbor Blues // Mahogany Session
Black People : A March in Washington next week (In which Direction?)
Black People : When CIA brags about Iran coup in 54, you wonder "what's next???"
Black Money Business Jobs : The Millionaire Next Door
Black Entertainment : SPIKE LEE FUND RAISING FOR NEXT FILM
Nigeria : Nigeria aims to reduce domestic borrowing next year
Audio Video Web Conferencing : destee.tv : Next - Wifey
Black People Politics : Ríos Montt Guilty of Genocide: Are Guatemalan President Pérez Molina, U.S. Officials Next?
Share:
Facebook Twitter Reddit Pinterest Tumblr WhatsApp Email Share Link 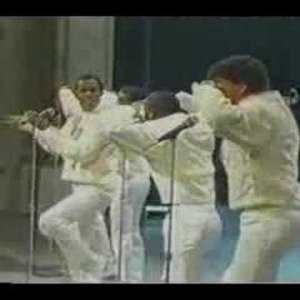