ok so I wasn't the only one picking up on that

I mean we can't fault men that like women. Be they white, Asian, Latino or Black. Some men do have a preference and they should not be knocked for it. Even still you do have to look at the fact that White and Asian women are put on this high horse of beautiful, but look at how they want bigger @sses and lips, hips and want to be darker than they really are. Want to dress and talk like Black women. Want to dance like us, get their hair like ours the whole nine yards. I see it as a compliment. They really want to be BLACK......

I consider myself to be very femenine. I have white men as well as brothers and Asian men looking at me and complementing me all the time. I just say different strokes for different folks. The media is magnifying this and turning a mole hill into a mountain.

Everyone can't look like the girl in the video. Shoot I blame all these magazines who have all these airbrushed images of women on the cover. Put a real woman on there for a change. I wouldn't give a rats @ss if every NBA player or NFL player had a white woman or an asian woman on his arm. That has never bothered me. I mean Shaq ain't paid none of my phone bills you know what I'm saying. I'll probably get jumped on for my statements but I don't care. It's time we start taking actions and stop talking about what is being taken from us. Stop making those near pornographic videos, stop teaching our little girls how to shake dance by age 5, and make them pick up a book and read it.

This is just my 2 cents worth anyway. Good topic as always Ra

I forgot that one

Airbrushing--you nailed that--looking in a magazine anymore it's hard to tell what's real and what isn't--and implants, men and women get them so it's hard to tel what's live and what's Memorex--Still, as you said, it is a matter of taste--what one considers feminine--another won't--on another note--where did all these white women with ***** come from?--overnight, it seems like a crop of white women with ***** popped up--who are these women? It's all a matter of taste and preference and arguing the point is a losing propostion because no matter how much each group loves its own--its all subjective and in the eyes of the beholder.

What is the purpose of continuing this trend of so-called responsible and objective reporting whose purpose it seems is to ALWAYS point out to readers how Black women are constantly being passed over and less favored when compared to other women? If it wasn't a Black man writing it, I'd swear the person that waswore a white hood and burned crosses.

We see enough of this every day, read about it in the tabloids, see it on television--why do you keep shoveling and stirring this crap up? It's the worst kind of crap too, the kind that only allows weeds to grow...poisonous, suffocating weeds.

Do you think you're reporting something that is new and different? Do you think we're numb and blind to the reality about how Black women are perceived in this racist, blood sucking society? I wish some Black men who don't agree with you Amun-Ra would stand up, speak out and protest this kind or reporting. Aren't there any men out there that will show us that you're not a part of the statistics that Amun-Ra is describing? Come on and speak out in support of your sisters!!!

I don't have to put another woman down to prove or defend my sense of self-worth. White women, Latino women, Asian women, Indian women...who next? I am second to no one because my existence isn't determined nor controlled by men. And I don't have to report on the number of men and their races that find me attractive. That is NOT the point!

Maybe this says a lot about the differences between men and women and how we think but the point is I think this is GARBAGE and it reeks of the worst kind. I'm getting tired of being one of the few Black women, heck Black anything protesting this type of nonsense--but as long as it keeps coming, I'll comment!

I wish some Black men who don't agree with you Amun-Ra would stand up, speak out and protest this kind or reporting. Aren't there any men out there that will show us that you're not a part of the statistics that Amun-Ra is describing? Come on and speak out in support of your sisters!!!
Click to expand...

Not once did I say this was my opinion--not once, but this statement clearly points out that you think it is--so it is another case of attacking the messenger for bringing the news. And it is news to many.

Maybe this says a lot about the differences between men and women and how we think but the point is I think this is GARBAGE and it reeks of the worst kind. I'm getting tired of being one of the few Black women, heck Black anything protesting this type of nonsense--but as long as it keeps coming, I'll comment!
Click to expand...

Good comments, but still the examination is missing. One of the things, I was looking for is to find out does anybody think there is any truth in this. I am looking for whys?

Still, it makes me curious. Is it a fad? A new trend? Or, is it the opening of new opportunities for black men and women? I don't know, but it is interesting, especially considering how the European standard has held sway in the United States for so long. Is it a changing of the guard as white people become the minority? Or is it just an anomoly, an errrant blip on the social radar?
Click to expand...

Nothing has been adressed except the topic. I had a couple of responses that addres how the media helps paint thses pictures and they reflected thought on a distasteful subject, but decrying the subject doesn't change the story, it avoids it. Defend it you must, examine and debate, but dismantle the story, not the messenger.

Amun-Ra ... why post information that belittles Sisters? Have you been contributing articles like this all the time and i've just not been reading them? I can't allow this to continue. Our community is about empowering black people, not tearing us down, or broadcasting reports that do. There are thousands of web sites that would jump up and down with joy to have a black man posting negative reports of black women while touting the wonders of all others, please take this to them. We have too much work to do here and you're really getting in the way. 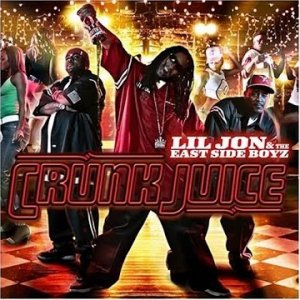