Time for Democrats and Republicans to Focus On Criminal Justice Reform

Criminal justice reform has never been a formal priority of America’s two major political parties, and a new petition released today by the Brennan Center for Justice at NYU School of Law aims to change that.

Criminal justice reform has played prominently in the election this year. The Republican Party is set to vote on a policy to reduce imprisonment at their convention. If they do, they’ll be the first major party to do so. The Democrats lag behind.

The petition, co-sponsored and hosted by The Nation, calls on both parties to pass resolutions to end the era of mass incarceration during their national conventions this summer.

“The statistics are stark: The United States has 5 percent of the world’s people, but 25 percent of its prisoners,” it says. “We claim to be the leader of the free world, yet are responsible for a quarter of the global imprisoned population.”

“Today’s movement to end mass incarceration has largely been led by Republicans,” Inimai Chettiar, the director of the Center’s Justice Program, and Counsel Ames Grawert, wrote in an accompanying op-ed at The Nation. “The consensus to reduce unnecessary imprisonment has arrived. But we will never see true reform until Democrats provide a solid left flank, so that compromise lands at the center, instead of to the right.”

They added: “It was the Democrats who fought for civil rights in the last century. If the Democrats do not raise their voice, history will record that it was the Republicans who led the civil-rights struggle in this one.”

For more on the Democrats’ record, read the op-ed here. See more on the Brennan Center’s work to end mass incarceration here.

Justice for All
Reducing Mass Incarceration
The 13th Amendment states: “Neither slavery nor involuntary servitude, except as a punishment for crime whereof the party shall have been duly convicted, shall exist within the United States, or any place subject to their jurisdiction.” 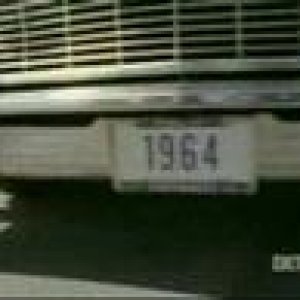