Mr. Neely Fuller, Jr., 74 years of age, was born on October 6, 1929 at the height of the Great Depression. He served in two branches of the Armed Forces. He served in the Army during the Korean War Conflict for his first term. For his second term, he served in the Air force during the Little Rock 9 era where 9 black youths went to an all white high school during desegregation. During this time, he wrote the first six pages of his book called The United Independent Compensatory Code/System/Concept: a textbook, workbook, for Victims of White Supremacy. He carried these six pages around for years. Expanding the book as situations presented themselves; the book eventually grew from six pages to 1,300 pages. These pages were kept in a suitcase. When he left the military in 1984, he organized the pages into a more comprehensive form by placing them in note binders. He is currently expanding this book according to our modern-day use of words.

IN MR. FULLER'S OWN WORDS:

I, Neely Fuller, Jr. (1/0), the writer/author of this book, have been, like millions of others, a long-time Victim Of and Servant To, Racism (White Supremacy) in all areas of activity. My experiences, observations, and/or studies, have led me to believe the following:

• Racism, has done more to promote non-justice, than any other socio-material system known to have been produced, or supported, by the people of the known universe.

• No major problem, that exists between the people of the known universe, can be eliminated until Racism is eliminated.

• The fear, frustration, malice, and confusion, that is caused by Racism, retards or prevents all constructive activity between the people of the known universe.

• The only form of functional Racism that exists among the people of the known universe is “White Supremacy.”

• Regardless of all that has been said or done, the quality of the relationship(s) between white people and black people is, and has been, a total disaster.

• Justice is better than Racism.

• As long as Racism exists, anything said, or done, by people, that is not intended to help eliminate Racism, and to help produce justice, is a waste of time/energy.

• Each and every Victim of Racism should minimize the time and effort spent doing anything other than, thinking, speaking, and acting, in a manner that helps to eliminate Racism, and helps to establish justice. Each and every person should seek to do this, every day, in every area of activity, including Economics, Education, Entertainment, Labor, Law, Politics, Religion, Sex, and War.
LET GOD'S WILL BE DONE
Join Us in Voice Chat - 24/7 !

Mr. Neely Fuller's Event was a

Thank You all that joined in

A special thank you to Brother Monetary for setting it all up !!!

Mr. Fuller has agreed to come back next week ... same time ... same place

you have another chance to hear him !!!!

Mr. Fuller also gave us permission to record and post the event

so we will be doing that soon ... so stay tuned!

great it was big and very inlighting info shared the man hit some key points
can't wait to hear him again speak !
Poetic flow, Poetry of a poet! Be a Premium member today and enjoy all the fruits .

Thank you for sharing this bio. Mr, Fuller is a very interesting man, very accomplished, with much to contribute to us all. Looking forward to hearing more. Thanks Monetary.


watzinaname said:
Thank you for sharing this bio. Mr, Fuller is a very interesting man, very accomplished, with much to contribute to us all. Looking forward to hearing more. Thanks Monetary.
Click to expand...

You're welcome, my Queen. I brought him here for the Fam to enjoy and learn.... I'm very happy that he is so willing to be free with his time for us.

Black People : What ever Happened to Dr Neely Fuller and his Legacy? 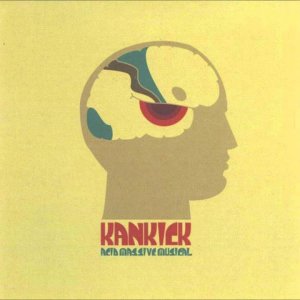