I Want To Know What My Natal Chart Says About Me.

Still want some assistance with interpreting your chart? I am willing to help.

Hey SA...if I didn't know better, i'd say you're joking with that comment. Virgo is easier to analyze than you may think. Anywho, just passing through as well.

Peace SA and I wish I was here earlier when you joined to welcome you into our Community - nevertheless, glad to have you with us.

None of what you said surprises me. When you have a solid understanding of how Astrology works especially as it applies to people, it makes life much easier. Although i'm a Sag I also happen to be what's called a Virgo-Rising (or Asc), meaning I see the world through the eyes of a Virgo. That said, Virgo is an Earth, feminine, mutable Sign ruled by a rapidly-moving planet (Mercury).

As such Virgo is emotion-less, grounded on facts and logic, and is a receptive energy, meaning sensitive to taking energy in, along with what is told to them. Virgo is also a reserved Sign- meaning as you said, you don't reveal much because Virgo's thing is to be observant - to sit back and take things in then react from there. On top of that being ruled by a mutable-fast moving planet, Virgo isn't exactly known for having things under control and putting a nail on things; you usually let things go on and don't get in the way. In other words which leads me to my next point, Virgo is very likely to take whatever is told to them at face-value and move on with it, even if it's faulty or tainted as opposed to confronting and dealing with it. Virgo opposes Pisces in the zodiac, meaning you take on some Piscean traits in addition to Virgo (from what I've observed over the years more often negative than positive), nonetheless you understand each other's nature better than anyone else. Pisces is a passive Sign, sensitive, emotional, yet also accepts what it's given and moves on with it.

I bring all this up to say the Virgo-Pisces relationship IS a story of hidden things, ideas, hidden traits and not revealing themselves. In fact in the case of Pisces by the time you figure them out, they'll be taking on a whole 'nother character. Both Signs are mutable (meaning change-able) and Pisces is skilled at wearing many different "masks" yet never having a true mask. That's the nature of Pisces' ruling planet, Neptune- hard to see, tell, figure out. Virgo's thing is to work, to serve, to be laborious in everything you do. You're not here to make the rules and demand things be done a certain way. Because of these dynamics, it's not your thing to reveal yourself to anyone. It's your thing to be a servant, to observe and take notes, then constantly yet consistently move on to the next thing. I'm sure you may have opinions but you're way more likely to keep them to yourself - again, Virgo-Pisces dynamic. Using your own words, Virgo might be orderly, however it's because it's in your nature to keep things in order and be organized, specifically for yourself. Even I as a Virgo-Asc on the job drive people crazy with how much effort I put in just simply keeping things neat, organized and in order.

All in all reality is as you learn more about the Astro you find you're more than just simply a Virgo. Most people have a blend of at least 3-4 different Signs in them, combined with the planetary influences. Being a Virgo is not the same as being say, Mercurial, as Mercury the planet rules both Gemini and Virgo. You can be a Virgo but then have a busy Fifth House (natural Sun-Leo House) meaning you express yourself more through those outlets. Plenty to learn - that's for sure but my point being, just know there's more to what you say and hear than you think when it comes to the Astro.

Symbol of America said:
I am a Virgo and have been told that my kind cannot be analyzed. Anywho I'm just passing through for now.
Click to expand...

I do not know what "someone" who told you that could have meant by that??? But I can analyze you due to my Uranus in Virgo conjunct the MC. Pro astrologer 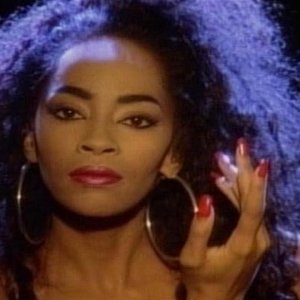