If it is about what you want then it ain't good enough for what you need and want is ego-driven, selfish in pursuit of what you do not need, wanting be now your motivation for living without freedom being your goal, which only is meaningful to you in Afrika with you being in power and authority making decisions that benefit a unified Black Afrikan Nation in Afrika.

And that is ok with some educated Negro Americans, I share that because of the Demon Want that has heavily infected the Mind of the Black Afrikan people, but a lot is because there are many Black Afrikans who innocently do not know any better about what needs to be done to elevate the status of Black Afrikan people to a respectful level of knowing and living, those Black Afrikans, many of them are redeemable because they are covered and protected by the Bliss of not knowing the things they do and believe is not from their choosing but is from their being gullible to the influence of that white racist unjust prejudice Luciferian oligarchy Human Being, they use Darkness as an opiate of Evil and Bad Luck and all that is evil in the way of preventing Black Afrikans from being exposed to the Greater Good Of Living Life in Actual Time, Now!!!

Need does not require much, it's the quality it represents that gives to it Divine Universal Value but wants, well it is without mental discipline, it has you Ego basing, Vanity conniving, Lying, Deceiving Fighting, Killing, believing and pretending your way along the pathway of Life Living and yes telling Lies About God and much much more acts of deception that have you taking advantage of the uninformed about the glory and purpose of a living being who Nature has Designed you to appear to be and that is Black Divine, beloved

When you know what God Is, then you know the significance of your Blackness, and yes Blackness, I share that because there are a few Negroes who are telling you that you are not Black which is relative to Dark which is opposite to Light and the color spectrum with different shades in between, you refer to that as color and you have some negroes who are closer to the prism of Daylight than to Black Night Dark Illumination, so you see, the world that is in power and control of the goods and service you depend on to live, they determine the description of identifying different energy manifestation to the sense of sight, so I do not get bogged down in a debate about whether Black is Black or not, because in my Mind I have taken over the sense of my mental perception and do now refer to the Perfect Night as being the presence of Blackness and there are many of us Cosmic Divine Universal Being that fit the presence of the Black Dark Perfect Night.

Now, back to the information I am to share with you today, and I do so by sharing with us Black Afrikan people, there ain't gonna be no United States Of Afrika Government, no Unified Black Afrikan Nation, no Afrika for the Black Afrikans and no God to Know About, not as long as we allow the Demon Want to control our desires, Want, Blind you, it have you wanting any and everything you look at that the white racist have you believing it is good for your Black behind and want is expensive to fulfill, but Need, it is thoughtful and practical about what to have in your possession, need is thoughtful and kindly considerate but Want, that is your Demon, it creat havoc among the Wanting kind and have you without respect for self, that is the character of a Demon, beloved.

So, why do you sit around observing all of this Bull DoDo that is going on in America today, using your Black Dark behind to be a surrogate to their Wants, and you without the ability of no thought, you just buy into and accept any and everything that racist *** Luciferian Human Being tell to you to believe about what he wants you to believe and believe is the master of all demons usage terminology of words that is set in a fantasy, and make pretend it is true?

That white devilish satanic Luciferian Human Being knows very well that he controls the mind of many if not most Black Agtikan people, you do not even recognize the fact that the mind Black Afrikans use today has a Govern on it, you know, set to be able to go just so far in criticizing white phony behind liberal democrats, there is a line of Divine Truth about the Black Afrikan involvement with those phony so-called liberal democrats and that line is when revealing the evil being done by those phony democrats to Afrika and Black Afrikan people and here your Black no thinking so-called democrats fully dressed in the wanting for a democrat political victory this November, do you know the history of the democratic party in a relationship with Black Afrikan people!!!

Greater Good, if not being under the canopy of Freedom in Afrika and+ being assured of justice and independence by a United States Of Afrika Government, that is what is needed for Black Afrikan people in Afrika, any place else it is superficial with no actual Divine Truth and Reality, virtual in pretending and that is based on want with no spiritual connection to Mother Afrika!!!

Black People : I Need You To Survive - For those who go way back

C
Black People : Black Afrikans Has No Knowledge Of Need

Black People : East Coast Will Need N95 _ Mask ( It May Not Help ) to Avoid "Silica" Glass Dust Storm Coming From Africa to the United States 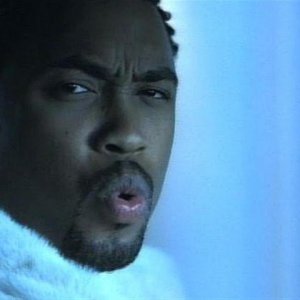