If it is about what you want then it ain't good enough for what you need and want is ego-driven, selfish in pursuit of what you do not need, wanting be now your motivation for living without freedom being your goal, which only is meaningful to you in Afrika with you being in power and authority making decisions that benefit a unified Black Afrikan Nation in Afrika.

And that is ok with some educated Negro Americans, I share that because of the Demon Want that has heavily infected the Mind of the Black Afrikan people, but a lot is because there are many Black Afrikans who innocently do not know any better about what needs to be done to elevate the status of Black Afrikan people to a respectful level of knowing and living, those Black Afrikans, many of them are redeemable because they are covered and protected by the Bliss of not knowing the things they do and believe is not from their choosing but is from their being gullible to the influence of that white racist unjust prejudice Luciferian oligarchy Human Being, they use Darkness as an opiate of Evil and Bad Luck and all that is evil in the way of preventing Black Afrikans from being exposed to the Greater Good Of Living Life in Actual Time, Now!!!

Need does not require much, it's the quality it represents that gives to it Divine Universal Value but wants, well it is without mental discipline, it has you Ego basing, Vanity conniving, Lying, Deceiving Fighting, Killing, believing and pretending your way along the pathway of Life Living and yes telling Lies About God and much much more acts of deception that have you taking advantage of the uninformed about the glory and purpose of a living being who Nature has Designed you to appear to be and that is Black Divine, beloved

When you know what God Is, then you know the significance of your Blackness, and yes Blackness, I share that because there are a few Negroes who are telling you that you are not Black which is relative to Dark which is opposite to Light and the color spectrum with different shades in between, you refer to that as color and you have some negroes who are closer to the prism of Daylight than to Black Night Dark Illumination, so you see, the world that is in power and control of the goods and service you depend on to live, they determine the description of identifying different energy manifestation to the sense of sight, so I do not get bogged down in a debate about whether Black is Black or not, because in my Mind I have taken over the sense of my mental perception and do now refer to the Perfect Night as being the presence of Blackness and there are many of us Cosmic Divine Universal Being that fit the presence of the Black Dark Perfect Night.

Now, back to the information I am to share with you today, and I do so by sharing with us Black Afrikan people, there ain't gonna be no United States Of Afrika Government, no Unified Black Afrikan Nation, no Afrika for the Black Afrikans and no God to Know About, not as long as we allow the Demon Want to control our desires, Want, Blind you, it have you wanting any and everything you look at that the white racist have you believing it is good for your Black behind and want is expensive to fulfill, but Need, it is thoughtful and practical about what to have in your possession, need is thoughtful and kindly considerate but Want, that is your Demon, it creat havoc among the Wanting kind and have you without respect for self, that is the character of a Demon, beloved.

So, why do you sit around observing all of this Bull DoDo that is going on in America today, using your Black Dark behind to be a surrogate to their Wants, and you without the ability of no thought, you just buy into and accept any and everything that racist *** Luciferian Human Being tell to you to believe about what he wants you to believe and believe is the master of all demons usage terminology of words that is set in a fantasy, and make pretend it is true?

That white devilish satanic Luciferian Human Being knows very well that he controls the mind of many if not most Black Agtikan people, you do not even recognize the fact that the mind Black Afrikans use today has a Govern on it, you know, set to be able to go just so far in criticizing white phony behind liberal democrats, there is a line of Divine Truth about the Black Afrikan involvement with those phony so-called liberal democrats and that line is when revealing the evil being done by those phony democrats to Afrika and Black Afrikan people and here your Black no thinking so-called democrats fully dressed in the wanting for a democrat political victory this November, do you know the history of the democratic party in a relationship with Black Afrikan people!!!

Greater Good, if not being under the canopy of Freedom in Afrika and+ being assured of justice and independence by a United States Of Afrika Government, that is what is needed for Black Afrikan people in Afrika, any place else it is superficial with no actual Divine Truth and Reality, virtual in pretending and that is based on want with no spiritual connection to Mother Afrika!!!

Log in
Similar threads
Black Poetry : Wreck haters like spectators standing about demanding clout for a newspaper route got wordy flows and like dirty clothes need washing to proceed squa
Health and Wellness : America has an urgent need for Black doctors: 'It's hard to be what you can't imagine'
Black People : Black Afrikans Has No Knowledge Of Need
Black Poetry : Come hot with moves and lot of dudes sways nowadays its a street race have to keep pace need tremendous motion in a continuous ocean rip shop and sca
Health and Wellness : Decolonizing Dermatology: Why Black and Brown Skin Need Better Treatment
Black People : The Need To Return
Black People : "Evony : the kings return" game- Need help on a racist in a game that threaten to shoot black people
Black People : East Coast Will Need N95 _ Mask ( It May Not Help ) to Avoid "Silica" Glass Dust Storm Coming From Africa to the United States
Black Poetry : He has a bold team but his whole scheme is plunged into darkness need info to spark this he'll dispatch a lot after he hatch a PLOT look boo you got
Black People : Hear Me Oh Black World In Need Of Recovery
Black Poetry : It's hard for logic to prevail over emotions female has an ocean of wetness in potion In her panties step no harm must accept The norm need help on a
Black Poetry : This is news to someone play the blues and come undone need girl to have fun a ton hitting nerds with written words gitting absurd kisses while birds
Black People : Black Afrikan People need To Just Stop And Be Still For A Moment!!!
Black Poetry : Sex is not a profession could raise complex questions when trouble need advice could end up having a double life now too much rubble wrong price see a
Black Poetry : A note is a short letter with all sorts of clever words to speak that's never heard on the street, tonight need help to climb a flight of steps to got
Black People : I Am Not All I Need To Be
Black People : Afrika Black Afrikans Are In Need Of An Afrikan Reconstruction Renasissance!!!
Black Poetry : Got facts and brag and use a sack or bag to tote these quotes and collect fees from folks need a honey with pie and a money supply see a girl want cak
Black Parenting : White Imagery - Need some advice
Black Poetry : This is hot and fly and it will occupy some dumb eardrums and some fear come from being haters, need elevators to take them all the way up like FAT J
Black Poetry : Try be cool in high school **** she a true queen need a bamboo screen for her doorway but soar today in a mini-skirt with plenty flirt had fun in clas
Black Poetry : Love Is All We Need
Health and Wellness : Many dermatologists need more training on African American skin and hair
Black People : VIEW THIS... No need to Buy! Info that is so Enlightening to WELL Being!
Black People : Global Warming , Strange Natural Disasters and the need for a National Black Cross EMS service
Black People Politics : Mitch McConnell Says Obama's Election Means We Don't Need Reparations
Black Poetry : Look his luck is graphic got stuck in traffic after he picked a chick up but need some quick luck to
Health and Wellness : A Diet Plan Based on Your DNA Has Arrived—Here's What You Need to Know
Health and Wellness : Tech addiction is real. We psychologists need to take it seriously
Black People : Black Woman You Need To Hear!!!!
Black People : Tucker Carlson: Host laughs with guest after he suggests black people ‘need to move on’ from slavery
Black Poetry : Gee no jive hope my romance survive now an ambulance arrive outside siren blaring emergency need a
Black Poetry : Can't proceed in sorrow need to win tomorrow girl my shirt off and you flirt soft alert I can toss w
Black People : NEED
Black People Politics : We need National Black Unity now more then ever!
Black People : Why white people need to admit that black people know more about pain
Black Spirituality Religion : What you need to know about Omarosa
Black Poetry : he was quick to understand that he need a chick with a thunder plan see a chick voice fresh and brig
Black Poetry : Proceed to weep need some sleep rest my eyes got breasts and thighs your game is a hardcore strain o
Black Poetry : Christ Is All You Need
Audio Video Web Conferencing : I Need You to Survive - Hezekiah Walker
Black Ancestors : I'm multiracial, and need your honest input
Black Poetry : Peeps Need To Stay Strong!!! (I Cor. 10 vs 13)
Black Entertainment : We Need More African-Americans to Play RPGs?
OldSoul : 1 minute of Mr Gregory You need to hear
Food Discussion : Need advice on nutrition
Black Poetry : in her step, can't withdraw from the hugs of raw love need a kiss fast //
Black Poetry : HE SAID: Everything prevail in order need a pail of water to cool off // And school cost nowadays a
The Front Porch : Need help
Black People Politics : Former Sanders Aide: 'We Don't Need White People Leading the Democratic Party'
Share:
Facebook Twitter Reddit Pinterest Tumblr WhatsApp Email Share Link 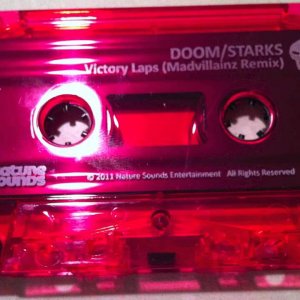