I want to say I'm grateful for the warmth and fairness with which Destee has treated me-by Destee, I mean the person, and the forum at large.

I post here very rarely, so as not to be intrusive, and because oftentimes, I don't feel as though what I may want to post is pertinent to the plight and fight of black people.

As you all know--Natives, much like your own people, are targeted by authority, in an effort to promote genocide, drug-abuse, etc.

The difference with Natives, lies in the fact that as a Nation of sovereign peoples--there are federal and legal footholds via treaties and other means, to remain sovereign and to protect their culture, what remains of their land, and their way of life.

This is a way to depossess the Federal government of all that is has been stolen from both of your peoples--by legal means granted in those treaties etc.

I guess what I'm trying to say is that if people at large--of all races--here in America--could stand together and fight the Federal government via the legal foothold granted to Natives-there is a legal way to beat these thieves at their own game, using their own laws.

I know that on the surface of things, it would seem that the fight of Natives is not the fight of black people (or whites, etc.). But I also think that it is high time to make a concerted, united effort to change the direction of the country. In truth, their fight and yours, is the fight of humanity to stay connected with their ancient identities and ideologies.

A Lakota person would tell you, that Lakota is not a race of people, but a way of life.

If people want to get back to living with nature, in harmony with nature (in my opinion, that is the root of the world's problems-an inability or unwillingness to live within balance with nature) then it may benefit us to explore a concerted effort, in unification behind these principles and ideas--to which African people have also ascribed to in their traditional African ways.

Why are people not fighting together, this common enemy of humanity?

I would argue that the plight of all American people (I use the term loosely) can be fought effectively via joining the fight of the Native American people, against the Federal government.

When I say American people--I include myself despite my skin color--because I also wish to see a return of the ways of indigenous peoples--who in my opinion have always been right regarding natural law, and the balance required to thrive in harmony with nature.

I hope that makes sense to ya'll, because it seems all over the place, even as I write it.

I LOVE the natives!

Wish we could see more of them on TV!

"...In the early development of colonial America, Europeans included incentives to dissuade alliances between blacks and indians in nearly every indian treaty, culturally, politically, and economically, indians were classified above blacks." -- page 196, Dirty Little Secrets by Dr. Claud Anderson.

And caucasians looking Indians are "not" the indigenous people of North America.

"...For decades, most scientists believed the first Americans were big-game hunters who crossed a land bridge across the Bering Strait from Siberia about 11,500 years ago. New discoveries, such as those found at the Topper Site in rural Allendale County, 85 miles southwest of Columbia, SC, are part of a growing body of evidence that could overturn that theory.

Topper may provide evidence of human habitation in the southeastern United States as early as 18,000 years ago..." Source

The Folsom culture and the pre-Clovis/Clovis cultures appeared on the North American scene long before the Siberian Asians who crossed the bering strait and now appear as Caucasian looking.

Also, let's not forget the ancient Egyptian artifacts found in the Grand Canyon that the Smithsonian Institute refuses to acknowledge

White looking Indians own and run casinos --in general; and are in the process of banning African Americans with indian heritage from any reparation entitlements --specifically in the Cherokee nation.

"... In August, the Cherokee Nation appears to have won a long and bitter fight to disenroll nearly 3,000 freedmen, the descendants of black slaves owned by Cherokee, who had briefly tried to use DNA to show their “Indianness.” -- Source

I watch The Lone Ranger and Tonto almost every day!

That's the only old western where you'd see a native kick a white man in the ***!

The Lone Ranger was really

Bass Reeves, a US Marshall --he looks black to me. So the truth hides the fact that a black man and an indian really kicked a white man in the ***!

"...Over the 35 years that Bass Reeves served as a Deputy United States Marshal, he earned his place in history by being one of the most effective lawmen in indian territory, bringing in more than 3,000 outlaws and helping to tame the lawless territory. Killing some 14 men during his service, Reeves always said that he "never shot a man when it was not necessary for him to do so in the discharge of his duty to save his own life..." 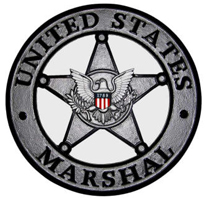 So, it seems you idolize one of your own, and didn't even know it, which means truth is stranger than fiction!


CosmicMessenger said:
I watch The Lone Ranger and Tonto almost every day!

That's the only old western where you'd see a native kick a white man in the ***! 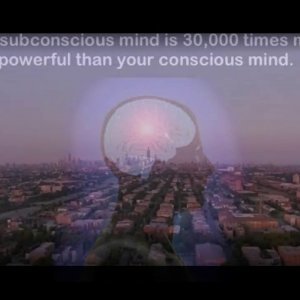