All Praise is due to Allah, the Creator who guided me to ISLAM—the Way of Life—the Red Road—the Straight Path.
I began my journey on the Pine Ridge Reservation in South Dakota, in one of the communities called Oglala. When I was born, my earth parents went to the city and left me behind with my father’s’ parents. My grandmother was a mid-wife, a spiritual woman, and we attended many ceremonies and pow-wows, and I witnessed other spirits begin their journeys. I was taught to respect MITAKOYASIN (all of my relations) and to know that I was LAKOTA(the people). My grandmother shared many words of wisdom. As a child I did not understand all that she shared, yet throughout all these years, all that she told me has helped in every way you can imagine. One thing that really stuck in my head was when she told me: “There are WASHECUS (white people) out there, another world, one day you will have to learn to speak their language. Learn everything about them. Learn how they think and to out-think them because one day they will try to kill you.”
My grandmother told me that TUNKASHILA (the CREATOR Grandfather, The Wakan Tanka, The Great Holy One, Mita Onje Ate) made many people, all different, but he was the same Creator of everything - of the sky people, water people, earth people, fire people, the four-legged and the two-legged.

I remember laying my head down on her lap and she would tell me stories, and I’d fall asleep and when I woke up she would still be talking. At that time, I did not realize she was giving me the best form of education anyone can give. Now I realize that my ENA (mother), the only one I knew, was preparing me for the outside world. One day her journey ended, and when I saw her lying in this box asleep, I knew that she would be back. One day, as I played outside she came walking up to me and said :you will be WENYA CHANTE WISHAK UHA (Woman Who Has a Strong Heart).”

She told me that her spirit’s journey was not over. One day my earth mother and father came and got me from my grandfather and took me up north to my earth mother’s reservation called Standing Rock. But, the government was taking one child from each home to send to boarding schools so at least one would get “educated” as they called it. At that time, there was what they called The King Alfred Act in effect, which allowed them to take Indian children and teach them to assimilate to the white culture. There were many boarding schools, some run by the government and some run by missionaries. I was one of those taken to the boarding school.
I feel now that the Creator allowed all of this to happen to me, and that the Creator was shaping and molding me to be a strong spirit. For nine years, I was in a boarding school. Out of 500 Indian children taken from all reservations, there were about 50 of us who had been raised by our grandparents and we weren’t allowed to go back home during the summer when school was out, when the other children raised by their parents were allowed to go. I knew those of us who were raised by our grandparents were different. They were harder on us, and we were stubborn and refused to speak English. We were beaten if we were caught speaking our own language, the only one we knew, but of all the confusion, my ENA’s words came back to me about having to learn the WASHECU’s language. I knew that my ENA was a wise woman and for whatever reason I was to learn, but that still didn’t keep me from resisting change.
As a child, I experienced much abuse - physical, mental, emotional and verbal but today I can look back and thank TUNKASHILA for protecting me when I spoke the truth and was punished for it. My spirit only became stronger. I knew I was LAKOTA and I decided to get smart and like my ENA said learn everything about the WASHECU, especially how they think. Those of us raised by our grandparents were kept separated from the others a lot of the time. We were given extra duties, kept busy, but we would pray together (and have to sneak to do even that) because we knew there was power in prayer. Sometimes our brothers and sisters would tell on us and then we would be punished. 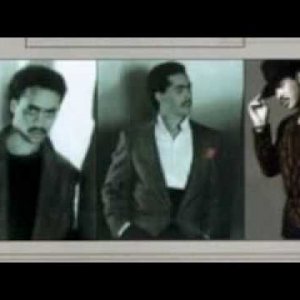