Last week demonstrations were held in front of retail diamond stores in Philadelphia, Boston, San Francisco and St. Petersburg protesting the devastating impact that the diamond industry has on Africa and African people.

Chanting “All diamonds are blood diamonds!” protesters demanded that all of Africa’s vast natural resources be returned to the control and benefit of the indigenous African people themselves.

The group is calling for the donation of diamonds and cash to support African-led development projects in Africa and the U.S.

In Philadelphia, one man offered a diamond ring as a donation to the projects, while the head of “Jeweler’s Row” begged protesters to take pity on the poor diamond merchants whose profits were being negatively impacted upon by the protests.

In Boston, jewelers on the second floor of a diamond retailer threw water onto protesters, while passersby offered their support for the diamond boycott.

In San Francisco, an African woman from Liberia brought photographs of her relatives who had been buried alive in the diamond mines of that region.

Speaking at the demonstration in St. Petersburg, Florida, Penny Hess, Chairwoman of the African People’s Solidarity Committee, stated, “The diamond industry contributes to the fact that more than half the population of Sub-Saharan Africa is forced to live on less than a dollar a day on the earth’s richest continent.

“We are aware that in the past 10 years there has been much media coverage and public awareness of efforts to boycott what are known as blood or conflict diamonds.

“These were diamonds sold on the open market by brutal forces who waged genocidal wars that slaughtered millions of people, particularly in West Africa in the 1990s. These forces—such as the Revolutionary United Front in Sierra Leone, for example—were backed by U.S. and Western interests in order to keep West Africa destabilized and easy prey for Western exploitation of Africa’s diamonds, gold,
oil, coltan and other resources.

“In recent months, DeBeers, the nearly century-old diamond cartel headquartered in South Africa, has launched a multi-million dollar PR campaign to assure American consumers that there is now little danger of buying a blood diamond on the retail market.

“DeBeers instigated its ‘Kimberley Process Certification Scheme,’ in which the source of a diamond is supposedly traceable to ensure that it does not come from an area controlled by the warring factions.

“However, the Kimberley process is just what it says it is—a scheme—for DeBeers to maintain world control of diamonds as a commodity.

“The reality is that now that diamonds are certified, the diamond workers of Sierra Leone, Liberia and Congo still make only about 30 cents a day and perhaps a cup of rice for 10 hour shifts digging or sifting for diamonds.

“While Sierra Leone has some of the best diamonds in the world, the majority of the people live in deadening poverty with a life expectancy of only 36 years.

“While DeBeers and the Western world make billions of dollars from the diamond industry, West Africans live with curable disease without an electrical grid or water purification programs.

“The atrocities perpetrated by the forces such at the RUF in the diamond wars of the 90s must be condemned. However, DeBeers and the so-called legitimate diamond industry are no different.

“DeBeers was founded by the brutal British colonizer Cecil Rhodes who was responsible for the slaughter of tens of thousands of African people throughout Southern Africa as he stole their land, cattle and resources. Cecil Rhodes massacred up to 5000 African people in one afternoon with machine guns, which he first introduced into Africa.

“It was the DeBeers Diamond cartel that forced African workers to crawl on their knees at gunpoint to pick up diamonds lying on the ground. It was DeBeers that engineered the apartheid system in South Africa and that remains the driving force behind the economy there where more than half of African working people still live in desperate poverty.

“It was DeBeers that fired all the striking low-paid diamond miners in Botswana two years ago, rendering them and their families homeless by evicting them from the substandard living compounds surrounding the mines.

“This protest is uniting with the efforts of African workers to build the African Socialist International, not for better wages, greater benefits or better housing as diamond miners, but for control of Africa and all its resources, including diamonds. We unite with the call for a United States of Africa and an end to the colonial borders that create division and maintain poverty and powerlessness in Africa today.

“Africa and all its diamonds are the birth right of African people, those in Africa and those dispersed around the world. White people can no longer take for granted that our lifestyle will come at the expense of other peoples. We unite with the call for Reparations to African people and stand in recognition of the fact that America was built on slavery and genocide.”

The protests pointed supporters to African People’s Solidarity Day, upcoming nationwide teach-ins that will raise money for electrification and water development projects in West Africa coordinated by the Uhuru Movement. The Uhuru Movement, headed by the African People’s Socialist Party, is also leading efforts to build the African Socialist International, working to unite the countries of Africa into a single nation and to put Africa’s resources in the control of African working people themselves. 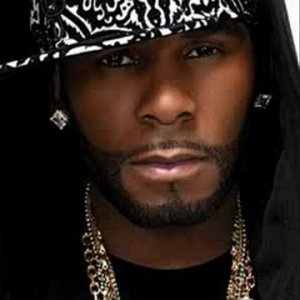