Black People Politics : NAACP Leader Rachel Dolezal Speaks Out: 'I Do Consider Myself to Be Black'


Who is Chassi Jay Gee?

shaka64 said:
Chassi Jay Gee wrote "The consensus appears to be that in pretending to be black, Rachel Dolezal didn't hurt anyone. For the record, that's untrue.

1. She filed fake police reports for racial discrimination and harassment (some of which she mailed to herself) that didn't happen at a time when hateful actions against black men, women and children are often not investigated or referred to as such. The FBI was investigating the "crimes" she reported.

2. She received a full scholarship to Howard for her Masters under this ruse, a scholarship that she likely received over another much deserving and honest black, woman applicant.

3. She was hired as a professor to teach Africana studies. Anyone in academia can tell you how slim the opportunities in academia are for black women; this professorship more than likely came at the expense of another black woman.

4. Based on information shared with social media, she used her power as a professor to mistreat black women who took her classes.

5. A white person teaching Africana studies in blackface? What the hell?

6. She was elected to a position of leadership as local NAACP president under the premise of being a black woman. (Note: white people have held leadership roles in these organizations before, but as white people and not fake black people)

7. She not only appropriated black identity, but while carrying on with this charade, exploited adopted black brothers and created an identity as a "victim" which turned into a rather profitable situation for her."
Click to expand...


... "The thing that the media's gotta be real careful about, that they're kind of overlooking, is the emotional context of what she means," Chappelle said about the embattled Dolezal. "There’s something that's very nuanced where she's highlighting the difference between personal feeling and what's construct as far as racism is concerned. I don't know what her agenda is, but there's an emotional context for black people when they see her and white people when they see her. There's a lot of feelings that are going to come out behind what's happening with this lady." ... 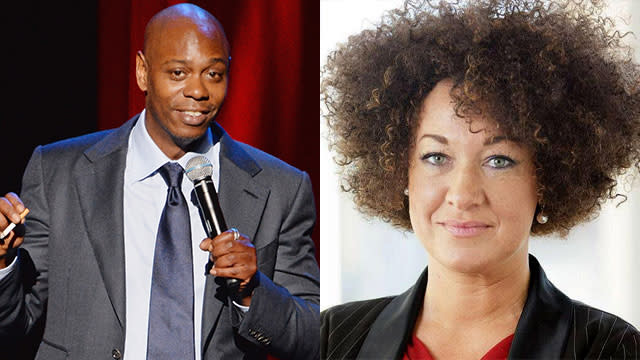 Dave Chappelle is showing some compassion for Rachel Dolezal, the 37-year-old Spokane, Wash. NAACP leader, who last week was outed by her parents for pretending to be black.


Rachel Dolezal stepped down from her position as the president of an NAACP chapter in Washington State on Monday – days after her ethnic identity became a national controversy.

The civil rights activist, 37, made the announcement in an open letter – posted on Facebook – to the organization’s executive committee and members ... 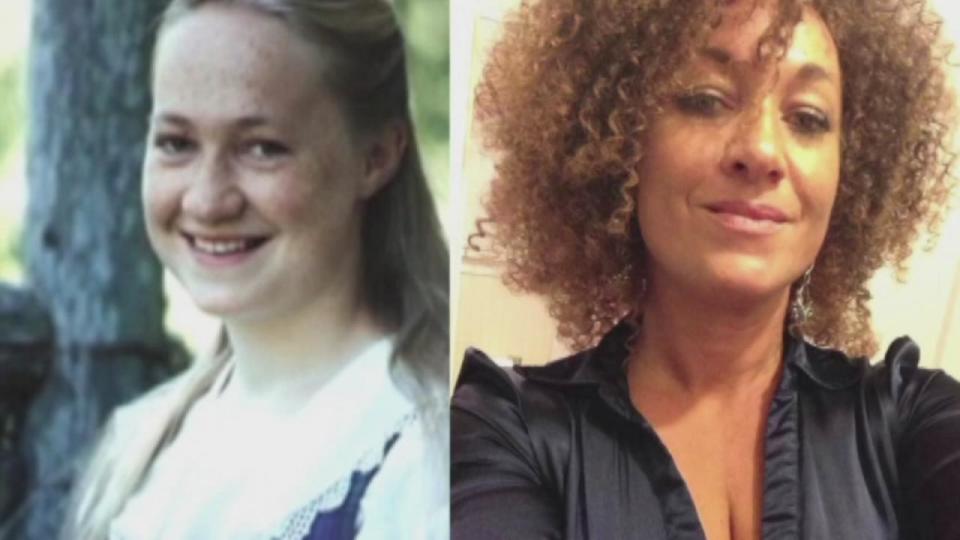 Spokane NAACP leader Rachel Dolezal says she will speak about the furor over racial identity sparked after her parents said she has falsely portrayed herself as black for years, but she is actually white.

a friend on another board

shaka64 said:
a friend on another board
Click to expand...

Okay, thanks for sharing that. Ask your friend his/her position on the bigger picture involved here, which is to say that the deep ancestry of White people, to include all people groups, traces back to indigenous Africans?


For example, what is his/her position on genetic anthropology?

What is genetic anthropology?

Genetic anthropology is an emerging discipline that combines DNA and physical evidence to reveal the history of ancient human migration. It seeks to answer the questions, "Where did we come from, and how did we get here?"


We have had robust and good dialog on this topic of Africans populating the whole earth, over the years. Here are a few, follow all links:


The Iceman Inheritance--There's a little Neanderthal in a lot of us
Discussion in 'Black People Open Forum' started by Goddess Auset333, Sep 16, 2007


And here's an excerpt and a link to my unchanging personal opinion concerning White folk claiming to be Africans, back in 2008:

To: Loyal Viewers of the “Cross,”

This subject matter speaks to a growing and sweeping phenomenon of Whites claiming Africa and/or African descent. The names of those participating in the recent exchange have been changed, altered or omitted for obvious reasons. The import is to brace us(black people) for what seems to be the ultimate take-over, our indigenous continental heritage ...

Nahshon
Moved back to the Borough of my birth...Queens New York...Originally from SouthSide but now I live in Far Rockaway.
Wednesday at 8:28 PM •••