Black Cypher said:
"They fly ~550k a day. They don't have to be a racist organization. But they had a problem which they refused to either deal with or acknowledge."

Wow! This is easy. AA flies 550k passengers per day. Given this extraordinary number of passengers being flown -do you think the only instances of poor treatment of passengers is limited to four people? Really? You know the answer. But answer this -what happened to the other non-black people that were treated poorly? Why have you not heard of their abuse? Who speaks for them? Why just these four? Ooops! My bad! I forgot -they're black.....

"Thus, the public embarrassment. Moreover, why do you ASSume their bad treatment wasn't because of their race?"

Well, let me answer your question with a question: What evidence or proof can you provide that they were purposely singled out by the alleged white AA employee’s because they were black and no other reason? You have none other than the AA employees were white and the passengers were black. Again -what other evidence other than differences in race can you provide? And according to your logic, if a conflict occurs, if one party is white and the other party is black -the whites are racist and initiated the problem and the blacks are helpless victims. Right?

"Blacks have a historical basis for their paranoia."

Agreed. History has thoroughly documented this. But I take issue when the only proof (according to you) you can provide is if a conflict occurs and it involves a white person and a black person -the white person is automatically at fault and guilty of being racist by default while the black person is an innocent victim. And the thousands of cases of non-blacks who are humiliated and ill treated by AA goes unnoticed and under reported. Once again, who speaks to the similar and like abuse they suffered? What? They don't count? What's up wit dat?

"What is your counter?"

My proof is that the NAACP had to issue the notice. Their MO is to negotiate 1st

Kemetstry said:
My proof is that the NAACP had to issue the notice. Their MO is to negotiate 1st
Click to expand...

Apparently you have some preconceived notions

On the flipside let's hear what the airline employees have to say about the airlines themselves.

https://www.glassdoor.com/Reviews/ <Just enter the airline name after the forward slash.

* wondering why the defense of AA and the swipe at NAACP * 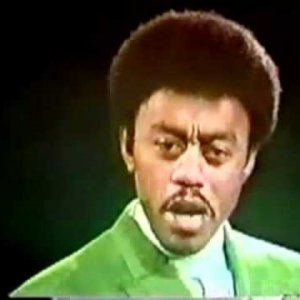