Black Relationships : My date with a man I met online

A couple weeks ago I logged in to my account at one of the Christian online dating sites.
From checking this site I realise that my ex is on it. I have been on it almost a year. This particular morning I decide to check my account and this man (with no photo) had winked. He said he was on for a week and he would like to contact me.

He gave me a cell number. Since I was cautious I did not respond. I opened a "faked" email address .

I sent it. He then gave me his first name. I refused to give him my name but gave him part of my first name..but not my telephone number. He kept sending emails saying he would like to contact me. I did some checking and found out that he was a member of the Lions Club, so I knew that his name was real.

Since he was so persistent, and honest I told him I would be willing to meet him. I then gave him my "real" email address.

First I called him at my work place, I told him to meet me there. He was adamant that he would not come. Since I had given him my home number he called me at home anxious to meet me. He had given me information on himself, he was divorced for about twenty years, has a son and a daughter.

I decided to set up the date. (I was never so scared in my life). I made a grave error in not letting anyone including my sons to know where I was going) He came to my home, (not inside) I got into the car and we went to have lunch at one of the places on the south coast that my son usually take me. (Looking back I think this was a mistake too) I was not sure what to expect. He was a tall man not very handsome. We ate our lunch and start to talk, he kept staring at me. Earlier that week my son said he was going to cut my hair and he gave me a kind of short hair cut, my hair is kind of soft and curly. When he saw my hair, he was like Wow that looks beautiful.

He wanted to take me to the shopping mall nearby, I told him prefer to sit and talk. Eventually about an hour and half he said to me. I have to go home and feed the dog. He then looked me in the eye and said.. I would like you to come and go home with me. I said Nope. He felt that in that one meeting I should declare my feelings for him. SMH.

He then took me home. I called my son and told him and we laughed..But then my son called back, he said, Mother how could you go out with a total stranger, you did not even let anyone know where you were going. What if he had kidnapped you. I said kidnap me in a public place. My son said.. please don't ever do it again.

I found out that his attorney is the same one that my daughter in law works with and he knows her. He is anxious for a relationship, but I told him I think we should just be friends. This morning he called and said he would like me to come and spend a week end with him. I told him flat, that is not part of my plan. I said to him, when I slept at a house with a man the man was my husband and I have no intention of doing that. He believes that eventually I will accept his offer.

Looking back I realise that I made a grave error something that online dating sites often say.. Always let someone know where you are and take your own transporation, I did neither and I really pondered on the whole thing and realise that I will not do it again.

He is a very friendly person, he is very involved with Lions International, and a few other groups, but what amazed me is that HE GAVE MY NAME TO HIS EX WIFE TELLING HER THAT HE MET A FRIEND.

I told him he should not have done that, but he says that he and his ex are now very good friends. He told me he has been under stress and since talking to me he was able to laugh again.

I know I would not have done what I did IF I had lived anywhere else, but I believed I took a risk which could have turned out ugly. Looking back it is an experience that I would never forget.

What's the big deal? Most people don't know the people the go on 1st dates with. That's the point of dating, to get to know people before settling down. Just make stronger choices to guard your safety. Tell people were your going. Drive your own car and mace.....

Bootzey said:
What's the big deal? Most people don't know the people the go on 1st dates with. That's the point of dating, to get to know people before settling down. Just make stronger choices to guard your safety. Tell people were your going. Drive your own car and mace.....
Click to expand...


Just make stronger choices to guard your safety. I agree

Thanks for sharing Sister ... i agree with you and Bootzey ... do more to safeguard yourself in the future.

While i'm very cautious, afraid even, to meet folk from a dating site ... it's something i've considered (never done).

I'm glad you got away safe, and hope he turns out to be a great friend and even more!

um, is your life insurance policy paid up to date? 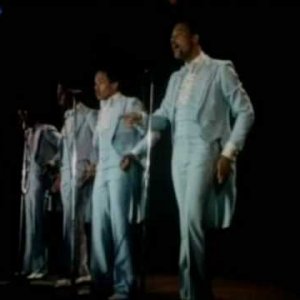