The Gratitude is for Allaah The Sustainer of The universe and Peace on who follows The Guidance. When a Muslim takes/states 'Shahaada' he/she has just exiled themselves from The World. All religion and all curricular science are breakage from 'Thou shall have no other gods before Me'. Religion and Science are departures from what Allaah has sent down i.e. Tawhiyd. So the 'Shahaada' is the return to one's true self.
When a Muslim performs WuDu, he/she has just quarantined themselves from The World's filth. The face and all of its holes and crevices, the hands to the elbows and even the feet to the ankles. Not only does this level of washing raise physical dirt from the skin but if one had a temperature, the body's extremities, i.e. head, hands and feet, are the best parts of the body to bring relief. The Prophet Muhammad (SAW) taught us to apply water to these areas at least three times; as he was taught this by The Angel Jibraa'iyl (SAW). After The Prophet Muhammad (SAW) performed WuDu, The Angel Jibraa'iyl (SAW) appeared to Rasulullaah (SAW) in the form of a man and performed Ghusl as it was recited in Qur'aan; then the Angel cupped his hands and filled them with water and sniffed water into his nose and snorted it out. The Angel (SAW) then said: O Muhammad, this how those before you were taught. And this is the reason The Prophet Muhammad (SAW) sniffed water through the nose during Ghusl, which makes the practice called WuDu. In The Holy Qur'aan, Allaah uses the word "Ghusl". The practice of Prophet Muhammad (SAW), sniffing water through the nose, it is now called WuDu. Sniffing water into the nostrils and snorting it out cleans the nasal cavity of what enters it during the course of breathing. However, it also readies the body for recitation of Allaah's Speech. The Prophet Muhammad (SAW) said: "...and recite The Qur'aan through your nose (i.e. 'yataghana').." which means, channel your voice through your nasal chamber as you recite Qur'aan (not just certain letters of The Arabiyyah/Arabic of Qur'aan). There are two nerves in the nasal chamber: The Lacrimal (responsible for tears) and the Accessory nerves. The Accessory nerve is a cranial nerve which is attached to every vital organ of the body, including the heart. This nerve carries the vibration of the voice into the organs of the body. The Words of Allaah are a Healing and a Mercy.
Quarantine? A Muslim already lives in Quarantine from the world and all of its evil. The Guidance of Allaah is a protection from the people who are loyal to the World, Shaytaan and The Jinn.
The hygiene of a Muslim and The comprehension of Tawhiyd is in fact isolation from the world and its departures from The Creator. Recitation and Acting on Qur'aan is the refuge of a Muslim/Muslimaati.
Shahaada.... means to witness. To see/perceive evidence of a thing and conclude. Allaah does not ask us to believe in anything and Faith does not mean, 'to believe'. Allaah asks us to THINK, as in Qur'aan 12:2 wherein Allaah says: I have sent Qur'aan so that you may learn to think. Define the word 'think'. It is to have a relationship with your memory. It is the ability to access what is in your memory. Allaah calls our attention to the sky and mountains and seeds and the wind... that HE alone is The Creator of these things. Existence IS evidence of Allaah, so we take 'Shahaada'. We witness that Allaah is the only Creator and that there is nothing like Allaah. " wa lam yukuwn lahu kufuwaan Ahad " And did not it be for Allaah an equal, any " 112:4.
So if a Muslim, in the region of where a pandemic is occurring should die, he/she dies a 'Shahiyd/Shaheed', which is The Arabic word for Martyr: One who dies in The Cause of Allaah.
Let the Muslimuwn/Muw'minuwn take patience and take refuge in what Allaah has sent down to earth. Let the Muslimuwn be a help to those in need and a model of Guidance for those searching. Let us speak words which direct to what is Right.
The Prophet asked: who are the martyrs? one replied, 'they are those who fight and then die in the cause of Allaah, o Rasulullaah'. The Prophet replied," then the martyrs of my ummah will be few. The Martyr is he who when they think of Allaah and death, cry.
Let us remember Allaah much and let us not forget about Allaah. Anything that is had, has been given by Allaah and anything that is lost is indeed with Allaah. To you be Peace.
You must log in or register to reply here.
Share:
Facebook Twitter Reddit Pinterest Tumblr WhatsApp Email Link 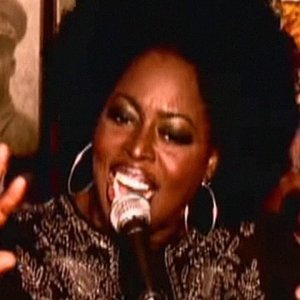