Black People : Muslims in the Americas before Columbus(of course, these Muslims were Black Africans)

Muslims in the Americas before Columbus
By Dr. Youssef Mroueh

Introduction
Numerous evidence suggests that Muslims from Spain and West Africa arrived in the Americas at least five centuries before Co1umbus. It is recorded, for example that in the mid-tenth century during the rule of the Umayyad Caliph Abdul-Rahman III (929-961), Muslims of African origin sailed westward from the Spanish port of Delba (Palos) into the "Ocean of darkness an fog." They returned after a long absence with much booty from a "strange and curious land." It is evident that people of Muslim origin are known to have accompanied Columbus and subsequent Spanish explorers to the New World.

(THIS REFERS TO THE MOORS, WHO WERE BLACKS, FROM AFRICA) The last Muslim stronghold in Spain, Granada, fell to the Christians in 1492 CE, just before the Spanish inquisition was launched. To escape persecution, many non-Christians fled or embraced Catholicism. At least two documents imply the presence of Muslims in Spanish America before 1550 CE. Despite the fact that a decree issued in 1539 CE, by Charles V, King of Spain, forbade the grandsons of Muslims who had been burned at the stake to migrate to the West Indies. This decree was ratified in 1543 CE, and an order for the expulsion of all Muslims from overseas Spanish territories was subsequently published. Many references on the Muslim arrival in the Americas are available. They are summarized in the following notes:

A Muslim historian and geographer Abul-Hassan Ali Ibn Al-Hussain Al-Masudi (871 - 957 CE) wrote in his book ‘Muruj Adh-dhahab wa Maadin al-Jawhar’ (The Meadows of Gold and Quarries of Jewels) that during the rule of the Muslim Caliph of Spain Abdullah Ibn Muhammad (888 - 912 CE), a Muslim navigator Khashkhash Ibn Saeed Ibn Aswad of Cordoba, Spain sailed from Delba (Palos) in 889 CE, crossed the Atlantic, reached an unknown territory (Ard Majhoola) and returned with fabulous treasures. In Al-Masudi's map of the world there is a large area in the ocean of darkness and fog (the Atlantic ocean) which he referred to as the unknown territory (the Americas).

A Muslim historian Abu Bakr Ibn Umar Al-Gutiyya narrated that during the reign of the Muslim Caliph of Spain, Hisham II (976 -1009 CE), another Muslim navigator Ibn Farrukh of Granada sailed from Kadesh (February 999 CE) into the Atlantic, landed in Gando (Great Canary Islands) visiting King Guanariga, and continued westward where he saw and named two islands, Capraria and Pluitana. He arrived back in Spain in May 999 CE.

Columbus sailed from Palos (Delba), Spain. He was bound for Gomera (Canary Islands) - Gomera is an Arabic word meaning ‘small firebrand’ - there he fell in love with Beatriz Bobadilla, daughter of the first captain General of the island (the family name Bobadilla is derived from the Arab Islamic name Abouabdilla). Nevertheless, the Bobadilla clan was not easy to ignore. Another Bobadilla (Francisco), later as the royal commissioner, put Columbus in chains and transferred him from Santo Domingo back to Spain (November 1500 CE). The Bobadilla family was related to Abbadid dynasty of Seville (1031 -1091 CE).

On October 12, 1492 CE, Columbus landed on a little island in the Bahamas that was called Guanahani by the natives. Renamed San Salvador by Columbus, Guanahani is derived from Mandinka and modified Arabic words. Guana (Ikhwana) means ‘brothers’ and Hani is an Arabic name. Therefore the original name of the island was ‘Hani Brothers.’

Ferdinand Columbus, the son of Christopher, wrote about the blacks seen by his father in Honduras: "The people who live farther east of Pointe Cavinas, as far as Cape Gracios a Dios, are almost black in color." At the same time in this very same region, lived a tribe of Muslim natives known as Almamy. In Mandinka and Arabic languages Almamy was the designation of "Al-Imam" or "Al-Imamu," the person who leads the Prayer, or in some cases, the chief of the community, and/or a member of the Imami Muslim community.

A renowned American historian and linguist Leo Weiner of Harvard University, in his book Africa and The Discovery of America (1920) wrote that Columbus was well aware of the Mandinka presence in the New World and that the West African Muslims had spread throughout the Caribbean, Central, South and North American territories, including Canada, where they were trading and intermarrying with the Iroquois and Algonquin Indians.


Geographic Explorations
The famous Muslim geographer and cartographer Al-Sharif Al-Idrisi (1099 - 1166 CE) wrote in his famous book ‘Nuzhat al-Mushtaq fi-Ikhtiraq al-Afaq (Excursion of the longing in crossing horizons) that a group of seafarers (from North Africa) sailed into the sea of darkness and fog (the Atlantic ocean) from Lisbon (Portugal), in order to discover what was in it and what extent were its limits. They finally reached an island that had people and cultivation.... on the fourth day; a translator spoke to them in the Arabic language.

The Muslim reference books mentioned a well-documented description of a journey across the sea of fog and darkness by Shaikh Zayn-eddine Ali ben Fadhel Al-Mazandarani. His journey started from Tarfay (south Morocco) during the reign of the King Abu-Yacoub Sidi Youssef (1286 - 1307 CE) sixth of the Marinid dynasty, to Green Island in the Caribbean sea in 1291 CE (690 AH). The details of his ocean journey are mentioned in Islamic references, and many Muslim scholars are aware of this recorded historical event.

The Muslim historian Chihab Addine Abul-Abbas Ahmad ben Fadhl Al-Umari (1300 - 1384 CE, 700 - 786 AH) described in detail the geographical explorations beyond the sea of fog and darkness of Male’s sultans in his famous book ‘Masaalik al-absaar fi Mamaalik al-amsaar (The Pathways of Sights in The Provinces of Kingdoms).

Sultan Mansa Kankan Musa (1312 - 1337 CE) was the world-renowned Mandinka monarch of the West African Islamic empire of Mali. While traveling to Makkah on his famous Hajj in 1324 CE, he informed the scholars of the Mamluk Bahri Sultan court (an-Nasir-eddin Muhammad III, 1309 - 1340 CE) in Cairo that his brother, Sultan Abu Bakari I (1285 - 1312 CE) had undertaken two expeditions into the Atlantic ocean. When the sultan did not return to Timbuktu from the second voyage of 1311 CE, Mansa Musa became sultan of the empire.

Columbus and early Spanish and Portuguese explorers were able to voyage across the Atlantic (a distance of 24,000 Kilometers) thanks to Muslim geographical and navigational information, in particular maps made by Muslim traders, including Al-Masudi (871 - 957 CE) in his book ‘Akhbar Az-Zaman’ (History of The World) which is based on material gathered in Africa and Asia. As a matter of fact, Columbus had two captains of Muslim origin during his first transatlantic voyage: Martin Alonso Pinzon was the captain of the Pinta, and his brother Vicente Yanex Pinzon was the captain of the Nina. They were wealthy, expert ship outfitters who helped organize the Columbus expedition and repaired the flagship Santa Maria. They did this at their own expense for both commercial and political reasons. The Pinzon family was related to Abuzayan Muhammad III (1362 - 66 CE), the Moroccan sultan of the Marinid dynasty (1196 - 1465 CE).


Arabic (Islamic) Inscriptions
Anthropologists have proven that the Mandinkas under Mansa Musa's instructions explored many parts of North America via the Mississippi and other rivers systems. At Four Corners, Arizona, writings show that they even brought elephants from Africa to the area.

Columbus admitted in his papers that on Monday, October 21, 1492 CE while his ship was sailing near Gibara on the northeast coast of Cuba, he saw a mosque on the top of a beautiful mountain. The ruins of mosques and minarets with inscriptions of Qur'anic verses have been discovered in Cuba, Mexico, Texas and Nevada.

During his second voyage, Columbus was told by the Indians of Espanola (Haiti), that Black people had been to the island before his arrival. For proof they presented Columbus with the spears of these African Muslims. These weapons were tipped with a yellow metal that the Indians called Guanine, a word of West African derivation meaning ‘gold alloy.’ Oddly enough, it is related to the Arabic world ‘Ghinaa’ which means ‘Wealth.’ Columbus brought some Guanines back to Spain and had them tested. He learned that the metal was 18 parts gold (56.25 percent), six parts silver (18.75 percent and eight parts copper (25 percent), the same ratio as the metal produced in African metal shops of Guinea.

In 1498 CE, on his third voyage to the New World, Columbus landed in Trinidad. Later, he sighted the South American continent, where some of his crew went ashore and found natives using colorful handkerchiefs of symmetrically woven cotton. Columbus noticed the these handkerchiefs resembled the headdresses and loincloths of Guinea in their colors, style and function. He referred to them as Almayzars. Almayzar is an Arabic word for ‘wrapper,’ ‘cover,’ ‘apron’ and or ‘skirting,’ which was the cloth the Moors (Spanish or North African Muslims) imported from West Africa (Guinea) into Morocco, Spain and Portugal.

During this voyage, Columbus was surprised that the married women wore cotton panties (bragas) and he wondered where these natives learned their modesty. Hernando Cortez, Spanish conqueror, described the dress of the Indian women as long veils and the dress of Indian men as ‘breechcloth painted in the style of Moorish draperies.’ Ferdinand Columbus called the native cotton garments ‘breechcloths of the same design and cloth as the shawls worn by the Moorish women of Granada.’ Even the similarity of the children's hammocks to those found in North Africa was uncanny.

Dr. Barry Fell (Harvard University) introduced in his book Saga America - 1980 . Dr. Fell discovered the exsolid scientific evidence supporting the arrival, centuries before Columbus, of Muslims from North and West Africaistence of Muslim schools at Valley of Fire, Allan Springs, Logomarsino, Keyhole Canyon, Washoe and Hickison Summit Pass (Nevada), Mesa Verde (Colorado), Mimbres Valley (New Mexico) and Tipper Canoe (Indiana) dating back to 700-800 CE. Engraved on rocks in the old western US, he found texts, diagrams and charts representing the last surviving fragments of what was once a system of schools - at both an elementary and higher levels. The language of instruction was North African Arabic written with old Kufic Arabic script. The subjects of instruction included writing, reading, arithmetic, religion, history, geography, mathematics, astronomy, and sea navigation.

The descendants of the Muslim visitors of North America are members of the present Iroquois, Algonquin, Anasazi, Hohokam and Olmec native people.

There are 565 names of places (villages, towns, cities, mountains, lakes, rivers, etc.) in USA (484) and Canada (81) which are derived from Islamic and Arabic roots. These places were originally named by the natives in pre-Columbian period. Some of these names carried holy meanings such as: Mecca (Indiana) - 720 inhabitants, Makkah Indian tribe (Washington), Medina (Idaho) - 2100, Medina (NY) - 8500, Medina and Hazen (North Dakota) - 1100 and 5000, respectively, Medina (Ohio) - 12,000, Medina (Tennessee) - 1100, Medina (Texas) - 26,000, Medina (Ontario) -1200, Mahomet (Illinois) - 3200, Mona (Utah) - 1100, Arva (Ontario) - 700, and many others. A careful study of the names of the native Indian tribes revealed that many names are derived from Arab and Islamic roots and origins, i.e. Anasazi, Apache, Arawak, Arikana, Chavin Cherokee, Cree, Hohokam, Hupa, Hopi, Makkah, Mahigan, Mohawk, Nazca, Zulu, Zuni, etc.
Based on the above historical, geographical and linguistic evidence, a call to celebrate the millennium of the Muslim arrival to the Americas (996-1996), five centuries before Columbus, has been issued to all Muslim nations and communities around the world. We hope that this call will receive complete understanding and attract enough support.


If you take one step towards Him, He runs 2 you!

muslims in the americas...

of that i have no doubt[look at some of the stone carvings in peru and mexico]we were here allright. 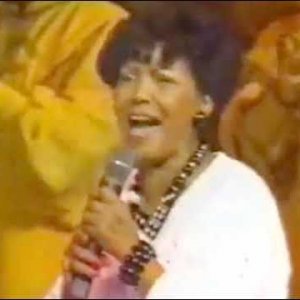