Nigeria : Muslims continue to blow up churches in Nigeria

info-moetry said:
Why? If you already stated that I don't really know. Then why do u insist on wasting both of our time?

U do this in every thread about muslims or islam. You play like u want to learn, then u fight against everything you're being taught by asking the same question over and over, even though it's been answered.

It's time for u to point yourself to IT.
Click to expand...

i am asking you to relate khemet into your overall picture.
i want to see where it fits relative to your original islam.
why is it that when i ask about that, there is a problem?
just lay it out for me. teach. i will listen.

omowalejabali said:
Some one asks about Kemet but they don't really want to know because they have not been taught the truth that 'God is a Woman'..
Click to expand...

god is not a woman. god is god.

info-moetry said:
Kem, i don't believe, nor trust you due to your track record of making up ish. Do you have A SOURCE that can be verified by myself or others that you can provide. What you have posted above sounds like you are talking about 20 or 30 years ago, if it is true at all.

"they discussed their politics regularly".....

Each1teach1 said:
If I can be extremely candid here: have a very difficult time trying to understand why people of African descent do not get the picture when it comes to western religions and the death hold it has on our people. I mean for me its a matter of simple conclusive logic and process of deduction. Exhibit A: African people have been on the planet for god knows how long but for sake of theory Im going to say 1,000,000 years. Islam and Christianity have not been around for even 1% of that time. They have less than 2100 years of existence between them. My question is what the heck do you think we were doing before all these western religions came along?? We certainly weren't blowing each other up and challenging each other to see whose inanimate idle could smash the others. Why not ? because that is foolishness is reserved to who? You guessed it fools; people with no knowledge of self, science or the universe. Whats even worse is that a fool in all his ignorance doesn't even care if hes wrong. His insanity will drive him to continue in error believing that he will attain different results after performing the same useless and futile tasks. Ignorance is a driving force in this era, ironic since this is supposedly the age of information where seemingly more of it has been suppressed than at any other time in human history. I said "seemingly" but thank our lucky stars for the internet. I digress. My main point is that before Islam and Christianity we were Africans in all our knowledge and glory. We created the engineering feats that the world had never before seen and has since been unable to replicate and we didnt do it by believing in bs and fighting one another. We did it using sound logic, spirituality and inclusion. We used what we KNEW and not what we beLIEved. At some point or another we allowed savages to come in with a sword in one hand and bunch of useless books in the other. In the words of one scholar "they told us to close our eyes and pray and when we opened them they had the land and we had the bible" feel free to insert any other western holy book you like. I wish I had a time machine to take "believers" back and show them just how their ancestors became Muslims and Christians... I wonder how many would give it up if they saw with their own eyes the terror and pain our ancestors endured while that crap was forced on them. The white man is sitting back enjoying watching African fools all over Africa and the diaspora kill each other up only making their job easier to come in a loot some more of the resources. It disgusts me to see Africans killing each other over these false religions.
Click to expand...

You do realize that Christianity is not a western religion, right?

jamesfrmphilly said:
it matters because there is a trend. around the world muslims are killing people. every war or terrorism seems to involve muslims.
Click to expand...


Oh, how well I know how you always "holdin' sumbody'sponsible for sumpn."

Not all Muslims are terrorists nor murderers.

.....kinda like in Kemet when Amenhotep IV changed his name to Akhenaten and introduced the "Aten" as the sole "sun god." --- He even had temples with the names and images of other gods on them erased/chiseled out.....instilling a "state religion," so-to-speak.

Then, after he died and other rulers (with other deities) ascended the throne, Akhenaten's name was also "erased" as they "re-instated" their gods/goddesses. 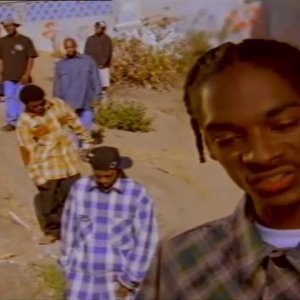