1. Hauwa Ibn Muhammad Ibn Uthman Ibn Hamm: She was the revered mother of the great Sheikh. Most of the sheikh’s early education came from this woman. It is from this woman that he got his famed genealogical link to the Prophet Muhammad (SAW). She was a direct descendant of the Prophet (SAW) and she comes from a very long line of scholars. Her great great grandfather was the very renowned scholar Muhammad Sanbo Ibn Maasiran. As a result of that, she turned out to be a very erudite scholar in her own right.
2. Inna Alfa: She was the stepmother of Sheikh Danfodio and the daughter of the very learned and acclaimed Malam Mudharagha. She comes from a line of very scholarly women. Her mother Jalle, was renowned for her scholarship in Islamic jurisprudence and so was her grandmother Faatu. Together with the sheikh’s mother Hauwa, they were his first teachers.
3. Sawdah Bint Fodio: She was one of the Sheikh’s sisters. She married Mustafa Ibn Abdurrahman, the man who was later to become the leader of the scribes for the Sokoto Caliphate. The position of scribe was reserved for people of deep and vast learning because the job involves the archiving of texts and the production and reproduction of rare and needed books by the scholars. Sawdah, who was eminently qualified, became her husband’s assistant. They shared in all the responsibility of his office. This gave her access to books only the most learned of the scholars of the time had. She was known and respected for the depth of her learning throughout the empire. Her mother Juda, was learned in her own right and she came from a long line of Islamic jurists.
4. Inna Kebbi: She was the Sheikh’s paternal aunt. Her father was the learned Uthman Ibn Saalih. Inna Kebbi was responsible for teaching the women of her village various aspects of the Islamic sciences. She was the mother of eight children all of whom became accomplished scholars. Among them was the erudite and saintly wife of the Sheikh, Maymuma, who was the mother famous Nana Asma’u. 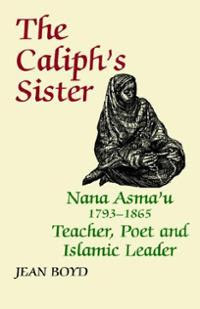 5. Aishatu Bint Muhammad Sa’d: She was a wife of the Sheikh. Abdulqadir Ibn Mustafa wrote about her in his work Salwat al-Ikhwan (in which he gave accounts of the elite sages and mystics around Sheikh Danfodio): “Among them was the female spiritual master Aishatu, the wife of Sheikh Uthman and mother of Muhammad Sanbo. She possessed an ample share of the traits of uprightness and spiritual excellence…she was known for her constant spiritual states and had reached the highest levels in asceticism, uprightness, piety, and complete spiritual struggle and discipline.” She had eight children, all who became like her, learned sages of high spiritual ranks. Among them were the famous Mo’Allah-yidi and Khadijatu.
6. Khadijatu Bint Uthman Ibn Fodio: She was the daughter of Danfodio from the above mentioned wife, Aishatu bint Muhammad Sa’d. She was among the daughters of the Sheikh that made the Hijra (migration) with him from Degel during the buildup for the Jihad. She was well-known for her spiritual rank, pleasing character, and the depth of her understanding in many diverse sciences. She was also an accomplished poet. Some of her favorite themes for her poems are; science of jurisprudence, piety, grammar, and Islamic history. She wrote in both Arabic and Fulfulde.
7. Nana Asma’u: I saved Nana Asmau for last because I simply didn’t know how to write about her in a blog post. There is just too much about her that needs to be stated that nothing short of a book can come close to doing justice to her (and there are books written about her). But I’ll give it a shot and state some of her major accomplishments.
Asma’u established perhaps the first NGO in her part of the world. The ‘Yan Taru Movement which she established with the aim of educating and enlightening women was very successful. She tutored and mentored women from different towns and villages. Upon graduation these women became tutors and mentors of the women of their localities. She was also an accomplished poet and scholar. She left behind several poetry collections. Like her father, Sheikh Danfodio, she wrote in four languages. She was also a social activist and a very close confidant and adviser to Sultan Muhammad Bello.

ALion_In_The_Winter said:
As salaamun alaikum, are you yourself Tijani?
Click to expand...

T
Black Muslims : Vibrainium and Wakanda: Properties of the Muslim salaat. Not Marvel 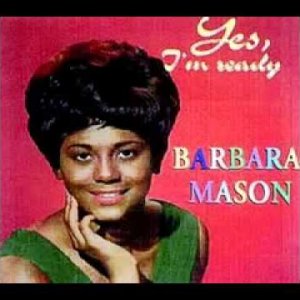