Black Spirituality Religion : Mud and pot are taken as simile for God and world during creation process

The primordial energy is called as Mula Maya or Mula Prakruti

The primordial energy is called as Mula Maya or Mula Prakruti

The forms of Maha Maya together constitute Maya

(The forms of Maha Maya are quality, color and shape, which together constitute Maya).

The cause is absolute plane and its effect is relative plane

(The absolute and relative planes are completely separate).

The cause is absolute plane and its effect is relative plane. Gold is the cause and chain is its effect. The lump of gold has no shape but its effect, the chain, has a specific shape. When you are talking about the beauty of the shape of the chain, the quantity or quality of gold is not touched. When you talk about the quality and quantity of gold, you should not talk about the beauty of the design of chain. The former is absolute plane and latter is relative plane. When you are in one plane, you should not bring the other plane and get confused.

(The spiritual preachers give commentaries standing in one of these two planes separately).

World is unreal for God

Distortions are not ment to Understand

Why is it at all nessary to change anything Natural to something Un-Natural in the first place? What is the motivation or intent except to confuse, trick, fool, hoodwink, bamboozel and altimatly to mis-lead and distroy those who have lost knowledge of "Self" through this "Indoctrination Process".

Nothing is soo confuse-ing as something that is Fabricated by men and women who take something pure and corrupt it and then give it back to the author as in "Stolen Legacy"...now returned as a thing poluted and spoiled.

Remember: The truth sets you "Free"...and not give you a headach try-ing to understand that you have been freed by the pure truth.

Question: Why would any one other than a oppressed person be concerned with the oppressed? Why would a wolf dress in sheeps clothing? And know that "Evil and Wickednes" never gives up and never quits and exploits ignorance and weaknes in order to survive and even exist in the first place.

Are we required to "Think"? Or are we just expected to listen and to except words that don't make any sence at all. Don't forget to bring your asprin.

Black Man and Black Woman...when the student is "Ready"...the "Master" will appear. We are instructed by our own "Origenal-Black" so-called Afrikan "Ancestors" to "Know Your Self"...First!!! Then every thing that don't make sence will let you know that it is false, evil, wicket and made to deceive those who don't know them selves and there for ignorantly looking for some one or any one who don't share the same ancestory and has "NO" relation to you or the Truth!

Why is it at all nessary to change anything ......ere for ignorantly looking for some one or any one who don't share the same ancestory and has "NO" relation to you or the Truth!

Everybody aspires the highest fruit through the easiest way. The easiest way is the path of knowledge, which does not require any sacrifice. The highest fruit is to become the very Lord right now from this moment onwards. They like the preacher to say that they should just come out of their house to receive a heap of infinite treasure lying down before the doors. Anybody will be happiest to receive the news that, he has become eligible to join the post of district collector in whatever stage of his study to the I.A.S. Examination he is present. The post is offered to the fresh student who just joined the I.A.S. Course and also to the student who passed the I.A.S. Examination. Both are equally eligible now itself to join the same post. If the preacher says that already both have joined the post and that they have forgotten this truth, now all the effort is only to recognize that they are the district collectors. This gives the idea that there is no need of any future effort. This is the mis-interpreted philosophy of monoism (Advaita) of Sankara.

Everybody is very much attracted to this path. The influence of this path is so much that nobody is coming out of this illusion. It is so sweet that they are unable to leave this state. The basic misconcept is to think that the self is the superself. Self is any living being in this world. Super self is the Lord. They just find one common point i.e., the pure awareness (Chit) exists in both. The Prime Minister and his peon have several common points like pure awareness, similar form of external human body etc. Both eat and sleep similarly. Both are married and both have children. Because of these common points can you treat the Prime Minister and His peon as one and the same? Based on one common point i.e., pure awareness, how can you say that self is superself? Veda says that by the order of the Lord, the Sun is shining. In summer due to sunstroke a human being is killed. Let the Advaita scholar stand against the sunstroke and order the Sun not to kill him.

When the disciples of Sankara thought that they are also the Lord, Sankara swallowed the molten lead and asked the disciples to do the same. Then they fell on the feet of Sankara. Then Sankara told "Shivah Kevaloham", which means that only He is Shiva. The word Kevala (only) is important here. Sankara while taking bath in the ocean at Puri told "Oh! Lord! Though the qualitative identity is in between us, the quantitative difference exists. The water is common in both the sea and the wave like the pure awareness in the soul and super soul. But the quantitative difference exists and one should not forget that the entire wave is in the sea but the entire sea is not in the wave". This is stated as a message for the sake of ordinary soul. These Advaita Scholars filter all the differentiating points and finally get the common point filtered down into the beaker as the filtrate. The differentiating points are the residue on the filter paper and the filtered common point is in the downward beaker. They see only the beaker but not the filter paper. Therefore, the whole spiritual path is twisted and confused almost all the human beings.

Seeing this situation the same Sankara came as Ramanuja and Madhva and clearly differentiated the superself from the self. Some devotees have come out of this illusion but several people are still lingering there only due to their unreasonable and unimaginable ambition for the fruit. Unless this basic concept is realized, all the stages of the spiritual effort cannot be healthy. The poison injected in the foundation has spread all over the upstairs of the construction. Your question has already assumed that self is super self. You have no doubt about that basic concept. Nobody likes to touch that basic concept. If that basic concept is analysed the entire castle of their ambition will collapse. They cannot tolerate to loose the highest fruit, which was captured by them by the easiest way of self-realization. Now for such self-realization, you are asking whether the meditation or the study of scriptures is the path. When the goal itself is absent what is the use of the path? It is something like asking whether one should pass eighth standard or ninth standard to become the district collector. Neither of these two standards can give you the post. By passing those two standards one can get the post of a peon. One has to pass the I.A.S. Examination for which he is eligible after passing degree examination, which is far from both those standards. These advaita scholars argue that the peon is the collector. They do not accept the existence of any higher post other than the peon.

The reason for this basic misunderstanding is the word "Brahman". As per Sanskrit grammar this word comes from the root "Bruhi-Vruddhau", which means that the root meaning of this word is greatness. Anything that is great can be called as Brahman. The soul is the most precious and greatest item of the creation and is called as Para Prakruti, which means the greatest of all the created items. The soul is included as a part of the creation (Prakruti) and is called as Para Prakruti as said in Gita (Prakritim Viddhi me paraam….). It is not Creator. If it is Creator it cannot be called as Prakruti. It is only the modification of food during evolution as said in Veda (Annat Purushah…). The same inert energy called as electro magnetic radiation working through a special unknown technology is life. The materials of the technology are known and the working inert energy is also known. But the special technology in which it works is not known and therefore, life energy is not synthesized so far. Only God knows that technology. 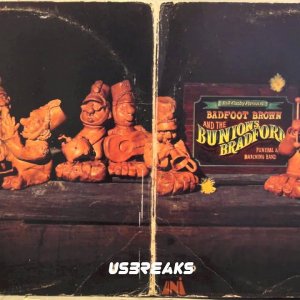