Black Spirituality Religion : Mud and pot are taken as simile for God and world during creation process

(The two parties supporting the mud and pot mock each other in the context of bringing water).

The mud and pot are taken as simile for God and world during creation process. The party supporting the existence of separate pot is mocked by the other party since the first party is unable to bring the water with the pot from which the mud is withdrawn by the second party. The reverse mocking also takes place because the second party which believes in the only existence of the mud also cannot bring water with the help of the lump of mud.

Both the parties are not aware of one scientific point here. In the lump of mud the bond energy binding the mud particles is absent. It is introduced in to the pot, when the pot is heated in fire. The bond energy binding the mud particles in a specific design is responsible for bringing the water. This important point is not noticed by both the parties of ancient logic and the fight between them is to be mocked.

(The simile is not complete in all aspects because the God is unimaginable and the world is imaginable. Moreover, the third factor, binding energy, does not apply to God).

(The work becomes different from energy due to the association of instrument. The work differs from notable energy and notable instrument by being unnoticed).
The above two versions are contradicting to each other. One says that energy and work are one and the same. The other says that energy and work are different. The conclusion of this contradiction must be given. We say that the work is basically the energy but it becomes different due to the association of instrument. The notable energy becomes un-notable work due to the association of instrument and hence the work can be neither identified as the notable work or notable instrument. The process of walking is work. It is different form the instrumental legs and also the causal energy. We can notice only energy and legs and the work, which is different from these two, cannot be noticed. The inert heat energy can be noticed by thermometer directly and the instrumental legs are directly noticed by the two eyes. But the process of walking as invisible work cannot be noticed directly.

(Since the work is un-notable, it is not taken as entity, but the work exists).

The awareness is the work

(The awareness certainly exists as invisible form of inert energy. Here the instrument is nervous system).

The awareness is the work and the entity is the inert energy produced by the oxidation of food. The nervous system is the instrument. From the above analysis, the awareness exists, but being un-noticed, it is of secondary importance and does not have the primary importance of entity. Awareness as work is quite different from the inert energy as well as the nervous system. It is the invisible form of inert energy due to proportionate conversion and certainly is having existence.

The work must be different from inert energy

The work must be different from inert energy
86) Na jadashaktireva kriyaabhaavaapatteh .

(We should not say that the work is simply the inert energy. If so, the new word, work, should not arise at all).

(If both are one, there should be no two words and both should not have separate existence).

If work and energy are only one entity, there is no need of the generation of two separate words like work and energy. If both are one and the same, as soon as energy is produced the corresponding work also must have been generated simultaneously. There should not be two subsequent stages of energy and work.

The consumption of energy and generation of work take place proportionately

(The consumption of energy and generation of work take place

proportionately in equal quanta. The instrument is not involved in conversion since it is not consumed at all in generating the work).
If both energy and work are different from each other, for the generation of every quantum of work there should not be corresponding disappearance of one quantum of energy in the body. For example, if one calorie of energy disappears, you have walked one mile. If you have walked two miles, two calories of energy disappear correspondingly. This means, only the energy is converted into work and not any other item like the instrument used in the work. By walking two miles the instrumental legs have not disappeared partially by two quanta like two calories. Hence, the instrument is not involved in the conversion in to work. Therefore, work is only another form of energy.

(The illusion of the relative plane is only for us and not for God, due to lack of practical experience of the absolute of plane for us at any time).

Even scholars can never cross the fundamental illusion of primordial energy

(Even the scholars can never cross the fundamental illusion created in the case of primordial energy, which is the space).

Even the scholars and scientists cannot cross the original illusion created in the space or Mula Maya. No body can cross the spatial dimensions and imagine anything beyond the space. The space or primordial energy is realized as work but its worker being existing separately other than the space (or beyond the space) could not be imagined by any scientist or scholar. The worker of primordial energy (work), God, can never even be realized and experiencing Him is absolutely impossible. A scientist or scholar can cross Maya and Maha Maya through realization of the worker, though crossing Maya and Maha Maya cannot be experienced. You can cross Maya and Maha Maya in realization at least, though not in experience. But you cannot cross Mula Maya in realization as well as in experience because the worker of Mula Maya (God) is not even realized. When some thing is not realized there is no point of experiencing that. Experience is a subsequent of realization.

(God’s view is only explained by us and not practically attained similar to the aspect of king to queen).

Once the absolute plane is mentioned, the relative plane does not exist

(Even in the case of human incarnation of God, the two planes do not co-exist to contradict each other). 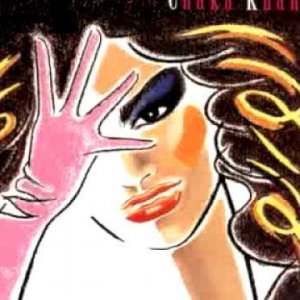