Black People : More proof black voices is a AOL white supremacist website that needs to be shut down

Here are a selections of racist forum topics:
P

First of all, I am not talking about black married couples having and raising their black son who by the way if the black dad is a good man will probably turn out that way also. I am not talking about single black women pregnant with black female or biracial male babies. But it seems the real problem only occurs with single black women trying to raise their black sons.

It seems many black men who were raised by single are full of rage and contempt for their black mom and other black women. They haven't been taught to be real black men because females are not equiped to teach boys to be men by themselves. It is easier for single black moms with biracial male children because their fathers are white and they can adjust and fit in with the majority better than the confused, angry black male.

Black men raised by single black mom, account for a large portion of crimes and the prison population. They are also most likely not seek higher education and become nothing but a drain on society. They whine up hating all black women and loving anything white because they hate themselves. So with all this unhappiness resentment and hatred that will occur from a single bw having a black son, would it just be wiser, first to use birth control or if you happen to get pregnant anyway to take an ultrasound asap and if it is a black girl baby then keep her but if it is the male fetus of a black dead beat dad, abort imedicately?

Since I have been on this site and other black sites, I am sad to say this but I am feeling more and more that the only black males that should be brought into this world should be the product of a black married couple[/QUOTE]

WHY R BLACK PEOPLE SUCH COWARDS??!!

First the tell our men to get vesectomies. Now they're telling us to abortt our men.

Like there are no angry white men. Like there are no white dead beat dads. Like there are no whites on welfare. Nody is telling them to get a vesectomyor abortion.
If you've been wondering where all the Black fantasy writers are, be sure to check out:
Rhonda Denise Johnson The Writer who Paints Pictures with Words
The cover for The Crossroads of Time was designed by Brotha Rapchild, a professional graphics designer, and video editor for the above trailer. 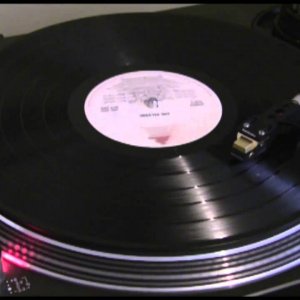