I’tikaaf means staying in the mosque for a specific purpose, which is to worship Allah, may He be glorified. It is prescribed in Islam and is mustahabb according to the consensus of the scholars. Imam Ahmad said, as was narrated from him by Abu Dawood: “I have not heard from any of the scholars that it is anything other than Sunnah.”

Al-Zuhri, May Allah have mercy on him, said: “How strange the Muslims are! They have given up I’tikaaf, despite the fact that the Prophet, Peace and Blessings of Allah be upon him, never abandoned this practice from the time he came to Madeenah until his death.”


The benefits of I’tikaaf

There are many hidden benefits in the acts of worship and much wisdom behind them. The basis of all deeds is the heart, as the Messenger of Allah, Peace and Blessings of Allah be upon him, said: “In the body there is an organ which if it is sound, the entire body will be sound, and if it is corrupt, the entire body will be corrupt. That organ is the heart.” (Narrated by al-Bukhaari, 52; Muslim, 1599)

What corrupts the heart most is distractions and preoccupations – such as food, drink, sex, talking too much, sleeping too much and socializing too much, and other distractions – which divert people from turning to Allah and cause the heart to be unfocused and unable to concentrate on worshipping Allah. So Allah has prescribed acts of worship, such as fasting, to protect the heart from the negative effects of these distractions. Fasting deprives a person of food and drink and sex during the day, and this denial of excessive enjoyments is reflected in the heart, which gains more strength for seeking Allah and frees it from the chains of these distractions which distract a person from thinking of the Hereafter by occupying him with worldly concerns.

Just as fasting is a shield which protects the heart from the influences of physical distractions such as excessive indulgence in food, drink and sex, so I’tikaaf offers an immense hidden benefit, which is protection from the effects of excessive socializing. For people may take socializing to extremes, until it has a similar effect on a person to the effects of over-eating, as the poet said:

“Your enemy was once your friend, so do not have too many companions,

For, as you see, most diseases come from food and drink.”

I’tikaaf also offers protection from the evil consequences of talking too much, because a person usually does I’tikaaf on his own, turning to Allah by praying Qiyaam al-Layl, reading Qur'an, making Dhikr, reciting du’aa’, and so on.

It also offers protection from sleeping too much, because when a person makes I’tikaaf in the mosque, he devotes his time to drawing closer to Allah by doing different kinds of acts of worship; he does not stay in the mosque to sleep.

Undoubtedly a person’s success in freeing himself from socializing, talking and sleeping too much will help him to make his heart turn towards Allah, and will protect him from the opposite.

During the period of I’tikaaf, the Muslim is not allowed to go out except in the case of definite needs which serve to facilitate his staying in the mosque for I’tikaaf. Apart from that, he should not go out, even if it is for a permissible purpose. So – for example – he cannot go out and walk around in the market-place, even for a short time, to buy things that have nothing to do with his I’tikaaf. If he goes out to buy siwaak, this will not affect his I’tikaaf because it is something that is required for his prayer during his I’tikaaf. But if he went out to buy a gift for his wife or for one of his children, that would invalidate his I’tikaaf, because the Messenger, Peace and Blessings of Allah be upon him, did not go out except in the case of “human need”, as mentioned above. So how about if the person in I’tikaaf goes out to do something haraam such as smoking cigarettes for example, or to watch a satellite TV show that he usually watches? Undoubtedly this would invalidate his I’tikaaf.

So if he goes out to drink wine or to smoke, this invalidates his I’tikaaf. In general, any going out for any invalid reason invalidates one's I’tikaaf, and more so if the purpose of going out is to commit a sin. Even when he goes out for a legitimate purpose, it is not permissible for him to light a cigarette on the way.

I’tikaaf is an annual opportunity in which a person can get rid of these bad habits by repenting and turning to Allah, and by weaning himself from these sins during the period of I’tikaaf, not giving in to his desires, and getting used to this.

This continual worship of Allah requires continual patience on the part of the person in I’tikaaf, which is a kind of training for a person's will and a kind of self-discipline for the soul which usually tries to escape this worship to turn towards other matters which it desires.


There is also the kind of patience which is required for dealing with the absence of things which a person may be used to, such as different kinds of food that he eats at home but which are not available in the mosque. So he puts up with having little for the sake of earning the pleasure of Allah, may He be exalted and glorified.

And there is the kind of patience which is required for putting up with the place where he is sleeping, for he will not have a bed put in the mosque for him, or a comfortable mattress on which he could sleep. He sleeps on a very modest mattress or even on the carpets in the mosque.

And there is the kind of patience which is required for putting up with the conditions in the mosque, the crowds of people around him, the lack of peace and quiet such as he enjoys at home when he wants to sleep.

And there is the kind of patience which is required for suppressing his desire for his wife, with whom he is not allowed to have sexual relations if he goes home for any purpose; he cannot even kiss her or hug her, even though she is halaal for him. Thus the value of patience, strong will power and self-control is manifested. Through these practices and others, a person can train himself to delay many of the things he desires for the sake of things which are more important, so he puts off these psychological and material needs for the sake of earning the pleasure of Allah, may He be glorified and exalted.


(10) Reading the Qur'an and completing it

This was the main purpose behind the I’tikaaf of the Prophet, Peace and Blessings of Allah be upon him. At first his I’tikaaf lasted for the entire month, then he did I’tikaaf during the middle ten days, seeking Laylat al-Qadr. When he learned that it is in the last ten days of the month of Ramadhan, he limited his I’tikaaf to these blessed ten days.


We ask Allah to help us to remember Him, thank Him and worship Him properly.


And Allah knows best. May Allah bless our Prophet Muhammad

There is a difference between the true teachings of Islam

And between the different traditions, customs and cultures of the peoples

A true Muslim adheres to the teachings of Islam

And the wonderful principles and values of the Holy Quran

Prophet Muhammad peace be upon him

Talked about all religious and material matters

Because Islam
Constitution and approach to life

By eating, sleeping and praying, taking a bath and making transactions between people

Religion is not just a ritual

Like other religions
most christians dont even follow their own faith, they just carry it as a sort of "name" in their ID card or on their facebook status

becoming a muslim, means to "give in to GOD and to honor and obey

There are many people, by the grace of Allah, who have converted to Islam
They left alcohol, gambling, usury and drugs

But before they converted to Islam, they couldn't leave all of these things

Doctors could not cure their addiction because they returned to addiction each time
Prisons couldn't keep them away from drugs
And all the other religions or systems could not help them
Islam, by the grace of God, is a way to protect and protect these people from bad things
There are many examples of converts to Islam, relatives and friends in society
You will be surprised to change their behavior for the better

Black Muslims : Most beautiful month in the year
4 5 6

Black Muslims : Where is Allah
2 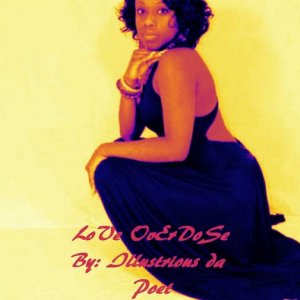