Welcome to the board AfriKing and thanx for the pics. Miss Botswana is on point...

But sista Botswana is very beautiful

Brothers and Sisters I want to call attention to a Bush proposal to grant temporary working rights to the country's estimated 10 million illegal immigrants (the majority of whom are from Mexico). Under this plan, immigrant workers can apply for 3 year work grants, under which they can stay in the country without the fear of deportation. This plan also gives immigrants the right to travel to & from the country. While immigrants are not automatically granted green cards, the process will become much easier. They can also continue to re-apply for subsequent 3 year work grants, if they do not have a green card when there work grant expires. In other words as long as an immigrant has a job, they can stay in the country forever!

This plan which Bush intends to introduce to the nation today (Jan 7, 2004), has HUGE ramifications for Black people. As everyone knows the economy is already in a depression (in my mind we passed the recession phase a year ago). Thousands of people are getting layed off monthly, many of whom are black, and many of whom struggle to find new employment. In a time where literally thousands of US citizens (both white and black) are struggling to find employment, it is sick to grant employment rights to illegal workers. Although this negatively effects many Americans it mostly affects us. For the last 20 years Latinos have taken jobs which used to historically go to Black people. Janitorial services and meatpacking (while menial work) used to be dominated by a unionized well paid black labor force. Now however they are dominated by a non-unionized immigrant labor force, who I might add have decreased the pay for these positions. For those of you who live in an area that is heavily populated by Latinos I'm sure you will have noticed that jobs which once went to Blacks (like fast food, retail, car sales), and now going to Latinos. I'm sure you that you have noticed that low income loans and housing programs that once focused on Blacks are mostly going to Latinos. All of this would be a positive if it meant that Blacks as a community are moving up in society, but that isn't the case.

What I see happening is a Bush/Republican agenda to further increase their power by catering to potential Latino voters, and at the same time to further castrate Black America. I've always felt that the number of blacks who are imprisoned served two purposes: When people are jailed they lose their suffrage (voting) right, and in many cases their employment rights. By jailing millions of Blacks (men & women), the political & economic power of the Black Community is severly dimenished. Legalizing millions of illegals furthers this trend. We all know that the last presidential election was decided by only 400 votes. Latinos (Cubans) in Florida are credited with being the deciding factor in the 2000 election. Many of whom switched from Democratic from Republican over the Elian Gonzalez issue. With Latinos surpassing the Black population (many of whom don't vote), and if Republicans win over the Latino vote, they will have all the votes they will need to say in office for years to come. If a presidential administration (or state/county) does not need the black vote to stay in office, then it does not need to address our needs. If a political administration does not need the black vote to obtain an office.....then it WILL NOT address our needs. We are witnessing an overt attempt to rmove Black America as a relevant sector of the US!

While I have mainly focused on Republicans, in truth Democrats can very well do the same thing. This is further proof that it is almost impossible for Black people as group to succeed. in American society. Our fate is not in our hands, as long as we continue to comply with the standard political/economic structure. It is also further proof of the need for black employers, and ultimately a United States of Africa (see the PanAfrican forum). As long as we continue to rely on whites for employment we will continue to be subject to their whim (passed over for who they see fit). In the mean time however, we need to mobilize and vote in mass this coming election. We need to express our concerns to politicians in our community, and replace any (including sellout blacks) who aren't working for us. We need to start investing in our own communities. But most importantly we need to Wake UP!
S

I just saw this post about my pic and I am fluttered that I am so admired. I didnt really think much of those pics but thanks Afriking!!!
P

Swati said:
I just saw this post about my pic and I am fluttered that I am so admired. I didnt really think much of those pics but thanks Afriking!!!
Click to expand...

Welcome to Destee.com Swati, we have an extensive forum on African culture that I hope you check out. I missed this post when it was 1st presented. While I would express myself a little differently than brother Afriking did, he does have an important point about the beauty of African women (a beauty that is overlooked by many in the world). I have a thread in our PanAfrican forum celebrating the beauty of people in the African Diaspora: "Celebration of Blackness":

Botswana : In Context Series: A History of Botswana's Seismic Network 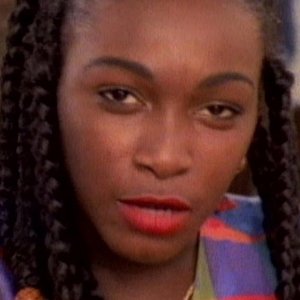