An interesting docu regarding some of the psycho/sociological and philosophical underpinnings of 'political correctness'.

One of the things that interest me was the discussion, of how individuals who have strong feelings and healthy relationships toward ones family, identity, culture group, a religion, a race etc was and or is deemed problematic or a sign of pathology. A "repressive structure". Yet having anxieties about identity, family, group etc is considered an "ideal liberal" (acceptable) "personality". And also, going about life in what they call "extreme individualism" (which to me seems like what I would call 'rugged individualism'), as the way more acceptable means of going about life. This idea or concept falls under what they called "the authoritarian personality". A study created by a group of german jewish intellectuals in the 1920's who formed "the frankfurt school" who later migrated to the u.s..

There has been a number of discussions on Destee, directly and indirectly, on some level regarding individualism vs. collectivism. Given the info in the documentary, it lead me to wonder that if what we have come to know about individualism came out of these jewish intellectuals experiences of insecurity and anxiety (given their history of discrimination and worse), has conducted that which was absorbed into today's general social thought and social construct.

Interesting, one on the docu states, that they never pressed upon this concept towards jewish folk.

..Check it out the docu if you have the time.
I am interested in what you think and how what they have revealed may (or may not)
relate to what's going on where individualism/collectivism in relation to "political
correctness" is concerned nowadays.
You must log in or register to reply here.
Share:
Facebook Twitter Reddit Pinterest Tumblr WhatsApp Email Link 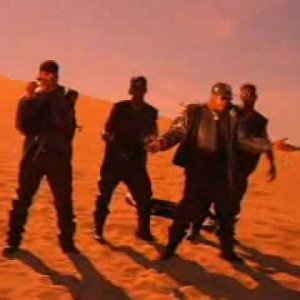