First, the day: It was a brilliant autumn morning 15 years ago Oct. 16 when nearly a million black men assembled peacefully and purposefully on the National Mall in Washington D.C., to talk, show our mutual support and urge one another on. An almost cloudless sky, I remember, was bluer than reality; the air was crisp and cool and crackling with energy; and the mood was joyous, almost triumphant, as though we were gathered in a huge, roofless church. Even now, the Million Man March remains as magically perfect as any single event I've ever witnessed.
But then there is this: The 5,475 days that have followed the Million Man March have been as dark and bleak for African-American men and their families as any in my lifetime. As we were gathering in D.C., powerful, reactionary political forces in our nation were coalescing to send more of us to prison, cut our jobs and wages, swindle us out of our homes and health care, and deepen the misery in our communities. And so, for me, any celebration of that wondrous October day is tinged with more than a little sorrow that we squandered our best opportunity to arrest black America's inexorable slog to Gomorrah.
The reality is that since 1965 -- when I was born -- black America has never had so many of our own in jail (in terms of absolute numbers or as a percentage of our overall population); seen more "good" jobs disappear; been sicker; experienced a wider income gap within our community; and, most important, seen more of our material gains reversed than we have over the last 15 years. This is true in almost all areas, including housing, educational outcomes, widening of the income gap and representation in trade unions.
Yes, in the aftermath, we elected our first black president, which many see as a major step forward for African Americans. And in some ways, that is true. But I would argue that using the election of Barack Obama as proof of black progress is central to the problem. His presidency has not stalled the downward spiral of so many African Americans. You would be hard pressed to identify a period over the last 45 years when black politicians have been less responsive to the black polity. In other words, while Marion Barry and Coleman Young and Harold Washington might have been flawed, they were ours .
No one would say the same of the Adrian Fentys, Cory Bookers and Harold Ford Jrs. of the world. We're living in different times, times that we could not have foreseen 15 years ago as we gathered on the Mall.
"The powerful visual image that the march projected of a million black men gathered in solidarity was unlike anything we had ever seen in this country before," says Nellie Bailey, an African-American woman and executive director of the Harlem Tenants' Council, which advocates for affordable housing in New York City. "And even as a feminist, I didn't object so much to the exclusion of women. After a 400-year campaign to emasculate black men, the assertion of black manhood and of a responsibility to community and family was very important."
But what disappoints Bailey is the fragmented response that the march offered to growing systemic problems. "When we organize people, it has to be around something more than this idea of individual faith and personal responsibility," she says. "The march should have capitalized on all this energy by providing people with concrete ideas for how to go home and build the institutions and infrastructure that we need to make real demands of our government."
By the time of the march, Congress had already passed the North American Free Trade Agreement, which opened the floodgates for employers to ship good-paying manufacturing jobs overseas, and the Clinton administration's omnibus crime bill, which eliminated inmate educational programs and accelerated the growth in the nation's prison population. Both actions had a greater impact on black men than on any other demographic group.

But it was nearly a year after the march that lawmakers approved Clinton's plan to withdraw financial support from poor, single mothers. And it wasn't until 1999 that Congress razed the New Deal-era firewall preventing investment banks from gambling with depositors' money, which led to the housing bubble, gentrification and, ultimately, the greatest loss of wealth for African Americans in history.

Moreover, in 1995, the public debate over school reform still included the wide disparities in funding for rich and poor school districts, and had not devolved into the blitzkrieg against teachers unions that dominates the discussion today.
A more organized and concerted campaign from African-American grass-roots groups to exert greater political pressure on the body politic might have produced solutions that narrow, rather than widen, the racial divide. This has turned out to be particularly important as the nation grapples with a new normal of high unemployment, low wages, and a destabilizing inequality between the rich and everyone else.
For all its stunning symbolic power, however, the Million Man March failed to take the next step, which was converting the rally's energy into a viable political and social movement to combat the ultraconservatism that was beginning to take hold in the Republican Congress, and deflect a rightward shift in the White House as well as in statehouses across the country.
"There is something very empowering about marshaling that number of people," says Roderick Harrison, a political science professor at Howard University who attended the march. "The problem is that there was really nothing to do when we got home."
The Million Man March, Bailey says, really provided the country with its first glimpse of an evolving, post-civil rights generation of black political leaders that is very different from that of A. Philip Randolph, Dorothy Height or Martin Luther King Jr. The leadership during the civil rights era had a very clear vision of the implicit social contract made between citizens and government in a democracy. King or Height or Randolph may have very well reminded marchers of their personal responsibilities to their families and communities, but they almost surely would not have missed the opportunity to remind elected officials that they have obligations to fulfill as well.
"This is what is absent from the leadership in the black community, "Bailey says. "There is no independent analysis of the factors that are largely behind the chaos in our communities. I applaud any effort to prod black people to spend more time with their children, to work harder, pray more, but there's got to also be some articulation of the fact that we can do all of that, and if we continue to have an economy based on speculation rather than producing goods, we are still going to be holding the short end of the stick."

wow........so what common solution we can bring forth before it's too late ?
Poetic flow, Poetry of a poet! Be a Premium member today and enjoy all the fruits .

Then we must forge an economic plan

Jesse Jackson and Company's recent efforts probably didn't rally enough people to merit many photo ops or soundbites as far as the local or national news program's producers etc. felt or thought, via the here and now:

But is that their real intent or purpose, any more than those Million Man Marchers, awhile back was either?

What did and does matter is what Jesse Jackson (among others) have said and done, more than once:

Otherwise I never considered people like Bill Clinton my 'great white hope' to begin with...

My and our hopes should be based on each other!

Black People : FEDERAL TRADE COMMISSION -{ $141_ MILLION from University Scam } Look Out There Are ( 100's ) of These Listed Scam's 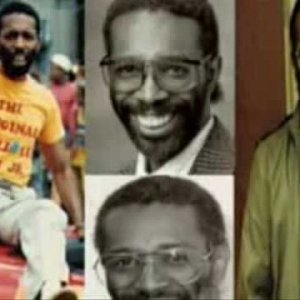