PLANETS IN THE SIGNS

These are tireless workers, and prefer to work in some endeavor that has humanitarian benefits. They have great desire for material gain, but are not greedy. They are willing to work for what they want, and do not demand more than their fair share. Because they take their work seriously, they are usually a bundle of nerves inside; this can make them get ill frequently. However, to outward appearances, they seem to be calm. With Aquarians, what you see is what you get . . . they do not put of facades or affectations. They have great dislike for hypocrisy. These are determined, stubborn, and often argumentative people. They have the ability to stir up much dislike toward themselves. People born under the sign of Aquarius tend to be tactless, independent, naive, broadminded, dogmatic, rebellious, and impersonal. They have an interest in helping others, making friends, studying astrology, and politics.

These are optimistic, cheerful people who love the outdoors and foreign travel. They tend to be idealistic, often overly idealistic. They usually follow traditional religious and philosophical views. If adversely aspected, they can be nervous, restless, and discontented most of the time. With positive aspects, they are little rays of sunshine in everyone's life.

These are big thinkers, large scale thoughts, often concerned with masses of people (the public). No time wasted here on small or petty thinking. These are usually open minded people who seek truth. Mercury is strong here and often confers a highly evolved mind – intuitive, or concerned with the betterment of humanity. This is an excellent position for astrologers or for occult disciplines in general. These people seek mental stimulation through friends and groups of people.

Ambitious, calculating, dependable. They often seek a marriage partner who will increase their station (status) in life. They show their emotion in their actions rather than in words. They are proud and reserved and are often perceived as being snobbish. In public they suppress their emotions and sexuality, but can be quite demonstrative in private. If they marry young, they quite often seek an older, mature partner. Conversely, if they marry when they are older, they often seek a much younger partner. They are loyal to those they love. Sometimes these people choose careers as antique dealers or work in art galleries and museums. In extreme cases, they are overly concerned about money or status to the exclusion of everything else.

A great deal of willpower, creativity, and energy are associated with this placement. Usually there is much self-confidence and leadership ability. These people must be the center of whatever is going on; they demand attention. Frequently they are egotistical and are show-offs. They are strongly opinionated, and often make enemies because of it. There are only two ways: their way and the wrong way. They have strong attraction to the opposite sex. The men are masculine and proud, but they do tend to lose their hair at a young age. In extreme cases, they can be brassy and unpleasant to be around for very long. Sometimes they are domineering, and believe they are infallible.

If this Jupiter has aspects to Uranus, Neptune or Pluto there will most likely be considerable psychic ability and great intuition. These people are extremely compassionate and understanding. In extreme cases, these people can be weak and selfish.

Often these people gravitate toward organizations because they need to work with groups of people. As with all Saturn positions, this one also has ambition and the desire to be in charge. In any case, most often they want jobs that deal with the public such as clerk in a store, sales work, politics, or championing some humanitarian cause. If Saturn is well aspected, they are honest, responsible, friendly, and have good judgment. If poorly aspected, they can be selfish and domineering and demand that others follow their rules.

Original, yet practical, ideas with regard to work. Probably many changes in employment. Sometimes erratic health problems.

Loose morals and clairvoyance are associated with this aspect.

With Michael Jordan's Sun at 27° 49' Aquarius, which is between 21° and 30° Aquarius, his Sun has a Libran influence and is more peaceful, harmonious, fair, and cooperative than a traditional Aquarian.

Creative self-expression is usually blocked by the person's family. They usually have difficulty getting along with the opposite sex. They feel insecure.

It is difficult for others to get along with these people because they insist on everything having to be done their way. They also tend to be irritable and tense, making others feel uncomfortable. They do crazy things for no good reason other than because they felt like doing them.

Neatness, cleanliness and good hygiene are associated with this aspect. These people are good communicators. They also have good memories.

Controlled, constructive emotions. They will fight for what they believe to be right. They combine action with imagination.

These people usually have ingenuity and great talent, but also tend toward perversity and have sudden mood swings. Often their life is plagued with misfortunes that occur suddenly, such as accidents, ill health, catastrophes, etc.

These people are prone to argue at the drop of a hat, which makes them unpopular. They are unable to see the other person's point of view. They love to find fault with others.

Keen artistic imagination go with this aspect. In a weak horoscope, these people are likely to be lazy and rely on help from others.

These are definitely romantic people who have strong sex drives. They have an intense emotional nature and often fall in love at first sight.

These people are frustrated, and they use violent, aggressive action to cover-up their own fears and inadequacies in relation to others. Their own ambitions are often thwarted by others. In extreme cases, criminal tendencies may appear.

Drug, alcohol, and sexual abuse are associated with this aspect. In heavily afflicted horoscopes there may be dishonesty or even criminal activity.

This is primarily a psychic aspect, conferring the ability to interact with cosmic consciousness. They prefer to live near the water and away from urban centers.

There is conflict with others because these people have persistent determination to indoctrinate others with their religious and philosophic views. These people generally lack humility.

Fear of being inadequate and an inferiority complex go with this aspect. Others tend to shun these people because of their peculiar behavior. Various phobias are often connected with this aspect.

This occurs about every 115 years, affecting an entire generation. In individuals, it can confer some psychic ability.

So i see why he was so dominated in his playing days
Poetic flow, Poetry of a poet! Be a Premium member today and enjoy all the fruits .

Yes indeed! You may also recognize how as he got older, he became more determined and focused as well.

K
Black Astrology : The Significance of My Birth Date
2 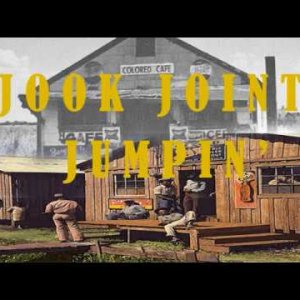