Angela22 said:
I'll have to get back to you on this, Kem, because you're always all over the place.

IFE said:
Guys don't get pregnant. That is your choice by law. Protect yourself in the clinches. And quit whining

And collect child support from the father. This is why we need child support. For those men who like to think the woman is responsible for the child because SHE didn't use protection. Where was his protection.
That's OK. Put him in the Child Support System. Pay to play.
Click to expand...

But, two thirds of you don't do that. Moreover, most of you know you are mating with a guy who isn't father material

Chevron Dove said:
Is it a myth or imagination in that it seems that many of the Black movie stars, Black men and Black women date white people?

And they represent a very small minority. There are over 40 million Afrikans in this country, and over a billion in the world!!!

Chevron Dove said:
But it's been my experience that they greatly influence the masses of black Americans. And it's been my experience that is worse in the masses. I had two sons go through the school system and they Black friends were very blunt about dating white girls. and, it was that same experience when I was in the school system back in the 1980s in Southern California. All of the black young men that were popular, the cool guys, sports or otherwise, dated white girls on a wide scale.

Because I was popular too, most of the same Black guys though that dated the white girls were still very nice towards me, and I adored them still. But there were always the REAL DISRESPECTFUL BLACK guys that were very disresptectful and make a point of publicizing that they hated black girls and only wanted white or Mexican girls. This is and has been common, and I just don't understand how you and other black men ignore this issue.

The black guys that one of my sons were associated with were very blunt about dating white girls and very negative about the black girls and, tried to encourage my son to take a white girl to the prom... I confronted him on this issue and told him not to disrespect the black girls.

If a Black man obsesses over white women, it shouldn't be based on 'hating black women' [their own mothers] but, it should be based on the person, and this issue is common. Angela22 is right. She's dead on it.
Click to expand...

If a black man obsesses over white women his mother, the first teacher, is to blame!!! A fact, not opinion, often overlooked by the black women most likely to condemn the obsession!!! I concur in the condemnation.
You must log in or register to reply here.
Share:
Facebook Twitter Reddit Pinterest Tumblr WhatsApp Email Link 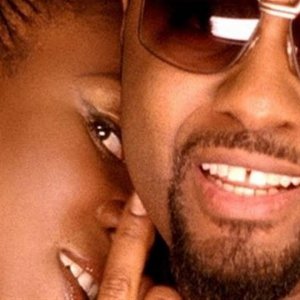