I need your help. destee.com will be 25 years old in October and I don't know that we'll make it. It is hard to keep us alive right now. Our costs have only increased over the years. We have all put our love into this community, but love is not enough to keep the lights on. destee.com needs your financial help too. We are the oldest, most respectful, online black community in the world. Please help us remain. Click the Donate button below or CashApp $8664destee - Thank you.
Donate
D

...Sudanese Arabs are practically just Islamic Nubians...they're about as ethnic 'Arab' as Afroamericans are ethnic 'English':

"The Jaaliyin are Arab tribes dispersed over northern and central Sudan, which lies in the Horn of Africa. The vast majority of Jaaliyin worship as Sunni Muslims and speak Jaali, a dialect of Sudanese Arabic which is not intelligible with modern Arabic."
~http://archives.tconline.org/news/lastfrontier/archive/Jaaliyin.html

"The Jaaliyin claim to be direct descendants of the prophet Mohammed, the founder of the Islamic faith."
~http://www.sudan101.com/Jaaliyn.htm

....^^^^this is why they (the Sudanese "Arabs") are never actually shown on television -- the image/reality would go against the propaganda.

...this is the ruling class of Sudan (the so-called "Arabs"):

Thank you DreamFunk for high lighten that most of those "Arabs" in the Sudan are actually black. However, just try telling them that and l promise you that you'll receive a very violent reaction. We should REALLY pay attention to what is occurring in that country because it illustrates several important topics:

*What has been happening to Black people for many thousands of years (even before the invasion of Africa by the Arabs).

*The destruction of Black civilizations through colorism (i.e. the conflict between the mixed-race people and Blacks themselves).

*The current (yet ancient) subjugation of Blacks through White supremacy.

*The future of Black people.

Coming back to your current issue of Black Arab Sudanese. You must understand that Arab culture is similar to that in the U.S with regard to the one drop rule...only reverse (i.e. if you have one drop of Arab blood you're Arab). Those "Arabs" shown in your pictures are for the most part the descendants of Black Nubians and their Arab conquerors. Some off course are actual Black people who deny their Blackness so that they can be like their masters. Look at what's happening in Dafur; the Muslim people in that region once considered themselves "close" to Arabs when the war was being carried out against the Dinka and other peoples in the southern part of that nation. They sided with the Arabs in their jihad against the southern people; but once a truce was called in the war against the south, the Arabs simply turned around and attacked their former Darfuran supporters.

Oh, and don't get it twisted DreamFunk those same Arabs in southern Sudan are treated horribly in other Arab countries by the White Arabs (YES, Arabs are White).
C

DreamFunk said:
....^^^^this is why they (the Sudanese "Arabs") are never actually shown on television -- the image/reality would go against the propaganda.

Help me out Black man. What propoganda are you refering to? It's so much out there that I don't want to assume.
E

Chucky said:
Help me out Black man. What propoganda are you refering to? It's so much out there that I don't want to assume.
Click to expand...

Chucky, the "propaganda" DreamFunk is referring to is that the genocide in Sudan is being perpetrated by Arabs against Blacks. In his/her world all Black misfortunes are done by Blacks against Black. Thus, according to DreamFunk, Africans mercilessly sold themselves into slavery for thousands of years; Blacks colonized themselves; the current poverty that Blacks face across the world is the fault of Blacks themselves, etc.

Sudan : "Sudanese man being publicly beheaded in Saudi Arabia for being a 'sorcerer'" 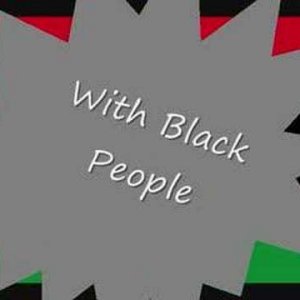