The survey studied coverage of Africa between 1994 and 2004 in the New York Times, Washington Post, Wall Street Journal, USAToday and U.S. News and World Report. Disasters in Somalia, Rwanda and West Africa dominated, while transitions to democracy in Nigeria, Ghana, South Africa, Namibia, Mozambique and elsewhere were ignored, they said.

The leaders - from Ghana, Tanzania, Cape Verde, Mauritius, Zambia, Benin, Botswana, Kenya and Burundi - said they were not calling for journalists to cover up Africa's problems, but for them to report the positive things as well. "Coverage of Africa...is, at best, dismissive of the continent's progress and potential," Chissano said after the meeting at the University of the Witwatersrand. "At worst, coverage disregards recent trends towards democratisation, betraying an almost contemptuous lack of interest in the potential and progress being achieved on the continent," he said.

Former U.S. diplomat Charles Stith of Boston University, which conducted the research, said U.S. journalists had ignored huge steps forward during the period studied. "The period was chosen because there was a distinct and powerful trend along democratic lines and to free market reform on the continent," he said. "The coverage of Africa was overwhelmingly negative."

Notice everytime they show Africa and Asia on television, it's always under a dul greyish type of cast.

For a long time, I didn't think any vegetation grew in Korea because everytime I saw it on American television I just saw grey buildings, wide streets with big military trucks rolling down them and men marching.


Everytime they show sub-Sahara Africa all they show is men in camuflouge looking crazy as they shoot up villages; or piles of dirty women and children sitting around half naked crying and looking pitiful.

Just like in those "Feed the Hungry Children" commercials.

I think the media and these Televangelist ministers swap the same video footage.

THAT is why we need to create our own Television stations and networks.

THAT is why we need to create our own Television stations and networks.
Click to expand...

Would nudity and profanity be allowed? 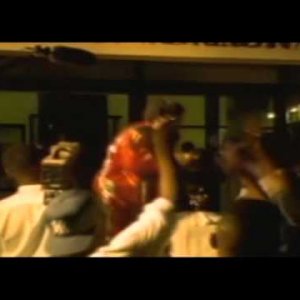