Victor Ortiz is not Manny Pacquiao. But style-wise, Victor Ortiz does not have to be Manny Pacquiao. Styles make fights, and when you put an action-oriented, straight-ahead fighter in with one of the best counter-punchers and defensive wizards in the history of the sport, the chances of it going 12 rounds are minimal. As Mayweather said: “He’s looking for the knockout. I’m looking for the knockout. This fight ain’t goin’ 12.”

Even when Ortiz is losing, he is hitting people with bad intentions. One of his two losses was by disqualification because he hit his opponent (Corey Alarcon) while he was down and got the DQ hung on him when Alarcon was unable to continue. The other, a six-round war against Marcos Maidana, had throughout the look of a kill-or-be-killed slugfest; Maidana was down in Round 1 and twice in Round 2 and Ortiz hit the floor first in Round 1 and then again to stay in Round 6. Ortiz actually was ahead on the scorecards before the coup de grace caught him.
Incidentally, Ortiz can be said to have softened up Vivian Harris; Harris’ last fight before his beatdown at the hands of Jessie Vargas came in a three-round “that was ugly, I hope he’s OK” demolition by Ortiz. The last time an Ortiz fight went the distance without someone going down at least once was in 2006, when Alfred Kotey kept satin off of canvas and did not do much else in an eight-round unanimous decision.

Ortiz’s chin is very, very suspect; in addition to the Maidana fight, Ortiz went down twice in his win over Berto, once in the second and once in the sixth. For a precision counter-puncher like Mayweather, this is a recipe for highlights, the kind of knockout punch that will pick up a million hits on YouTube, an opponent tailor-made for his style. Mayweather is not known for his power, but Ortiz seems likely to make a lot of the same mistakes that Ricky Hatton made in the course of his tenth-round TKO at Mayweather’s hands four years ago; Mayweather caught Hatton coming in with a perfect counter left hook that closed the show.
The other side of that Hatton fight, however, was that Mayweather showed that he can be vulnerable to pressure. Nobody knows just how Mayweather has handled his skills and reflexes as he has aged; even though he has not been hit as often as, say, Erik Morales (who is only a year older but may as well have a decade on him), fighters can get old in a hurry.
Ortiz is being variously touted as a 5-1 or 6-1 underdog on the betting lines, so for the bettors, putting a few bucks down on Father Time could pay off.
The short version on this is that a relentless, all-action pressure fighter is stepping into the ring with a defensive mastermind. In other sports, the saying goes that “offense sells tickets, but defense wins championships.” If that is true in the Sweet Science, and over the course of 41 fights it always has been true for Mayweather, this could be a painful night for Ortiz.
As for what’s at stake? A loss for Mayweather and he will lose a lot of negotiating leverage when trying to put together the fight that everyone wants to see against Pacquiao. But for Team Mayweather, the most important stat won’t be kept by CompuBox. This pay-per-view needs to draw a lot of buys to make Bob Arum, who promotes Pacquiao, see the kind of dollar signs that make the fight too good to pass up no matter what sort of drama or drug testing or media circus the fighters themselves may concoct. A disappointing take will hurt Mayweather more than even "Vicious" Victor Ortiz’s fists could.

On the other side of the ring, Ortiz can leap to greatness in one single bound, especially if he wins by knockout (which he very likely will have to, because Mayweather is a fighter whose style tends to win decisions and Ortiz’s chin is too suspect to carry into the late rounds). Lose, and the welterweight division will pass into the sort of “top two and everyone else” lore of the heavyweight division in the Klitschko era; Ortiz will find himself fighting everyone not named Mayweather or Pacquiao for belts and mentions in best-of-the-rest articles on sports sites. While it is far from a career-ender, winning will have Ortiz’s star shining with a brilliance that only a win over a still-unbeaten legend makes possible. Victory? A punch right on the chin and Ortiz will have apotheosis.

A lot has been made about the price tag of this night of action, but considering what a ticket to the fights in Las Vegas (or the Alvarez fight in Los Angeles) will run you, getting a few friends together and ponying up the 70 bucks to have a ringside seat from the comfort of the home theater of whoever has the best TV promises to give a good night’s entertainment to all in attendance. Throw a party, get all the fight fans together, because if this lineup of fights can’t give fans their money’s worth, nothing can.

I got my man Floyd all day. Ortiz is nice and up and coming and has a lot of power, but mayweather has the reach and way too much experience. Like mosley, Ortiz will look to get Floyd out of their early so the experience is not that big a factor. The only problem is that floyd will be looking for that too....

Floyd will out smart him and eventually jab him to deaf, but it will be imho one of the best fights in the last year or two.....

Pacquiao is up next.... I think he and Mayweather should be done with their little chess match after this one!

I got my man Floyd all day. Ortiz is nice and up and coming and has a lot of power, but mayweather has the reach and way too much experience. Like mosley, Ortiz will look to get Floyd out of their early so the experience is not that big a factor. The only problem is that floyd will be looking for that too....

Floyd will out smart him and eventually jab him to deaf, but it will be imho one of the best fights in the last year or two.....

Pacquiao is up next.... I think he and Mayweather should be done with their little chess match after this one!
Click to expand...

But I can't wait for that fight...as long as Mayweather doesn't punk out

But I can't wait for that fight...as long as Mayweather doesn't punk out
Click to expand...

aiiiiiiggghhhhhhttttttt, i can't let you get away with calling floyd to many punk names.....lol 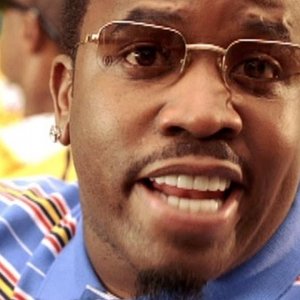