Dan Rafael said:
Floyd Mayweather Jr. (33-0)
You gotta love his massive ego sometimes, because it can be so amusing. We watched, along with Zab Judah, as he got into a heavy duty verbal sparring session last week with Sugar Ray Leonard at the annual Boxing Writers Association of America awards dinner in which he quite seriously insisted he would have easily beaten Leonard had they met at welterweight.
Click to expand...

I would have loved to have been there for that conversation. I bet it was like being at a family bbq in the backyard or at the park.

Mayweather is arrogant, but then again most top athletes are!
R

Mayweather Jr better take a lesson from Roy Jones Jr. All boxers surcome to better boxers one day if the stay in the game. The higher the perch farther the fall.
P

Radical Faith said:
Mayweather Jr better take a lesson from Roy Jones Jr. All boxers surcome to better boxers one day if the stay in the game. The higher the perch farther the fall.
Click to expand...

I think age coupled with rapid weight gain & loss is what did Roy Jones in. Roy was always cocky, but he was never out of shape. Mayweather is never out of shape either, never has problems making weight....he doesn't have anything to fear in Gatti.

Radical Faith...I feel on this one. There's confidence and then there's this. It may have been said out of fun...in a joking manner by Mayweather. I don't know. I wasn't there. But, I wish I was there. A conversation like that between a bunch of Black men must of been lively.

I don't think Roy was focused in either of those fights where lost by knockouts. I really don't. I've never seen him so tentative. However, I do believe it's not over for him. I truly believe that he can make a comeback. 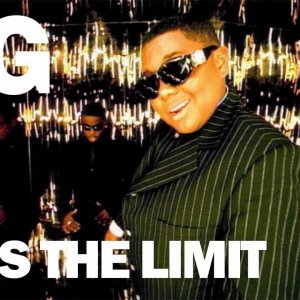