Black People : Maybe we will stop dreaming and awaken

This will be a lengthy, probably ignored and for some of those who will read it, probably seem a subjective post. But I post this with love.

Our African American Ancestors didn’t fight, struggle, brave persecution, endure the lynchings and death so we could exercise the right to vote for one overseer or another, but they prevail through all of this inhumane treatment so we could be free, not freed.

I have debated with myself at times trying to understand why are we so excited about who will be the next Caesar, or Pontus Pilot, or maybe who shall be elected to the next Sanhedrin.

Somehow we have become elated over the right to pick our poison.

The state of African Americans, African Caribbean’s and continental Africans becomes worse every year, regardless of who has been in office. Our elders, (and some are now our ancestors) gave us not the right to vote but the responsibility, to chart our OWN course, regardless of politics or the compassion of liberal white men, or their Skull and Bones counterparts.

As we lament over the fact that the better of two evils wasn’t ordain to rule the world, I wonder can being a Black nationalist, a revolutionary, a Pan Africanist or Afro-centrist can go hand in hand with voting for a rich White Ivy league Yale graduate, a member of the secret elitist fraternal order called Skull and Bones and who went to Vietnam and admittedly killed and committed crimes against humanity on as many brown people as possible?

Sure Bush is not what you wanted. But should you be any more lax about your freedom and desire to be free?

Why do I say this?

There are posts in this forum that suggest we should move to Canada after what has happened in this election…If you were following the policies, issues and had made a thorough analysis of George W. Bush the Texas governor four years ago, you should have left after the first election! These type of statements nullify your commitment and continuity with those Black people who stayed here in America, over the past 140 years and struggled for you to have freedom, civil rights and at least “THE RIGHT” to vote.

Many think that bad things are going to get worse (well where have you been for the last 4 decades!)

Black people believe that "earning" the right to vote allows them to use this right to vote indiscriminately and without moral introspection. As I have said, some of us say Black people died for our right to vote, so we should vote regardless of our convictions. This is like saying that since so many Black men died because of either having sex or being accused of having sex with a white woman, then since it is now legal for a Black man (if he chooses) to date, have consensual sexual contact or marry a white woman then we should have affairs with white females indiscriminately, in order to revenge the blood of our ancestors and exercise our constitutional rights, regardless of the consequences.

Believe it or not, Black people died and where persecuted and humiliated so we could move into white communities, marry whites, go to white schools, fight in places like Iraq (then WWII) and to do anything our white counterparts are allowed to do. So should we move on these rights expeditiously, just because we can? This is ridiculous.

The point to this seemingly long diatribe, is that white politicians have been playing on our emotional feelings and the endearment we have for our ancestors in the civil rights movement and they never have taken our VOTE OR OUR SOCIOECONOMIC EMPOWERMENT seriously. They know they can easily bait us, with nothing on the hook, along with the help of parasitical negro preachers and others.

As I said, our ancestors were fighting for freedom, not just for the right to vote.

I agree fully .....we do hold our own fate.
Poetic flow, Poetry of a poet! Be a Premium member today and enjoy all the fruits .

whether i agree or not, this is the new reality and we best get with it.

Brother Sunship, I really admire your descretness of not calling any names. For those who don't know, I was one of the people who said that our ancestor's underwent such harsh treatment so that we could vote. Of course I know that they suffered so that we can be freed. That also includes the right to voice our opinions and to live without the color of our skin ever being an issue.

I agree with all that you have said. Never should we be so lax that we forget to move forward to complete freedom or the harsh treatment our Ancestors were subjected to so that we can live as freed people.

We have been the butt of oppression for so long, that alot of things we accept as being the norm. Not even fully aware of the fact that we are still in the basement as far as freedom is concerned. It is a long journey to breaking through this mind manipulation.

We all awaken at different times and speeds. Thats why it is so important that we have patience with each other. It's so important that we walk each other through this process without bashing one another for our different views. But presenting the facts so that one can think and learn for themselves. At some point or another we all began at the bottom of the stairs in the basement.

Just hold my hand as I begin to awaken from the dream state into the reality of it all. Tell me where you came from and how you got to the point of awareness/consciousness.

Be patient with us that are still in the basement and we will be apt to hear you out! I'm not trying to

insinuate that you are not patient, but to all those who have become aware and whose frustrations reflect in their comments to the less consciously awared.

I do believe that our getting all up in arms over who won or did not win, is simply more of the same, manifesting itself. We must get beyond this. Regardless of who would have won this election, things were gonna be bad for us. It was bad for us before, and it will continue to be bad for us ... until we truly recognize what our Ancestors did for us and stand firmly upon it.

I don't believe our fate is in the hands of any White person, Bush or otherwise, but that we solely hold our own fate in our hands. As long as we look to them we will forever be disappointed.

Brother Sun Ship, something you said long ago comes to mind, with this entire election situation. We were talking about reparations, and the thought that they'd make us "prove" our Ancestors were slaves. You said (something like) it matters not what they say we must do. It is not up to them. They change the rules as they go. I didn't understand it then, but i understand it now.

For us to stop dreaming and wake up, would be an oh so very wonderful outcome to this election!

Thank you so very much for the positive inspiration i was looking for.

I hope everyone else can see it too. 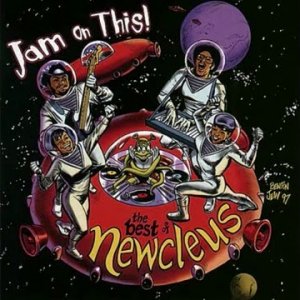