JOHANNESBURG, South Africa (AP) — Researchers trying to create the world's first malaria vaccine are launching a massive medical trial as early as next month involving 16,000 children that could be the largest such trial ever conducted on children in Africa.

British-drugmaker GlaxoSmithKline PLC is teaming with the PATH Malaria Vaccine Initiative, which is an anti-malaria charity funded by the Bill & Melinda Gates Foundation, and clinics and research centers in Africa to develop a malaria vaccine.

"This is probably going to be one of the largest studies in infants and in children in Africa," said Joe Cohen, a top vaccine researcher for GlaxoSmithKline.

Malaria, caused by parasites and spread by mosquitoes, kills nearly 1 million people every year, most of them children in Africa. The trial may start as early as next month, and should be well under way by January, said Cohen.

The massive vaccine trials will be conducted in Burkina Faso, Gabon, Ghana, Kenya, Malawi, Mozambique and Tanzania. Dr. Christian Loucq, director of the Malaria Vaccine Initiative, said the project has been working over the past year to upgrade laboratory, computer and other equipment in those countries, train technicians, and even help develop local equivalents of the U.S. Food and Drug Administration to ensure the trials are properly monitored.

These western pharmaceutical companies cannot be trusted.. I smell rats called 'Depopulation' & 'Genocide', be it killing off the woman's ability to procreate through vaccinations or injecting the children with viruses. Each time they do studies with vaccines/drug testing on our brothers, sisters and our babies, our people end up with all sorts of killer viruses as they continue using our people like lab animals.

What gives them the right? And they deem it as though they are doing a noble cause. Does human rights not exist in Africa?

We are sure in a bad way as a people. Unity is a must lest we are exterminated!

Sad.
Reminds me of Origin of Aids documentary. Many people were forced by elders to get "polio vaccine" from white scientists/doctors.
All the dirt they've done in Africa they are still welcomed w/ open arms. tsk tsk tsk

you only smellin em on account of the fact that they all over this!!

gotta figure out how to get in on them "monitoring" teams; ASA(F)P!

just say no to "urban renewal"!

"follow the money". when they spend that much, they expect much or they figure the cost is just part of doing "business". "what's a few million if we've already got 4,000 of them and we're about to get 16,000 more?".

but "at least" somebody gets an infrastructure laid in place for "somebody's" usage!! "and just look, honey; it's prewired for internet!"

The Malaria Vaccine Initiative has so far spent $107 million on the project and has not yet calculated how much more it will spend. GlaxoSmithKline has spent $300 million so far, and estimates it will spend up to $100 million more.

Researchers working on the trial said in an interview in Johannesburg that much of the groundwork already has been laid in preliminary trials involving 4,000 children conducted since 2003. They said that even if their vaccine does not succeed, the widespread investment needed to conduct the trials means that Africa will be left with better communications, research and other infrastructure that could be used in the search for vaccines against other diseases such as AIDS.

While the researchers were optimistic, it will be several years before they know whether their vaccine candidate is safe and effective enough for wide use. 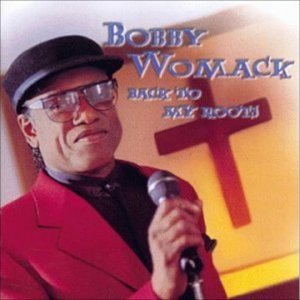