Did Deadly Gamma-Ray Burst Cause a Mass Extinction on Earth?

© NASA/Swift/Cruz deWilde In this illustration, a jet is produced by an unusually bright gamma-ray burst.
A gamma-ray burst, the most powerful kind of explosion known in the universe, may have triggered a mass extinction on Earth within the past billion years, researchers say.
These deadly outbursts could help explain the so-called Fermi paradox, the seeming contradiction between the high chance of alien life and the lack of evidence for it, scientists added.
Gamma-ray bursts are brief, intense explosions of high-frequency electromagnetic radiation. These outbursts give off as much energy as the sun during its entire 10-billion-year lifetime in anywhere from milliseconds to minutes. Scientists think gamma-ray bursts may be caused by giant exploding stars known as hypernovas, or by collisions between pairs of dead stars known as neutron stars. [Top 10 Greatest Explosions Ever]
If a gamma-ray burst exploded within the Milky Way, it could wreak extraordinary havoc if it were pointed directly at Earth, even from thousands of light-years away. Although gamma rays would not penetrate Earth's atmosphere well enough to burn the ground, they would chemically damage the atmosphere, depleting the ozone layer that protects the planet from damaging ultraviolet rays that could trigger mass extinctions. It's also possible that gamma-ray bursts may spew out cosmic rays, which are high-energy particles that may create an experience similar to a nuclear explosion for those on the side of the Earth facing the explosion, causing radiation sickness.
To see how great a threat gamma-ray bursts might pose to Earth, researchers investigated how likely it was that such an explosion could have inflicted damage on the planet in the past.
Gamma-ray bursts are traditionally divided into two groups — long and short — depending on whether they last more or less than 2 seconds. Long gamma-ray bursts are associated with the deaths of massive stars, while short gamma-ray bursts are most likely caused by the mergers of neutron stars.
For the most part, long gamma-ray bursts happen in galaxies very different from the Milky Way — dwarf galaxies low in any element heavier than hydrogen and helium. Any long gamma-ray bursts in the Milky Way will likely be confined in regions of the galaxy that are similarly low in any element heavier than hydrogen and helium, the researchers said.
The scientists discovered the chance that a long gamma-ray burst could trigger mass extinctions on Earth was 50 percent in the past 500 million years, 60 percent in the past 1 billion years, and more than 90 percent in the past 5 billion years. For comparison, the solar system is about 4.6 billion years old.
Short gamma-ray bursts happen about five times more often than long ones. However, since these shorter bursts are weaker, the researchers found they had negligible life-threatening effects on Earth. They also calculated that gamma-ray bursts from galaxies outside the Milky Way probably pose no threat to Earth.
These findings suggest that a nearby gamma-ray burst may have caused one of the five greatest mass extinctions on Earth, such as the Ordovician extinction that occurred 440 million years ago. The Ordovician extinction was the earliest of the so-called Big Five extinction events, and is thought by many to be the second largest. [Wipe Out: History's Most Mysterious Extinctions]
The scientists also investigated the danger that gamma-ray bursts may pose for life elsewhere in the Milky Way. Stars are packed more densely together toward the center of the galaxy, meaning worlds there face a greater danger of gamma-ray bursts. Worlds in the region about 6,500 light-years around the Milky Way's core, where 25 percent of the galaxy's stars reside, faced more than a 95 percent chance of a lethal gamma-ray burst within the past billion years. The researchers suggest that life as it is known on Earth could survive with certainty only in the outskirts of the Milky Way, more than 32,600 light-years from the galactic core.
The researchers also explored the danger gamma-ray bursts could pose for the universe as a whole. They suggest that because of gamma-ray bursts, life as it is known on Earth might safely develop in only 10 percent of galaxies. They also suggest that such life could only have developed in the past 5 billion years. Before then, galaxies were smaller in size, and gamma-ray bursts were therefore always close enough to cause mass extinctions to any potentially life-harboring planets.
"This may be an explanation, or at least a partial one, to what is called the Fermi paradox or the 'Big Silence,'" said lead study author Tsvi Piran, a physicist at the Hebrew University in Jerusalem. "Why we haven't encountered advanced civilizations so far? The Milky Way galaxy is much older than the solar system and there was ample time and ample space — the number of planetary systems with conditions similar to Earth is huge — for life to develop elsewhere in the galaxy. So why we haven't encountered advanced civilizations so far?"
The answer to Fermi's paradox may be that gamma-ray bursts have struck many life-harboring planets. The most severe criticism of these estimates "is that we address life as we know it on Earth," Piran told Live Science. "One can imagine very different forms of life that are resilient to the relevant radiation."
Piran and his colleague, Raul Jimenez, detailed their findings online today (Dec. 5) in the journal Physical Review Letters. 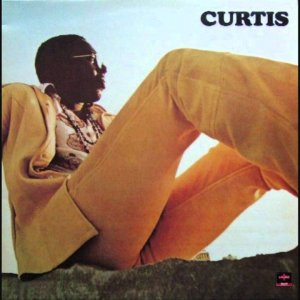