THE AGE OF MARY Birthing OF JESUS?
By Andre Austin

By following the mythology of Mary’s prototype Isis we can see why the early Christians said Mary was 14 or 15 when she gave birth to Jesus.

Mary was called a Nun not for sexual but religious reasons. In Egypt Nun was water that gave birth to the family of Osiris and Horus who was Jesus when alive (Horus) but Osiris when he died.

Homer picked up a similar theme in his famous Odyssey “Egypt is, the sky-fallen river” 4:580. We see it again in Genesis “God made the expanse and separated the water under the expanse from the water above it and God called it Sky” (Genesis 1:7).This water was split into four heads (Genesis 2:8-14). Originally the four branches of this river is the Nile, two parts splitting off into the north the other two to the south in Ethiopia.

The Nile river in the sky was the Milky way across from Orions three stars and Sothis/Sirius star which was called Isis. The Egyptians linked the rising of Sirius/Isis star with the rising of the Nile river. When the Nile river rose it was symbolically linked to Isis bringing forth Osiris and Horus. A good Nile flood according to Herodotus and Plutarch was 14 or 15 cubits high. These two numbers symbolically gave the age of Mary’s age of giving birth to Jesus.

Notes:
Noah flood of 15 cubits (Genesis 7:20) was nothing more than the Nile flood

THE NILE
By Andre Austin

1.“Egypt is, the sky-fallen river” Homer Odyssey 4:580
2.“Thou hast set a Nile in heaven,
That it may fall for them”-A Hymn for Aton worshippers
3.“Let the water under the sky, be gathered into one place”-Genesis 1:9

All three using the same language for the Nile river.


The ancient Egyptians came up with several accounts of how the world and mankind were created by their gods. By observing the acute behavior of their Nile river flow they concocted a novel idea of a world creation by flood which was adopted later on by Hebrew priests, who did some reverse engineering and tinkering with Egyptian philosophy and religion. “Kmt (the black land/mud) meant Egypt and Kmt with the determinative for ‘people’ meant Egyptians” (Black Athena Bernal, Volume 2, p.262).Egypt’s superb fortune was god’s gift of a Nile river that renewed its rich black topsoil annually. Plato reported that the Nile was Egypt’s “savior”

When Herodotus went to Egypt he learned that “The Nile behaved in the opposite way to other rivers”. Plato learned that the Egyptians considered the Nile to be a savior. This is and other reasons makes the Nile a good fossilized and archeological evidence to be used for comparative analysis in the Bible with Egyptian myths because we can exclude other cultures except primarily for a main Egyptian theme having an influence and inspiration on the Genesis creation story when it comes in later to many peculiar details. The Nile flooded and spread its thick black soil over the land every year causing them to believe that man was fashioned from this thick black mud (clay) from a God on a potter’s wheel. Based on this process the Egyptians named themselves Kemet (Ham) meaning “The county of the Blacks” not “The black soil”. Herodotus also reports that a good Nile flood was considered 15 cubits high (Book 2:13), a numbered that affected the Noah’s flood story also in (Genesis 7:20). The Egyptians believed that a flood came about producing 8 gods who then populated the world. The Hebrews took this story from the Egyptians and turned it into a flood and giving Noah’s family a total of eight humans rather than Gods to repopulated the earth. Beware the name Noah “was influenced by the Egyptian water flood” (Black Athena Volume 2 by Martin Bernal p.84)

If we follow the mythology of man being created from the black mud of the Nile then quite naturally the Garden of Eden was from the Nile too. The Garden of Eden river had four branches, two splitting off in the north of the Egyptian delta, the other two split off in the south by Ethiopia. No other river but the Nile fit’s the description of the Bible narrative. Hebrews took the behavior of the Nile overflow and turned it into an analogy of a world creation.

“The earth was formed out of water and by water” 2 Peter 3:18 And when this water dried up, it was thick black mud or clay then “Yet, O Lord, you are our Father, we are the Clay (dried up dust), you are the potter (Ptah)” Isaiah 64:8. We know that Adam (Atum) was formed from the dust of the black mud then God (Amen) breathed air into his nose and lungs. In Egypt Atum was formed out of water and a came out of a mountain of mud. Now look at baptism with the coming out of the water for a rebirth. Noah comes out of the water with their ark on top of a mountain/mound/mud ready to repopulate the earth. Moses was trained under Egyptians priests and passed this vital information down to his followers. Long before Moses was born many Egyptian creation stories flooded their papyrus papers and Pyramid coffin texts and graffiti painted all over Egypt. For example:

At Queen Hatshepsut’s temple at Deir el-Bahari in Thebes contains a wall-relief which depicts the God Khnum fashioning her and her ka (spirit) out of clay on his potter’s turntable. Moses would have known about the cult Khnum’s creation story because Moses knew of all Egyptian wisdom Acts 7:22. Moses’ familiarity with Khnum and other Gods may explain the Egyptian imagery found in the second Genesis creation account (Genesis 2:4-25) Here, Yahweh-Elohim forms man out of the ground and breathes the breath of life into his nostrils causing the man to become a living being.Khnum, likewise creates humans and animals on his potter’s wheel using the silt/mud of the Nile, i.e., clay. After fashioning a person, his consort Heket offers the “breath of life,” symbolized by the ankh, to the nose of the clay figure. Basically this is the same process of the Bible giving its origin to Egyptian priests. The land wasn’t just Black its people were too.

The Egyptians envisioned an initial world flood that gave rise to life (other nations viewed flooding with death). As the Nile floodwaters retreated back to the Nile basin it left large mounds of fertile black soil in its departure giving substance to fashion man/Adam from and for farming food. Blame it on the Nile and black Egyptian priests for some of the basic thoughts found in the book of Genesis. When genesis speaks of the flood covering the earth they use the word erects which could mean earth, field land, ground or country.

Plutarch in Isis and Osiris said: “Egypt, moreover, which has the Blackest of soils (Cham/Ham, land of black soil) they call by the same name as the black portion of the eye, “Chemia”/KMT ) and compare it to a heart; for it is warm and moist and is enclosed by the southern portions of the inhabited world and adjoins them, like the heart in a man’s left side“. The Egyptians refer to themselves and their land from the Black soil of the Nile. How? Their philosophy clearly states their origins came from this black mud. Their land and roots is the Black mud of the Nile. They are the Black land and people from which they are born from. Even the Koran says man was fashioned from “Black mud”(sura 15:26).

The Nile was the heart of the country-even the seasons of the year were determined by the Nile. Our 365-day calendar comes from the Egyptians, but they counted only three (Trinity) seasons splitting 365 into three 120 days of: (1) Inundations, when the waters of the Nile overflowed and flooded the land. If you read carefully there are 3 periods of 40 days (total 120) for Noah’s flood. (2) Emergence, when the waters receded; and (3) Summer, the dry season (Clay forms). Five days were added to each of the three 120 day periods to =365. Its no coincidence after Noah’s flood human beings lifespan is limited to 120 years. During the inundation little agriculture work could be done. With this and a surplus of food the extra leisure time necessary to invent geometry, writing and philosophy from which we all benefit from to this day in the world.

“I have placed millions of years
Between me and the son Geb (Osiris)
Then I shall dwell with him (Osiris) in one place (Nun/Nile)
Mounds will be towns. Towns will be mounds. (Mounds created from Nile)

When the bible talked about this water it used the same language:

“Let the water under the sky be gathered to one place” (Genesis 1:9)

Homer picked up a similar theme in his famous Odyssey “Egypt is, the sky-fallen river…I piled a mound for Agamemnon” 4:580


"Behold, a virgin shall be with child, and shall bring forth a son, and they shall call his name Emmanuel, which being interpreted is, God with us."
"Virgin" here is "Parthenos" which literally means:

1. a marriageable maiden
and 2. a woman who has never had sexual intercourse with a man

If we accept that this verse is referencing Isa. 7:14, then we can get a slightly better idea.

Isa. 7:14: Therefore the Lord himself shall give you a sign; Behold, a virgin shall conceive, and bear a son, and shall call his name Immanuel.

Strong's tells us this: 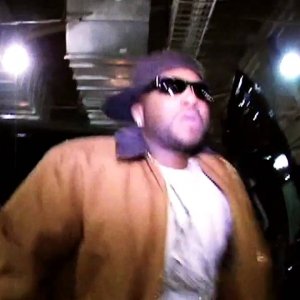