MARY: Star of the Sea
By Andre Austin

Just how did the Catholics bestow the title of Mary, the mother of Jesus as a star of the sea? We will have to make a brief trip to Egypt to explain it. In short all mighty Isis is the answer. Agriculture and astrology play their roles too. A star named for Isis was called and known by several names like Sirius/Sothis/Eastern star or the dog star all in the Orion region. When the Sirius star would appear the Nile river would also start its inundation for the birth of Osiris with the black mud of the Nile called Ham. When the star would disappear for 70 days being blocked out by the sun’s light the Egyptians would likewise have 70 days of mummification/embalming. The Jews reduced it down to 40 days and this is why Jesus took 40 days to symbolically ascend his spirit to heaven.

The three pyramids in Egypt are aligned with Orion’s belt of three stars, nicknamed the Three kings we all meet in the Gospel of Matthew who search for the Eastern Star of Isis/Mary to look for baby Jesus. Isis was thighs high up in the sky and nude in a boat when traveling in the stars of heaven. This made her a goddess of navigation. She held in her hand a rudder like a weapon being the great protectors of ships and the seamen.

Sothis in Egyptian signifies pregnancy. The star is also called Dog-star with its appearance/barking gives warning to the rising of the Nile water to come.

The greatest feast of the cult of Isis was that of the ship. On a great number of ancient coins in Asia, Isis is represented standing on a galley (one deck ship) holding a veil inflated by the wind.

Apuleius, writing the Golden *** in 2nd century Ad wrote about the initiation into the mysteries of Isis at the sea port of Cenchreae, Corinth . A feast marked the end of a bad season and was the signal for navigation still waters to begin again . In this day several sea-ports in Europe, sailors hold these ceremonies carrying a black Madonna they call Mary when 2 thousand years ago they dedicated the procession to Isis. Read chap 11 of the Golden *** and you will see rituals with small oblong golden vessel shaped like a boat, Isis being the purifying wafts (air) of the ocean just like it was on ancient coins in Asia; consecrate a new built ship to Isis; patriotic prayers given to all sailors and ships;

Brother AACOOLDRE : MARY & GODDESS ISIS: The pretender and the Contender #4

Brother AACOOLDRE : Mary: the mother , the sister, Wife of Jesus 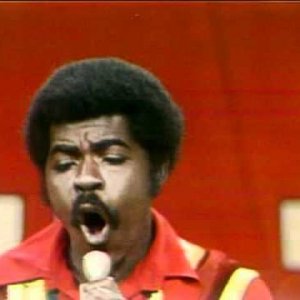