FAMILY BACKGROUND: One of 17 children of Samuel and Patsy McLeod, former slaves. Mary worked in the cotton fields with her family. Married Albertus Bethune and had a son.

DESCRIPTION OF ACCOMPLISHMENTS: Founded the Daytona Normal and Industrial Institute for Negro Girls (now Bethune-Cookman College) in 1904, and served as president from 1904-1942 and from 1946-47. Was a leader in the black women's club movement and served as president of the National Association of Colored Women. Was a delegate and advisor to national conferences on education, child welfare, and home ownership.Was Director of Negro Affairs in the the National Youth Adminstration from 1936 to 1944. Served as consultant to the U.S. Secretary of War for selection of the first female officer candidates. Appointed consultant on interracial affairs and understanding at the charter conference of the U.N. Founder of the National Council of Negro Women. Vice-president of the NAACP. Was awarded the Haitian Medal of Honor and Merit, that country's highest award. In Liberia she received the honor of Commander of the Order of the Star of Africa.


cherryblossom said:
I'm glad to see that Darnell-Cookman was re-vamped as a medical magnet school.

Jacksonville has a rich history in Black education. Darnell-Cookman, Stanton, and Raines, especially, are historic landmarks; and even Edward Waters, although small, is also a source of J-ville pride being an HBCU.

My sister is an Alumnae of Bethune-Cookman College in Daytona which was a merge between Mary McLeod Bethune's girl's school and the Cookman Institute in Jacksonville.

One of my teachers attended Bethune-Cookman when Dr. Bethune was still living. I loved hearing her stories of having known Dr. Bethune in the flesh, seeing her walk the campus and actually talking to her! ----Mrs. Wilson (my teacher) told me that when they had school dances, Dr. Bethune would use her walking cane to separate any couples who were dancing TOO CLOSE for her standards! LOL!
Click to expand...

Lawd, memories!....When my sister was a student at BCC, I remember walking that campus so much I could tell the new Freshmen where their classes were! lol

Dr. Bethune's house is there and open for sight-seeing tours.

And she is buried there as well.

Her gravestone marker says it best:

"The Delta girl is one who has been given the opportunity of education and broad development: she is one who has enjoyed the privileges of culture and selected environment...It is pleasing to a heartfelt depth to see her not as self centered, not desirous of selfish power, not wanting the plaudits of people, not wanting glory- but with a purpose which directs her activities and all that she may control toward lifting somebody else. 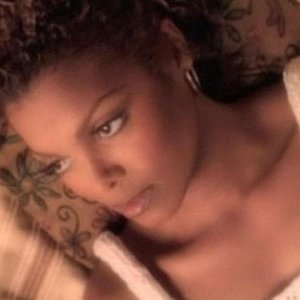