Brother AACOOLDRE : MARY & GODDESS ISIS: The pretender and the Contender #4

MARY & GODDESS ISIS: The pretender and the Contender #4

THE BLACK HOUSE DAILY BRIEFING: Ongoing Security threat to the ancient Egyptian religion by a false Arab- Isis on the Egyptian Isis # 4

A statue in Egypt bore an inscription to Isis:

“Iam all that has been, and is, and shall be, and my robe no mortal has yet uncovered.”

Therefore Isis was a perceptual Virgin; a position Catholics held by Church creeds in 200Ad and in 692 at the Council of Trullo making Mary (Isis) a “Forever-Virgin” was done in competition to Isis after all her temples were closed and their ability to read and write hieroglyphics was stamped out until 1822. And all of their nuns are an offshoot of the Roman Vestal-Virgins.

Isis was known by a thousand names and Mary was one of many of here epithets and titles.

Black nationalist organization appeal to black history by calling Mary Black just to bring into the a bended fold of Islam or Christianity’s European version, diversion and twisted watered down original Egyptian religion. In reality the Arab fanatics and Christian fundamentalist despise Isis-Meri, its own mother, so they deploy gimmicks like associating the name Isis with terrorism. And the media swallows it all up like a pregnant woman does a pickle. They talk all that “black Stuff” but when it get to the nitty gritty your just a sucker without any *****.

A. Islam is Arab supremacy

B. Christianity is white Roman supremacy

All have drank from and twisted the Egyptian religion to form their own perverted version that they want you to follow.

Isis was also called Paphos-Venus after a shrine in Cyprus, a former colony of Egypt. Isis bore a son from a castrated Osiris with the aid of wind from Amen.

Epaphos was born from Zeus (Amen) and Io (Isis) with the aid of the holy wind (Amen).

I strongly suspect the city of Paphos was named after Epaphos; and later female body parts like Paps and pap-smear are named after.

Mary has a child by the Holy spirit (Amen) and Imman-u (his Amen) and El (is God) i.e His Amen is God.

St. Paul is castrated and then leaves for Paphos in (Acts chapter 13). A little while latter he has a son named Titus by Truth/faith=aman (Amen) in Hebrew see (Titus 1:4) and its comparative language in Rev 3:14. Furthermore Venus is associated with Lucifer (The devil) and Paul meets a child of the devil in Acts chapter 13. By coincidence another Titus who is Emperor Titus, name in Greek equals 666 and he claimed a spiritual descent from Venus.

Brother AACOOLDRE : Mary: the mother , the sister, Wife of Jesus 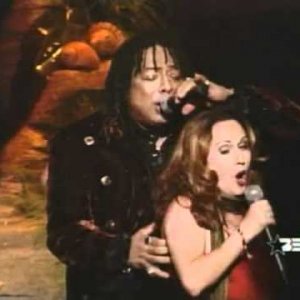