THE INFLUENCE OF THE MYSTERY RELIGIONS ON CHRISTIANITY

Martin L King was born in 1929 so he was 20 years old when he wrote this ground breaking essay in Crozer College. Because King was gifted and smart he didn’t have to finish Booker T. Washington High School and went straight to Morehouse.

1951 MLK Graduates from Crozer Theological Seminary in Chester, Pennsylvania One of his instructors George W Davis gave him a copy of a book on Gandhi That Strange Brown man of India. I’m told by Dr Ben that Gandhi learned pacifism from Pharaoh Akhenaten and Henry David Thoreau’s Civil Disobedience. King believed in pacifism as a strategy for public demonstrations not a total way of life as he told louis Lomax’s book To Kill a Blackman p.89. This would be consistent with King singing a poem from John Brown’s Body in his last sermon of his last sentence on April 3, 1968. Nevertheless, Mrs King states in her book: “Bayard Rustin, (a gay Blackman), was enormously helpful in sharing his thinking on nonviolence with us. He had been to India, he studied Gandhi, and he was a pacifist already” (My Life with Martin L King p.127). If king loved Thoreau then he must of loved the opposite of Civil Disobedience which is Thoreau’s other speech called A Plea for Captain John Brown. W.E.B. Dubois who help found the NAACP in 1909 published a book on John Brown that very same year.

If King would have wrote the above title essay at Morehouse he might have been endanger of being expelled and or discharged without graduation.

King explains the plagiarism of Christianity of the Greek, Roman and Egyptian Gods are clear. King uses different language to describe the Egyptian religion and their deities as great twice. A term he reserves alone for them. The Mystery religion is the cause and Christianity is the effect.

I will highlight the highlights and outline MLK essay with a link to Stanford University website that’s retaining his papers. With the government using MLK as a tool to teach the masses pacifism I’m surprised they allowed this essay to see the light of day. My satisfaction is quenched that no “the devil got there first”-Justin Martyr but that the devil was all up in the details from Genesis to Revelations.

A. The Influence of the Cult of Cybele and Attis have same resurrected date

B. The Influence of Adonis

C. The Influence of the Great Osiris and Isis. Mary became the goddess of Isis. It was ironic that King switch his name from Michael to the German Martin Luther who prayed to Mary as a goddess of healing after he injured his leg

D. The Influence of the Greater Mysteries @ Eleusis founded in Egypt

E. The Influence of Mithraism. Its last 7th degree was “Father” Catholics call “Pater Patratus” from Pitar and Ptah comes Pater or Father. The Egyptian Ptah discover of Fire.

[Any modern book of Acharya S (D.M. Murdock ), or Joe Atwill’s Caesar’s Messiah can take on MLK’s insight on an even higher and newer level]

“These Mysteries possessed many fundamental likenesses; (1) all held the initiate shared in symbolic (sacramental) fashion the expression of the God. (2) All held secret rites for the initiated. (3) All offered mystical cleansing of sin. (4) All promised a happy life for the faithful…

That there were striking similarities between the developing Church and these religions cannot be denied”.

King didn’t just say that the Christians borrowed, assimilated, synergized, adapted and absorbed from the pagan he said they copied from the pagans. King rejects the Christian assumption that the Devil mimics the divine God in advance of his works advocated by Christian apologist Justin Martyr (100-165Ad). Parody comes after a work’s creation not before in advance. King said: “Christian apologists felt the need to present an explanation for the similarities in their respective characteristics. The only one they could offer was quite naïve, but it was in keeping with the trends of thought in that age. They maintained that it was the work of the devil that helped to confuse men by creating a pagan imitation of the true religion”.

What was King Explanation for the so-called similarities of Pagan and Christianity?

A: “Christianity triumphed over these mystery religions after long conflict. This triumph may be attributed in part to the fact that Christianity took from its opponents their own weapons, and used them: the better elements of the mystery religions were transferred to the new religion”…It is also significant to know that Roman tolerance had favored this great syncretism of religious ideas. Borrowing was not only natural but inevitable”.

“Christianity was truly indebted to the mystery religions for this contribution, for they had done this part of the groundwork and thus opened the way for Christian missionary work. Many views, while passing out of paganism into Christianity were given a more profound and spiritual meaning by Christians, yet we must be indebted to the source. To discuss Christianity without mentioning other religions would be like discussing the greatness of the Atlantic Ocean without the slightest mention of the many tributaries that keep it flowing.

Christianity, however, [strikeout illegible] survived because it appeared to be the result of a trend in the social order or in the historical cycle of the human race. Forces have been known to delay trends but very few have stopped them. The staggering question that now arises is, what will be the next stage of man's religious progress? Is Christianity the crowning achievement in the development of religious thought or will there be another religion more advanced?”

King is admitting that in the future Christianity might get exposed; and this essay helps to fulfill it. In 2015 in the world of the internet where information on virtually everything is subject to scrutiny and testing by fire. It’s not impossible for me to understand that king has been reduced to 30 second sound bites and catch phrases. The schools and the media have promote a propaganda of King and not taking a holistic view of King from the time he was a teen to adult. We are inundated with information that king plagiarized for his dissertation for his Ph.D but never told what he wrote for his bachelors and Masters degrees. Because of my brainwashing about MLK it was hard to believe he wrote The Influence of the Mystery Religions on Christianity Like me believing Lucifer bowed down before God and baptized Jesus. My other astonishment would have been the equivalent of King singing John Brown’s Body to that of a police officer singing Ice T’s Cop Killer or NWA’s F…the Police. But that’s the way of the world and the very reason I withhold judgements on Book covers and seek out information for self instead of being lazy and relying on others to give me their spin and interpretations. King wasn’t a monk he had eyes for a blackwoman in a red dress like Bill Clinton had for a whitewoman in a blue dress. But can the media be balanced and letting us know what King’s eyes and nose were in some books and their subjects and titles?

White people were not stupid. They took Osiris and made a hybrid of Serapis. From the Ptolemy’s Dynasty in Egypt to the Dynasty in Roman of the Flavians we have been worshiping a watered down version of the Egyptian religion. It was a Frankenstein of a black body and white head; an Elvis singing stolen black music. Lets keep it real and untwist the lies.

So I end with telling you to look deep into King’s title with a focus on the word “Influence”. King states not only Christianity influence by Mystery religion but indirectly Origin. Influence means you have the power of persons and things to affect others seen in its effects. Origin=a beginning; source, root cause. Simply stated, influence is the power of persons to cause others to imitate aspects of their character in such a manner that it can be witnessed in the actions or creations of the imitators. King gets an A+ in pointing this out in his masterpiece essay. 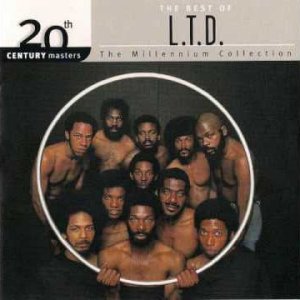