On Aug. 1, 2010, her husband cornered her in their Jacksonville, Fla., home. Alexander said she ran to the garage to escape, but the garage door was jammed, so Alexander grabbed a pistol. Her husband, Rico Gray, 36, saw the gun and threatened to kill her, Alexander would later say in court documents.
Fearing for her life, she raised the pistol above her head and squeezed the trigger, the crackle of gunfire pelting the kitchen ceiling.
While the shooting may have gotten Alexander out of one jam, it put her in another: She has been in a Florida jail since 2010 awaiting a mandatory sentence of 20 years in prison for aggravated assault with a deadly weapon.
Click to expand...

I am at a lost for words...really. If this isn't a double standard then I don't know what is.

I am at a lost for words...really. If this isn't a double standard then I don't know what is.

Brother why are you at at lost for words? Do you know anything about this country's history?

Black-king said:
Brother why are you at at lost for words? Do you know anything about this country's history?
Click to expand...


Because I am, you seem to be at a lost also.

A judge rejected Alexander’s Stand Your Ground defense, saying that she could have escaped her attacker "through the front or back door," court records say. The State Attorney’s Office offered her a plea deal that would have sent her to prison for a few years,
Click to expand...


Why should she "escape?" Stand your Ground says the EXACT OPPOSITE - that she had a LEGAL RIGHT to "stand her ground" in the face of a hostile assailant.

Why is no one asking for a judicial review on the judge whose ruling went contrary to the LAW with his decision to deny her RIGHT to stand her ground and shoot her assailant?

As an aside, people need to stop blaming the Stand your Ground law for Zimmerman's acquittal. It played no part in it whatsoever. He was acquitted on the grounds of simple self-defense.

At some point we will have to take our heads out of the sand and wrap our minds around the fact that what we saw in this case was an exercise in raw white power - Zimmerman, the prosecutors, the 5 white and one person of color jury. And if we looked over the transcript of the trial, I'm sure the Judge, who has the right to steer the trial in any legal way he wants, e.g., tell the attorneys a question was improper, etc., was there in the mix as well.

Up to and including, his life.

Enki said:
Because I am, you seem to be at a lost also.


No brother I am not because I know the same people who robbed, raped, and murdered my people of everything they had, are the same people ruling today. Its just that too many of our people have deluded themselves in thinking that these same evil white people have changed into a better bunch when in reality they are the same if not worse, since they keep their racism subtle while pacifying you to think otherwise. It's good thing though that they start to show their racism openly again. Hopefully Negroes will wake up out of the American Nightmare.

Law Forum : Marissa Alexander Will Get A New Trial
2

Jails / Prisons : Michelle Alexander: More Black Men Are In Prison Today Than Were Enslaved In 1850 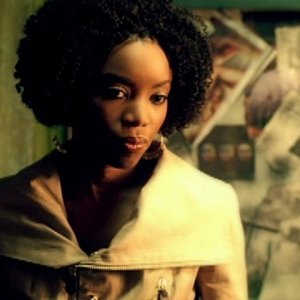