Khasm13 said:
if u rally the black troops you will more than likely end up in jail or discredited or murdered...this has been america's formula post slavery...

UBNaturally said:
Nice photo, wonder where it comes from.
And there is probably no "media coverage*" because only a few with this inside information (like yourself) have spoken about it.

Want more "media coverage", go onto the other sites (particularly those relative to York) and relay this same inside information. I suspect the media will have to cover it soon as the Prison mentioned still has them listed as an inmate.... oooops, that's Dwight York, Dr. Dwight York?

Wait, who was released, Dr. York, Dwight York, or does anyone care to even respond to this question?


Is this the same "reliable source" that has given this information of his release that nobody is covering... not even updating the records if this was the case to begin with?

Has he been released or is this code for something else that nobody is really caring to say?

And as for the "son was the culprit" mention...

Have seen someone mention that to avoid confusion they simply called him "Dwight".

Interesting, avoiding confusing by calling him the same name as his son? Makes sense

By the way, Eye can see many are on here playing games as an interesting way of communicating.
The name Francis Garlawolu is a good place to start digging.

Are you saying none of this is true ... Dr. York was not released from prison?

I guess you're challenging the validity of the statement ... but i have no idea whether it's true or not.

The staff here does not verify and/or validate all that's said ...

... confirming truth or not.

We hope folk are telling the truth, or what they believe is the truth ... but we don't moderate that.

It would be nice if Sister Fine1952 or anyone would speak to your queries ... but no one has to.

Oftentimes ... if folk don't stand up to meet challenges presented ... it's 'cause they can't.

I really have no idea what is going on with the Brother ... if he's in prison, dead, or alive.

Do you know something different? Have evidence to the contrary?

Let us know what's up. Where exactly is Dr. York? Anyone know?

UBNaturally said:
Have not become aware of any such incident, and then I actually read someone post that he was never in prison (but in another post they claimed that he was indeed in prison).

Some very shabby postings which I have been marking in my mental as to the seriousness of those that share information.

So in regards to this particular incident of him being released, the only mention of this that I can share has been from this one thread alone on destee.com from one source.

Love you too!
And thank you because I doubt this will be addressed, as I detest disinformation.

lol ... i laffed when i read where you said this information has only been found on destee.com ...

... maybe destee.com Members have the inside scoop on a story that no one else in the world is aware of ... maybe ...

But this is the beauty of these type of open discussions, where folk are saying things, and being challenged on them. The fact that no one has responded to your queries, is evidence for those who may read this ... adding it to the whole ... and being able to cipher the most logical conclusion they can, based on the evidence in this thread ... since the discussion is not being had anywhere else you say ...

If i were reading and inclined ... i'd problee do a little search of my own, trying to verify any of this ... but i'm going to go with your research ... if you say it's not being talked about anywhere else ... i believe you.

It makes me wonder though ... where is Dr. York?

The fact that this has come up ... some say he's released from prison ... but there's no evidence ... should make us wonder ... where is the Brother? ... maybe he's in trouble somewhere ... maybe this was the catalyst to get us to find out where he is, how he is, etc.

If we can't confirm where a Brother is ... could that mean he's dead?

This has peaked my interest a bit ... i want to know where is Dr. York.

Do you know where he is right now? Did any of your research speak to that question?

I'd love to know. 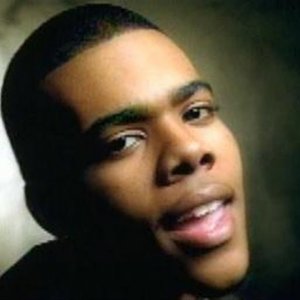