Two young Queens lovers who died inside a garage from apparent carbon monoxide poisoning were on their first date, grieving relatives said yesterday.
"It was the first time they had gone out together," said the mother of Delly Collado, 28, who didn't want her name used. "He wasn't her boyfriend."

Collado's nude body was found alongside a semi-nude Jonathan Tapia, 21, in the front passenger seat of Tapia's Acura just after 7:30 a.m. Saturday. The car, which was still running, set off carbon monoxide alarms in the 99th St. home above the garage in Corona that Tapia rented from a neighbor. The official cause of death is undetermined pending toxicology tests, the city medical examiner said.

A stream of mourners brushed away tears as they left flowers and lit candles in front of the garage yesterday.

The pair - who did not discuss their relationship with their parents - lived with their families just a few blocks apart and also attended the same Catholic church, Our Lady of Sorrows on 37th Ave.

Tapia's family paid a visit to Collado's home yesterday to extend their condolences before heading to the church to make funeral arrangements.

"I talked with them, they were very kind. They didn't have any animosity toward us," said Tapia's father, Freddy Tapia. "They didn't think there was any criminal act."

Collado's mother added that she has no hard feelings toward Tapia's kin. "They suffered the same way we did," she said.

Yesterday, Collado's online My Space profile was filled with tributes to the raven-haired beauty, who was remembered as a passionate, energetic woman with a caring heart. "Delly baby we will all miss your smiles. You're a ball of energy and one of a kind," wrote one friend. "I will never forget your personality, heart and passion for fun."

I'm sure there is a lesson to be learned here somewhere....

panafrica said:
I'm sure there is a lesson to be learned here somewhere....
Click to expand...

things that make ya go hmmmmm... 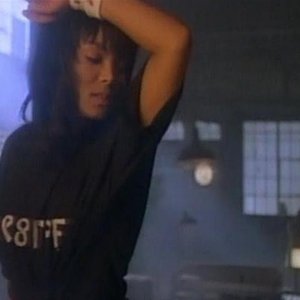