Black Spirituality Religion : Love to God Vs Love to child

Love to God Vs Love to child

Churning the infinite ocean of spiritual knowledge gives rise to the divine nectar, which is its essence. This essence of the entire spiritual knowledge can be summarized in one single point, which is related to our attitude and behavior towards God. That point is that we should have true love for God, which develops only as a result of the true spiritual knowledge gained by us. Such true love means, sacrificing anything and anybody for the sake of God, without aspiring for any fruit in return from Him. This unique bond with God is totally different from all worldly bonds, in which we love the other person only for some selfish benefit, as told in the Veda. This is the essence of all the divine scriptures present in this world.

The above-concept of having the strongest bond with God, without aspiring for anything in return, can be best understood from the example of the worldly love of parents for their children. Among worldly bonds, our bond with our children is relatively the strongest. Hence, it is the best example for understanding the unique bond between the topmost devotee and God, which is the strongest bond of all. The problem with the example of the parent-child bond is that we keep ourselves in the place of children and keep God in the place of the parent. So, we expect that God should give benefits to us even though we are bad and undeserving. This is a misunderstanding of the concept. The real concept comes out only when we reverse our places. In other words, we should be in the place of parents and God should be in the place of our child. We should sacrifice everything and everybody for the sake of God, irrespective of His behavior to us, without expecting any fruit in return from Him.

This is exactly the case of the souls existing in this world. Datta basically means the unimaginable God ‘given’ to the souls for their vision. The unimaginable God ‘gave Himself’ to humanity by appearing in the form of an Incarnation (Datta). He did so for satisfying His extreme devotees who were filled with true love for God. They had prayed to God to be personally available to receive their service and sacrifice. The word Datta also means an adopted son. Here too, the basic meaning of Datta as ‘given’ stands. It means that a child is ‘given’ to parents having no issues. In fact, in its generally-used sense, the name Datta indicates the child given to some parents in adoption.


I, the First Energetic Incarnation of the unimaginable God, am called by various names including Īśvara, Hiraṇyagarbha, Nārayaṇa and Sadāśiva. I appeared before sage Atri and his wife Anasūyā as a fruit of their penance. The couple developed a desire to have Me, the God seen by their eyes, born to them as their son. God told them that He cannot have birth since He is without beginning and end. God told them to adopt Him as a Son instead. Hence, I am called Datta, meaning the adopted Son of that couple. Any soul can adopt God as Datta if the soul becomes Atri and Anasūyā by getting rid of the three types of ego and jealousy. Atri (a-tri) means ‘not three’, which means a person free of the three types of ego. Anasūyā (an-asūyā) means ‘free of jealousy’, which is means a person free of jealousy.

After adopting God as their Son, souls should compare the love they have for their own children with the love they have for the adopted Son, Datta. How much love we possess for this adopted Son and how much love we possess for the children born to us, will become absolutely clear! There is no need for any analysis on this issue because the answer is very clear to the heart of every soul. Compared to the true love that we have for the children born to us, we do not have any true love for God, our adopted Son. We neither truly love Him theoretically nor practically. We might show love for this adopted Son, but it is just false love, shown only to get some benefits from Him. It is just like the pretense (acting) of love made by the parents when their adopted son becomes a king.


Clever souls have even developed a wonderful concept! They say that the king is in no need of anything or anybody and hence, we need not serve or sacrifice anything for our omnipotent adopted son-king! To expose their false love, the omniscient adopted Son, Datta, descends in this world in human form. As the Human Incarnation, He appears just as ordinary as our own children. He hides His divine powers and tests whether we can love truly love Him, theoretically and practically. To avoid being tested and exposed, these clever people have come up with yet another theory. They say that the abstract formless absolute God will never come in human form! A rare soul like Yaśoda alone, showed true love for Krishna, her adopted Son, throughout her life. There is indeed a lot of inner meaning in the word Datta!


In older generations, there were some good devotees, who wrote in their will, one equal share for God in all their property, along with their children. These devotees at least treated the adopted Son-God as an equal to their own children. The own children of such parents might criticize their parents for the foolish act of giving part of their wealth and property to God. But these foolish children do not know that the grace of God who is pleased with their parents’ sacrifice, will protect their shares of the property. He will even cause their wealth to grow greatly. However, while sacrificing one’s wealth to God, neither the parents nor the children should aspire for the future protection and growth of the wealth. If there is any such expectation in the mind, then the divine sacrifice loses its value and turns into a mere business!

Many people have no real faith in the existence of God and are greatly attracted only to their worldly bonds, with money and family. Yet, they worship God by reciting prayers and singing songs. Reciting prayers, singing devotional songs or meditating are only related to words and the mind. It is called theoretical devotion, which involves only mental or verbal expression of the love for God. These clever worldly people adopt theoretical devotion for getting protection and benefits from God, just in case God exists. They balance both the possibilities of the existence and non-existence of God by adopting only theoretical devotion and avoiding practical devotion. Their intention is that if God exists, He will be pleased with their theoretical devotion, while if God is non-existent, there is no loss to them since they have avoided practical devotion, which involves practical service and the sacrifice of their money for God. Such theoretical devotion done with the expectation of practical boons from God, is called prostitution-devotion. These people are like a prostitute, who only makes a pretense of love through her sweet words and songs (theoretical) to get practical benefits from people. These clever people belong to the fields of spiritual politics or spiritual economics.

Initial detachment from unnecessary worldly matters has to be achieved through force. Such detachment includes avoiding unnecessary talking and listening to the gossip of worldly people, reading unnecessary worldly books and seeing unnecessary worldly films. Such forcible detachment saves energy, time and money. This wasted energy, time and money can be used for God instead, following the principle of waste-to-wealth. In this way, the starting trouble can be overcome and one can at least reach God temporarily, and taste His subject (knowledge and devotion). Once the person is attracted by the taste of God, any further effort for worldly detachment is not necessary. Detachment then takes place naturally. In this initial stage, there is no need be afraid that as a result of pursuing the spiritual path, one might develop so much detachment that one might not be able to fulfill one’s worldly duties.

The reason is that only one soul, among millions of souls and that too only after millions of births, reaches the highest state. It is only in that highest state that one’s worldly duties get dropped. But even in that climax-state, God performs the worldly duties for that rare soul! So, there is no reason to fear that the duties will get neglected! 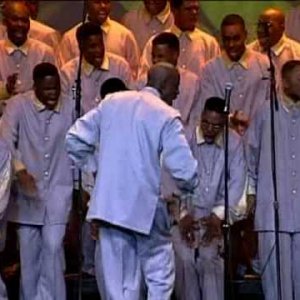