Black People : Lies of 9/11 Beneficial to the Creation of an Isreali trained US Police State

The extreme militarization of American police forces has been brought to public attention by the tactics employed against Occupy protesters, which often appear more appropriate to counter-terrorism operations than to the control of non-violent protest. According to investigative journalist Max Blumenthal, however, the proper term for this ruthless suppression of dissent should be “Israelification.”
In an article which begins with examples of American police training alongside Israeli security forces, Blumenthal writes, “Having been schooled in Israeli tactics perfected during a 63 year experience of controlling, dispossessing, and occupying an indigenous population, local police forces have adapted them to monitor Muslim and immigrant neighborhoods in US cities. Meanwhile, former Israeli military officers have been hired to spearhead security operations at American airports and suburban shopping malls, leading to a wave of disturbing incidents of racial profiling, intimidation, and FBI interrogations of innocent, unsuspecting people. The New York Police Department’s disclosure that it deployed ‘counter-terror’ measures against Occupy protesters encamped in downtown Manhattan’s Zuccotti Park is just the latest example of the so-called War on Terror creeping into every day life. Revelations like these have raised serious questions about the extent to which Israeli-inspired tactics are being used to suppress the Occupy movement.”
According to Blumenthal, the transformation began after September 11,
(http://www.youtube.com/watch?v=i3MN9382eGY)
when American law enforcement officers began to look to the Israelis for counter-terrorism expertise and in response the Israel Lobby “provid[ed] thousands of top cops with all-expenses paid trips to Israel and stateside training sessions with Israeli military and intelligence officials.”

Many of these trips and training sessions were arranged by JINSA, the stridently pro-Israel organization whose advisors have included such prominent Neocons as Douglas Feith and Richard Perle.
The Anti-Defamation League has also provided Israeli-run training senssions to over 700 police officers through its course on Extremist and Terroist Threats and claims to have provided a background in Israeli perspectives to another 45,000 through its Law Enforcement and Society program, which is required training for all new FBI agents.
The Israeli influence has been particularly strong in New York City where, Blumenthal writes, “under the leadership of Police Commissioner Ray Kelly, ties between the NYPD and Israel have deepened by the day. Kelly embarked on his first trip to Israel in early 2009 to demonstrate his support for Israel’s ongoing assault on the Gaza Strip. … Kelly returned to Israel the following year to speak at the Herziliya Conference, an annual gathering of neoconservative security and government officials who obsess over supposed ‘demographic threats.’ … Back in New York, the NYPD set up a secret ‘Demographics Unit’ designed to spy on and monitor Muslim communities around the city.”
http://www.rawstory.com/rs/2011/12/04/report-israeli-model-underlies-militarization-of-u-s-police/
E

Failure to independently investigate the events of 9-11, have led to an overly irrational response. The key questions of this event have never been answered.

eword said:
Failure to independently investigate the events of 9-11, have led to an overly irrational response. The key questions of this event have never been answered.

Exactly Ciu Bono? we know who,and they will not risk profits or power via a real publicly documented investigation. 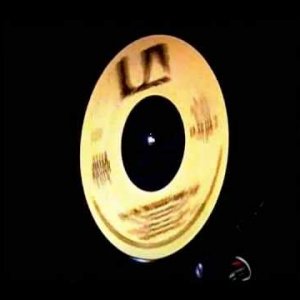