In northwestern Pennsylvania, the Mercer County Historical Society offers an Underground Railroad Driving Tour. With 10 stops along the way....Attractions include several historic churches, the Johnston Tavern, the Gibson House and the Freedom Road Cemetery, all that remains of the fugitive slave town of Liberia, established by freed slaves...

...
Stop #9 Freedom Road Cemetery:
This cemetery is located on the right across from the main gate at Stoneboro Fairgrounds. The cemetery is all that remains of Liberia, a fugitive slave town established by the Travis family, free African-Americans. For years, this community offered sanctuary to weary travelers. It was also the site of frequent raids by slave catchers. After the Fugitive Slave Act of 1849/50, most of the population fled to Canada to become legal free citizens. A few stayed in this area, one an entrepreneur who sold cigars and whiskey to his neighbors. Another person who stayed was “Auntie Strange.” She was a runaway who was persistent enough to flee the South twice. The first time she was captured, beaten, and her fingers on the left hand chopped off. The second time, she gained her freedom....

....Going back a few years, records on file at the Mercer County Courthouse show that 1200 acres of this immediate area including Sandy Lake and the land under the lake was originally granted to three veterans of the Revolutionary War as a reward for faithful service in the Continental Army: William Ewing and Joseph Greenleaf were each granted 400 acres by deed dated 1794. H. Baldwin was granted 400 acres by deed dated 1797.

Richard Travis, a black “free-man”, paid two dollars to Baldwin for 150 acres along the shores of Sandy Lake in 1818. Over the next several years, escaped slaves and Native American families migrated to the forest along the lake shore. According to the 1840 Census there were over two dozen non-whites as residents in the area. It is reported that this location became known as “Liberia” and continued to exist until the enactment of the revised Fugitive Slave Law in 1850.

At that time, virtually all of the residents of Liberia fled north to Canada to assure their continued freedom.

An official Commonwealth historic marker is located along SR62 identifying the cemetery that contains the grave sites of both the slaves who had died while fleeing the South and the ones who had established residence here. There are still a few grave sites that remain identified....

The Struggle Against Slavery: The Abolition Movement and Underground Railroad in Pennsylvania
Chapter Three: Helping Runaways

In March 1855, black residents in Pittsburgh heard that a slave catcher had entered their city with a female fugitive in tow. In response, they descended on the hotel dining room where the man, whose name was Slaymaker, was eating breakfast. There, they seized the woman, and quickly made plans to liberate her. 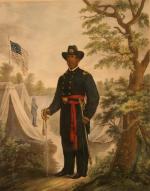 The outraged "slave catcher" then informed the city's mayor that he had been traveling by mutual consent with Caroline Cooper, a free black woman. The mayor called

Martin Delany a leader of the local African-American community, to his office and had him meet with the unhappy visitor to review the woman's papers. Satisfied that the man was telling the truth, Delany arranged to have Cooper released and even provided Slaymaker with a letter certifying that he was not a slave catcher and should not be molested by other groups of free blacks or white abolitionists.

This story shows how dangerous nineteenth-century Pennsylvania could be, not only for fugitives, but for slave catchers. People today often imagine that escaped slaves and their supporters lived in constant fear of being captured or killed. The truth is more complicated. There was concern among Underground Railroad participants about their safety, but there was also a fighting spirit and a sense that on free soil, at least, they had the upper hand....
....Fugitives entering western Pennsylvania might first stop at

LeMoyne House, the residence of a nationally known abolitionist doctor in Washington County. Passing through Pittsburgh under the care of Philanthropic Society members, runaways then typically headed toward Erie. Some stayed with a community of free blacks in Mercer County known as

Freedom Road. Others passed through the town of Meadville in Crawford County, where an African-American barber named

Richard Henderson lived. A former slave himself, Henderson offered makeshift beds on the floor of his home for any fugitive needing a night's rest....

...In a section of Harrisburg known as "Tanner's Alley," a group of free blacks formed a

Fugitive Slave Society that sent what they called "packages" to Philadelphia on the real Reading & Pennsylvania Railroad. There was an American Indian named Daniel Hughes who carried fugitives on his lumber raft along the Susquehanna River to a place in Lycoming County now called

Union County, escaped slaves were hidden in a stable owned by a professor at nearby Bucknell University...
COMPLETE HERE:
http://explorepahistory.com/story.php?storyId=1-9-8&chapter=3