This is my second essay linking Venus with Two Emperors Vespasian and Titus with the Letter of Jude. The Letter of Jude is only 1 page long and thought to be insignificant but I think its important. Additional information overlocked compels me to dive again into the universe of typology; the language of the elites. Typology is the literary technique of using motifs to base one character upon another character on the slip tip in code. So called detectives and history buffs job is to attempt to tell the naked truth and decode.

Before I start building up my primer, my foundation please read my other essays: “The Two Witnesses of Revelations chapter 11”; The Foam of Venus, “The Two Venus’s, Malachi: Burning Jews in an Oven.

“…Though you already know this, I want to remind you and the lord delivered his people out of Egypt, but later destroyed those who did not believe, (see Exodus 32 of the Golden Calf incident, partly based on The Slaying of Men by Hathor/Venus), and the Angels who did not keep their positions of authority but abandoned their own home-these he has kept in darkness, bound with everlasting chains for judgement on the great day. In a similar way Sodom and Gomorrah and the surrounding towns gave themselves up to sexual immorality and perversion. They serve as an example of those who suffer the punishment of eternal fire. (The sodomite Titus is assigned the task of burning ungodly Jews and their Temple in ashes in an Oven or furnace see ( Peter 2:6) Also Domitian threw burnt peoples ashes into the sea Suetonius, Dom. 8.]

In the very same way, these dreamers pollute their own bodies, reject authority and slander celestial beings (stars)…”

A dispute about the body of Moses is brought up. Interestingly Moses wife Zipporah/Venus throws the foreskin/organ at Moses feet/penis (Exodus 4:25) and says surely you are a bridegroom of blood to me. It should be noted the bride of Bacchus (Osiris) is Venus , created out of the bloody foam after Ouranos’s testicles are severed and thrown into the sea. This may have happened at Jude’s 1:12“Love feast” or agape which apparently start talking about the love goddess Venus as stars foaming up their shame.

I believe this part of Jude is Typological linked with Revelations 11. It’s a good cluster of information occurring alike. First note in ancient Rome when Emperors and family members died they were equated with stars in the sky. Revelations chapter 11 main theme talks about two witnesses/Two Olive Trees/Two Lampstands which were symbolic of Vespasian and Titus “They were Olive trees because they had seized the messianic branch from the Jews with the gospels then grafted themselves onto it” (Shakespeare’s Secret messiah By Joe Atwillp.301-302). Because Vespasian and Titus are dead Domitian will do the burning because he enforced laws Unnatural, ungodly practices with whom he burned alive (Homosexuals) see (Suetonius Domitian. 13;15).

After the Two Witnesses (Vespasian & Titus) finish their testimony against the Jews the beast will come up out of the Abyss/sea to kill and have “Their bodies will lie in the street of the great city, which is figuratively called Sodom and Egypt, where also their lord was crucified” (Rev 11:8).

Meanwhile, we turn back to Jude to find out who these “Celestial beings (Jude 1:8) are:

“These men are blemishes at your love feasts (see Exodus 32 and 1 Cor 10:1-22” (Titus known for having riotous parties with inverts and eunuchs with notorious greed and passion and had a blemish of permanent injury to his arm Vespasian with his foot).

“Eating with you without the slightest qualm (scruple)-shepherds who feed only themselves. They are clouds without rain, blown along by the wind; autumn trees, without fruit and uprooted (castrated)-twice dead. They are wild waves of the sea, foaming up their shame; wandering stars (Celestial beings) for whom blackest darkness has been reserved forever” (Jude 1:12-13).

The Flavian Dynasty claimed descent from Venus. Doing a little reading of what the ancients thought of Venus matches Jude like a DNA match. Apuleius stated “You are celestial Venus who in the first moment of creation mingled the opposing sexes in the generation of mutual desires…are now worshiped in the wave-washed shrine of Paphos” Book 11 of the Golden ***. Titus worshiped at Paphos and Vespasian restored the Venus of Cos. Turning back to Apuleius in 180AD says this of Venus in his famous book The Golden ***:

Venus had a second birth by the deep-blue womb of the ocean, and nourished by the forth of the curling waves, a flower of virginity and germinated from a distillation of the stars, with a love girdle, coming out bald- see book 2, book 4 and 11. This description could be applied to Domitian too because he was naturally bald, symbolically married a eunuch who was transformed into male/female Venus. Domitian also wears a “golden girdle” and wool wig, and paps (breasts) that Earinus suck from near his throne near the sea in (Rev 1:13-14 Rev 4:2-6). It sounds like they are trying to recycle Domitian like a Malachi/John Baptist foreunner who wears a girdle, cloak of hair, travel along banks of Jordan who baptizes with catapults nickname quick-fire. Domitian was the forerunner because he was called 1st Caesar and the 3rd or last Caesar in his dynasty.

Kenneth Scott wrote Statius Adulation of Domitian. Statius was Domitian’s poet and said “Emperor, like the ruler of the God’s is a Father (Pater). Venus is made to refer to him as parens Latius. He also states Domitian holds the reins of men and is ruler of Waves and earth. With this information it just makes it hard from reading the Letter of Jude which Emperor it was referring to. Well it might be referring to more than one because Jude says: “foaming up their shame”. We know Domitian and Titus engaged in sodomy of other men.

Vespasian, Titus and Domitian commissioned the publication of the Gospels to have the masses of the people worship them under the cover of their mask of pretending to be a Jesus Christ. The last one persecuted homosexual and codified it with war propaganda know as the gospels while privately banging his cup-bearer Eariunus, the original lucky charm, in his anus. Domitian also sodomized St. Paul his other slave to Christ. Christianity isn’t a religion is psychological warfare. It’s a pile of hypocrisy and no lie can live forever. When truth comes it crushes to earth and will rise again. You shall reap what you sow.

Please review my other essays I cited above for additional evidence of the brain washing of these three perpetrators of the Roman throne, hiding behind the fictional gods, that was eventually passed on down to the Catholic Popes.

Venus, the Evening star/Morning star , was called Seb-Uati and the god of this planet was Isis who was depicted as a Two-headed woman. (From Fetish to God in Ancient Egypt By E.A Wallis Budge p. 244 Isis wore wings too and maybe this is the fly/Janus talked about in Rev chapter 4. Horus was the morning star.

The letter Jude is clearly a primer for the Book of Revelations with its center focus on the Morning Star (Venus) as seen twice in Rev 2:28 and Rev 22:16. Just like the Book of Malachi is a primer for Matthew. It’s interesting to note that Domitian 9Jesus) states “I have received authority from my father. I will also give him the morning star” (Rev 2:28) These are the same “wandering stars” in Jude 1:13 the “celestial beings” who are assigned a star after death. If we read Statius Adulation of Domitian By Kenneth Scott we see Venus refers to him as Father who rules the waves on earth and assigns the morning star and stars to divinities and temples.
Last edited: Sep 4, 2015 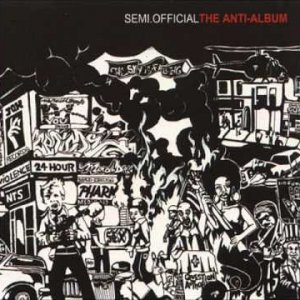