Chief Elder Osiris : Let Us Fact The Facts, Most Black People, In And Out Of Afrika, Do Not Give A **** Ab

Let Us Fact The Facts, Most Black People, In And Out Of Afrika, Do Not Give A **** About Afriks, Nor About Ourselves Becoming A Unified Nation.

Keep Sharing The Divine Truth And Maybe, Just Maybe Somebody Black Might Hear You!!!


I can Care Less Than A **** About What You Believe About Me, Because I Know, When You Come to Know About Me, Your Spirit Will Be Divine Toward Me.


How can such a people claiming a relationship to Afrika, allow such a land to become so divided and massacred, showing no Divine Love and Respect for Self and the Land that feed with abundance, before the coming of Lucifer the Human Being, and it is shown so plainly today, that such a Black people, do not give a **** about Afrika.

The Land call Afrika is not some isolated piece of the earth without a separate verified identity; it is a land that is equipped with all of the necessary nutrients needed to provide for a Nation with long Ancient standing upon it.

So if there is a land that is a part of this planet, it is the land now identified as Afrika, a Land identified as being for Black people and is in need of great respect from them, because of its Primitive relationship with such a strange people who are with features and pigment that favor the Universe, in Space and Physical composition.

Afrika, the Mother of all of its Earth land, having seen the dawning of civilization upon the surface of its belly, and bing qualified to provide all of Nature resource, that is qualified to verify a Divine knowledge being in the possession of a people who once dance with the Stars and Romance the Planets.

Afrika, the Queen and king of all of the Land of its Mother Earth, deserving only Divine Respect to come from a people with a Divine Mind, and were with the quantum knowledge of the Elements that cause all life, physical and not physical, To Be.

So yes beloved, given the present condition of Afrika and how there are none to defend and protect her Divinity, and there be those Black people locked in ignorance, yelling and telling that there is nothing that is special about Afrika, they are many, claiming to be Black and Afrikan, and there are those who are in denial of their Blackness, they do not give one **** about Afrika, and those Black people are located in and out of Afrika, and yes, they do not give one **** about Afrika.

So, wonder not as to why Afrika is as it is today, and continue to be ignorant about why the Black Afrikan is not a unified Black Nation today, and such a Afrika and black Afrikan Status, is because of a Black Afrikan people who have allowed the Mind once Divine to be replaced with a mind now profane.

So today, it is the profane Mind that has Afrika as it is today, and Black people with a spirit that show that most do not giva a **** about Afrika today.

Black Woman and Man, Know this, Ignorance is Dangerous to the well being and preservation of Afrika and the Black Nation.

The Black Nation is a Nation no longer with pride, self respect, and is not Sovereign, the making of a people that is in captivity, within the confine of the Mind that now guide such a people who once being proud to be Black and Divine, as Beings that came from the Infinite of the Space Darkness, such that function without Limitations in the state of Eternal Everlasting Existence.

Now here you are, a reduced people to a profane level of being, confessing to be Human Beings, which serve as evidence that Black people do not give a **** about Afrika, and have lost all knowledge and respect for the Black Body Self.

Freedom, Salvation to Reparation for the Black Afrikan, such transcend in requirement for action what white folks claim is wanting by the ballot box.

Giving not a **** about Afrika is what increase the value in a profane Mind about all such land that is not Afrika, and such is what cause the Black Afrikan to be so self demeaning.

All because, Black people do not give a **** about Afrika, and is completely ignorant about knowing the value of a Divine Mind, one that demand unity for a Black Nation that is now divided and defenseless, wandering around with a Mind that did not come with that Black Body life.

Beloved, it is ignorance that cause the Black Afrikan to flee Afrika for vain and fearful reason, and ignorance is what breed a divided Black Nation, but it is a Divine Mind that give knowledge about the need for Afrika and the Black Afrikan to return to its primitive (First) status, which once was enjoyed on this planet earth, by the Black Divine Beings with a Divine intelligence.

Fear, Vanity, and greed, all is what have Afrika as it is today, and the Black Afrikan as is, wishing on the level of Want, Faith, Hope, and belief, the arsenal of religion, the weapon that is used to slay and destroy a Sacred and Holy Land, and a Divine Being that is in Divine relationship with the Land, Afrika.

So now here most of you are, not giving one **** about Afrika, as you now make claim to be some of every and any thing that is not of Afrika, and is not with respect for the pigment of the Black Body life, which is now inhabiting that Black Body with a Mind that is functioning completely profane and not Divine.

It is the Divine Mind that Give Respect to Afrika and is proud to be Black, and with a relationship with Afrika.

Yet the two have been made to be strangers to each other, giving off the spirit coming from a profane mind that indicate that it does not give a **** about Afrika, nor of the need for the Black Afrikan to become unified as a Nation again.

Oh no beloved, the Time is not to engross your Black selves into the profanity of Lucifer the Human Being life activities.

The Time is now and is passing, requiring for Black people to reclaim the Divine Mind that was a part of the Black Body Life Economy, and by such an orderly life living, it will produce and would inform Black people about the uniqueness and importance of the sacredness of Reparation.

Because you must come to be qualified to see, that it is our Enslaved Ancestors that serve as the symbol of Afrika freedom and as the Unity of a knowledgeable Back Body life self.

Beloved, entwined within such Divine Knowledge is the nature and power of a Black Afrikan Nation, in unity with a magnificence Sacred Holy Mother Land, Afrika, which all Mental strong Black people, most certainly give a **** about seeing the two being free, Afrika and the Black Afrikan, both of a Divine intelligent design.

I share It And You Either Accept Or Reject, But There Is Only a Single Truth That Remain Unshakeable, Such Is Divine In Its Action Of Revealing What Is And What Is Not. 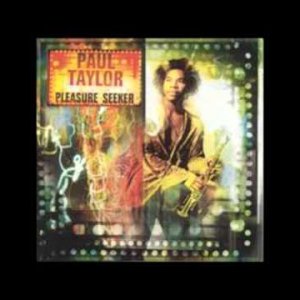