African American History Culture : LEST WE NOT FORGET

QUOTE="sekou kasimu, post: 1018235, member: 36241"]
That's one way of looking at it! But, I respectfully submit that "the truth is what you believe, while the facts are facts regardless of what you believe'! 'One man's truth is another man's falsehood'! Truth is a belief, not necessarily a fact, e.g., white supremacy.

Knowledge is simply knowing something that may or may not be relevant and useful, depending on one's endgame. E.g., the migration habits of the snow geese is knowledge, but irrelevant and useless to a people struggling to overcome oppression and exploitation, and to re-enter the power arena of the world as a force to be reckoned with!

Most people that I know are unconscious, and have been brainwashed and indoctrinated to ignore their own history and culture, and, consequently, don't have a clue about how to overcome their oppression and exploitation , aka white domination, the ultimate social problem!!!

Malcolm X said it well and said it best when he said, 'of all of our studies, history is best qualified to reward all research. And when you see that you got problems, all you have to do is examine the historic method used all over the world, by others who had problems similar to yours. And when you see how they got theirs straight, then you know how you can get yours straight'! It is the responsibility of the conscious to make the unconscious conscious', Kwame Toure.

We must look to Afrikan history and culture for the solutions to our domination by foreigners, especially europeans! And not just because it makes us feel good about who we are. That's good but not good enough. It must be used to solve problems and meet the needs of our people. Otherwise it's just a feel good history and that is not the appropriate use of the knowledge!!!
/QUOTE]
Isn't the key Sekou kasimu, PEOPLE, to making the African Renaissance a 21st-century reality getting our communities, towns, cities, and countries intelligently organized and led as opposed to the so idyllic "Black Unity" mantra?

Where is there White Unity [apart from usually agreeing to act against non-whites generally, people of African ethnicity specifically] as spectacularly highlighted the history of wars and constant feuding in Europe which culminated in White on White World Wars I, II and various other 20th century conflicts that exterminated approximately 105 million mostly white people like vermin [what would THEY be saying about US had we ever massacred each other in such mind-numbing numbers]?

Doesn’t the current White Supremacist Racist status quo consistently try to publicly project and promote that the most despicably cowardly and longest-running HOLOCAUST/ONSLAUGHT on the historical record [over 300 years of chattel slavery of our ancestors and their siblings who were tortured, mutilated and murdered for not submitting/being BROKEN or to traumatize the rest of us into total subservience] was in fact somehow the African victims' fault, as opposed to the white European instigators and orchestrators, who are in fact making the same play again [their alleged WAR ON TERROR and now their Corona virus SCAM] so as to totally enslave ALL of Humanity this time?

Isn’t it also a fact that the African American lobby within the USA is easily one of the most inept {Barack Obama in the Whitehouse is their only notable success/I didn’t think would EVER happen] with regard to intelligently organizing our communities/adequately securing them in an extremely hostile/competitive environment, especially in comparison to the WASPS, Jews, Italians, Greeks, with even the Koreans, Vietnamese, Indians and other Asian late-comers to the USA making more socio-economic headway than us?

Wouldn’t you agree that one of the most obvious lessons of the still ongoing African HOLOCAUST of over 500 years duration the fact any ethnic clan or nation that isn’t both intelligently organized and led [as underlined by the maliciously EVIL manner in which the GAP community of Tulsa was destroyed in June 1921, with Rosewood suffering a similar fate to] with their own nuclear arsenal, while living on territory laden with strategically vital natural resources; is just a VICTIM in WAITING [as highlighted by Afghanistan, Iraq, Libya, Syria and Lebanon, despite the fact that Iran is still THEIR primary target in the region], who won’t have to wait long?

Isn’t it a fact that peoples of African ethnicity in Africa and the Diaspora are still in severe trauma/catastrophic SHOCK due to the so all-pervasive scale/range of our so totally devastating collective defeat due to the ongoing African HOLOCAUST of over 500 years duration? Wherever we live in the Diaspora (whether in Jamaica, Brazil, USA, UK, etc) regardless of what our current nationalities are, at least we know that we are not really at home, because our original home is Africa (even though some of us consciously repress that fact).

However isn’t it a FACT that the peoples of African ethnicity in Africa have had to cope with the totally emasculating trauma of being completely dominated by our enemies during Europe's Imperialist/colonial stage of the onslaught [started by Semites 3000 BCE] on their own land/ancestral home?

I compared it to a total stranger walking into your 20 bedroom mansion and subsequently [having the means of] forcing you to live in the smallest room; an African friend of mine corrected my assertion; he said “When they came to Ghana they didn’t make us live in the smallest room; they told us the toilet is where we belonged and made us stay there”.

Isn’t it standard procedure for military combatants to be debriefed after combat operations or wars, due to the fact that without debriefing it would be virtually impossible for the combatants to regain their psychic balance/equilibrium after a prolonged traumatic experience?

Contrast those facts with the non-existent psychotherapy we peoples of African ethnicity (in Africa and the Diaspora which includes the USA, UK and Caribbean) have received to date (in conjunction with the fact that as opposed to acknowledging the wrongs, saying sorry and making reparations, aren’t our enemies making the same play again in the guise of their WAR ON TERROR) after surviving the so maliciously EVIL, sadistic Genocide/HOLOCAST perpetrated by our White Supremacist Racist enemies ancestors against our ancestors of over the last 500 years, so why would you or anyone be surprised that our communities display such a wide array of socio-economic dysfunction, TODAY?

BLACKTHEN.COM
July 25: Today in 1972, the U.S. Government Confessed to Conducting the Tuskegee Syphilis Experiment on Blacks 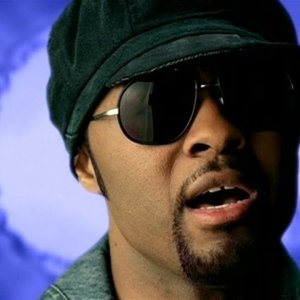