African American History Culture : LEST WE NOT FORGET

Here is something strangely different:

European Discovery of the Americas Killed So Many People It Made the Earth Colder
https://www.popularmechanics.com/science/environment/a26136069/great-dying-little-ice-age/

The researchers, from University College London, used estimates of population decline during the 16th century to estimate how much farmland was reclaimed by forests during that century. The 60 million people living in the pre-Columbian Americas needed a lot of farmland to grow the food they needed to eat, and when people started dying en masse they stopped needing so much land for crops.

That land went unused for so long that it slowly turned into forests. By those researchers’ estimates, around 200,000 square miles of new forest were created during the 1500s. For comparison, that’s a little less than the size of Texas, or about a tenth of the Amazon rainforest. All that new vegetation required a lot of carbon dioxide, and so much CO2 was pulled out of the atmosphere to fuel these growing plants that it ended up cooling the earth.

Starting in the late 1500s, the entire earth went through a minor cooling period called the Little Ice Age. Global temperatures dropped over a degree Fahrenheit and the climate was dramatically altered. Winters became more severe, crops were devastated, and famine was common throughout much of Europe. The immediate cause of the ice age was a drop in atmospheric carbon dioxide by around 8 parts per million.

According to the recent study, the additional forests in the Americas caused around half of that CO2 loss, around 5 parts per million. That’s enough to account for much of the colder temperatures of that era.
Click to expand...

One of those make you go "Hhmmm..." kind of things.

European Discovery of the Americas Killed So Many People It Made the Earth Colder
https://www.popularmechanics.com/science/environment/a26136069/great-dying-little-ice-age/

One of those make you go "Hhmmm..." kind of things.

um/QUOTE]
When I attempted to start/post this thread [below] on easily the most well known internet message board on the the planet, for the first time ever I was prevented from doing so, as opposed to this message [below, being added to my timeline] do you think I touched a nerve? ROFL

PEOPLE, this RETARD John Patrick Alao interjected in a thread inferring that Black people should go back to where we came from whereas look at the so maliciously EVIL brutality this Aboriginal man and all of the indigenous peoples of the Americas, Australasia and Africa have had to exist in post the military invasion of predatory PARASITIC white hordes to their homelands over the last 500 years.

John Patrick Alao, are you truly unaware of the fact that our enslaved African ancestors [and their siblings and comrades who were tortured, mutilated and murdered for either refusing to BOW/be broken or as the means of traumatizing the rest of us into total subservience] so brutatlly extorted labour, blood, sweat and tears [without apology or reparation to date] built the West’s monetary system/wealth; paid 10 times over for our right to be fully free citizens of the UK, USA and anywhere else in the western Diaspora we choose?

However John Patric Alao, in return for all non-whites generally, people of African ethnicity specifically leaving the UK and all of Europe and NEVER EVER returning, can you facilitate Donald CHUMP and all of the other PALEFACE PARASITES, consistent maliciously EVIL military invaders who in just 500 years have so completely usurped the sovereignty of the indigenous peoples of the Americas, Australasia, most of Asia and all of Africa [are still refusing to leave South Africa and Zimbabwe TODAY] decimating this planet as easily the most debilitating CANCER/PLAGUE in human history; to ALL return to Europe, leave the rest of the human family alone?

Have we got a DEAL John Patrick Alao [mud huts with no predatory PALEFACES around would indeed be heaven]?


Isn’t ANYONE who genuinely believes they are not programmed
graphically illustrating that their programming is COMPLETE?​

About This Website
nytimes.com
A Broken Skull, a Dubious Paper Trail: Australian Justice for One Aboriginal Man
O 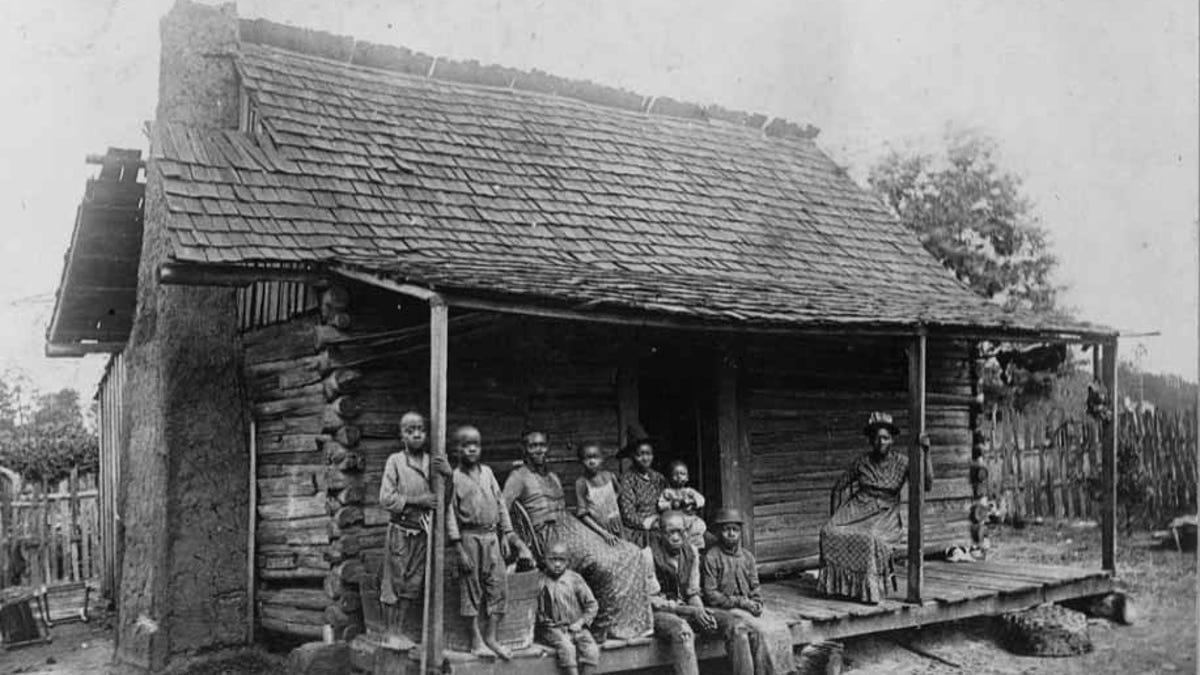 'Where was the Lord?': On Jefferson Davis' birthday, 9 slave testimonies

The voices of five men and four women, once held in human bondage, interviewed in Alabama in 1937.

'The truth shall make ye free'! And after one learns the truth, then what?!

Knowledge (truth) does give you power over ignorance, but only when you act on it. I believe that many Black people do care after knowing the truth, but the truth doesn't come packaged with knowing what to do or having the courage to do anything about it. If that was the case, the Black experience would be far different than it is today.

I believe that many Black people get dis-couraged and overwhelmed by the truth, particularly if they are living in a highly complex and oppressive society, and with that discouragement oftentimes results in no action. Black people will say things like, what difference will my vote make even though they have the legal right to vote.

Does truth set you free in mind, body and spirit? Because that's what it takes to translate truth into action. Forgive me for quoting Gloria Steinem here, but she once said that "truth will set you free, but first it will piss you off." Many Black people suppress their truth and internalize their anger, never expressing it outwardly in ways that gets rid of its root cause, thus, resulting in hypertension, diabetes, congestive heart failure and mental illness.

We have been successfully Zombied.
Join Destee.com today!