What's the deal with men and lesbian women? Why are so many men interested in lesbian women? Think it's not true? Go to personal websites and notice how many lesbian women post warnings-if you are a man don't write! What is it?

It is not the first time I've seen it. I have friends who think that getting involved with a lesbian would be a "great" relationship. What prompts this thinking? I have several lesbian friends who tell they are constantly pursued by heterosexual men who just won't take no for an answer. From their looks, I would be the first to admit that any male in his right mind would be interested in any of them, BUT-although I love beautiful women, my interest suddenly wanes when women aren't interested in me-no matter what their sexual persuasion.

So, why the hassle? I've seen men who can't no for an answer in heterosexual situations and they are the bane of disinterested women everywhere, but to pursue a woman who's interest is in other women seems like a clear chance to stay out of that no-win situation. Yet, they persist. Why? I am not naïve, but it seems so clear cut that why would anyone waste the effort? Do women try to seduce gay men?

I try my best not to judge anyone, but in this case I'm going to make an exception by saying that men who knowingly pursue these women either have no idea of what it is they are doing, which I doubt, or they don't care that they are invading another person's space.

Is it just me? Or, am I too sensitive to the needs of others? Any women who doesn't want my attention are spared my desires no matter how strong they may be. I would expect the same treatment from any woman whom I did not want. So, again, what is it with men chasing after lesbian women?

I'm in agreement with you RA, If she is not interested in me that's that. There are many reasons why men chase after lesbians. Number 1. They are challenged by the fact that there are some women out there who are just not interested in men. It's different than a woman saying you're not my type or I have a man already, but she is in fact saying that there is nothing a man can offer her that will satisfy her. This is a blow to the male ego, therefore he takes it upon himself to see if he can persuade her to think otherwise. I've heard many brothers say in regards to lesbians, that they just haven't met the right man or a real man yet. Brothers need to get up off the ego trip and push on. The second reason is that some men get turned on by the idea of two women in a sexual relationship with each other, and somehow hopes to join in with them. There are a lot of brothers out there who fantasize about being with two or three women at the same time. All of this is due as I said earlier to the ego, but if a man was really secure in himself amd with his ability to find a meaningful relationship, he wouldn't chase after shadows.
A

You said a mouthful there. When I think about it, I see that would be the ultimate in conquering--if there is such a thing. To make a woman who is a lesbian convert! I agree with you--that's ego talking. Personally, I wouldn't want my chops busted, but some folks don't get the message and will persist. I was asked to write this to see what kind of answers I got.

I pretty much agree with Bishop on this issue.
Hey Amun Ra

Bishop has said it all....Like you Amun, if I know a woman is not interested in me, no matter the reason, then its time to move on....Why waste energy, when you can redeem the time? How many brothers have missed a good thing chasing after something that's not his to possess? 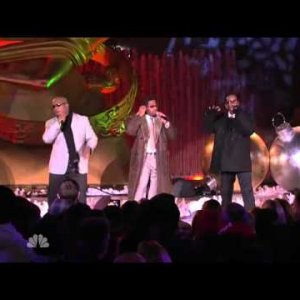