Across inner city America, the sound of bouncing basketballs on playgrounds can be heard a little louder, a few more 360 spin-moves are being practiced along with ankle-breaking crossover dribbles. The sales of “Strength Shoes” for jumping have increased, and professional basketball reigns as the number one answer when young black boys are asked what they want to be when they grow up.

A close second to the “What do you want to be when you grow up?” question is a Rapper. More and more young black boys can make up a rhyme about anything they see. In local talent shows they are stars who along with their parent(s) for the most part, are waiting for an agent or producer to sweep them away into a life of money, women, jewelry, videos, and fame.

On the surface, there is nothing wrong with being a NBA player or a Rapper. They are both legal professions… professions that have taken many a black boy out of the ghetto, made him rich, and enabled him to move his family out of the projects into a mansion on the hillside. Professional Athletes and Rappers are deep into our culture and neither is going away any time soon.

The problem is far too many young black boys think that is the only thing they can do. That is the only thing they want to do or be. They see no other way out of their present environment. The sports industry and the entertainment industry are forced down their throats at every opportunity. Sports stars and Rap stars are the heroes… the ones who “Made it”. Much like the Pimps and Drug Dealers who have the money, the women, the cars, the jewelry, the fame, and last but not least… the all-important respect that comes from living large and having people hang all-over you.

Young black boys want to grow up and be just like Lebron James and 50 Cent. They want the end result… fame and fortune. They don’t want to explore other career options. School becomes an inconvenience and an intrusion on their time, which they believe, is better spent playing basketball and rapping.

Just 43 years after the end of the Civil War, at the turn of the century black people had nothing more than the freedom the war resulted in. However, there was one man every black person could point to as his or her hero, boxing champion Jack Johnson. Jack Johnson could legally hit a white man and get paid for it. Jack Johnson wore fur coats and fancy suits. He flashed around a lot of money… more money than most whites had. He was the champion of the entire world and could beat any man in the world. Jack Johnson had white women swarming over him. He alone, this superstar athlete was the symbol of black power.

In the 1930’s when black men were hanged from trees on a regular basis, Joe Louis was the pride and joy of Black America. The post depression era in America hit the black community the hardest, but we had one thing no other race on earth had…the World Heavyweight Boxing Champion.

While employment prospects and affordable educational opportunities for black veterans returning home from World War II were bleak at best in the mid-1940’s, 1947 gave black America its brightest moment since emancipation…Jackie Robinson.
If a black man could integrate the national pastime then surely we have arrived. Unfortunately, as far as mainstream America was concerned, we arrived as a people through an athlete.

Who in the history of the black race in America has ever gained more fame than black entertainers? In 1915 Bert Williams, the first great black entertainer made over 100-thousand dollars. In 1963 millions of Black Americans watched their television sets in admiring awe as Sidney Poitier became the first black man to receive an academy award.
From Duke Ellington to the Jackson Five, to Tupac and the moral-less Lil Kim… entertainers have always joined athletes as the most important symbol of Black Achievement in this country.


There have always been Black Intellectuals and Black Americans who have achieved greatness in the world of academia. The list is long and distinguished of those who only during the month of February are spoken of to our children and receive token recognition for their accomplishments. They were Doctors, Lawyers, Inventors, Writers, Researchers, Business Men and Women who somehow have wrongfully and through no fault of their own, escaped the title of “Role Model”.
No one today wants to know about them. Not flashy enough, not wealthy enough, not glamorous enough, not cool enough, and oh God forbid…too white.

This brings me back to LeBron James and 50 Cent. I have nothing personal against either of these two young men. They are taking advantage of niches carved out for blacks… sports and entertainment. However, they represent what is wrong with children in the black community today. Far too many of these children see nothing else that is meaningful to them. Parents, educators, and the media have failed black children miserably through the lack of adequate exposure to other things that would stimulate a young mind.

How many black boys will fail at becoming the next LeBron James? How many will fail at becoming the next 50 Cent? What will become of all the years spent on jump shots and rhymes? What will be the payoff? The ability to say “I was trying to reach that star” That will not feed them and it won’t open any doors of occupational opportunity. If just a fraction of them would aspire to be another type of professional, the condition of the black community would change dramatically for the better.

Sports are a great outlet for young people. Participating in sports builds character and promotes teamwork. But unless they are one in a million, even with talent, they will never have the fame and fortune of LeBron James. The same goes for the young man standing in line for hours after paying $75.00 to get his rap demo heard by a parasite producer.
It’s just not going to happen.

Our black children need balance in thought, balance in their habits, and a much broader view of the types of careers they can make for themselves. They need to know they can be respected as human beings for being something other than a athlete or entertainer.

When ten black boys in the fifth grade are asked what they want to be when they grow up and seven respond by saying they want to be a professional athlete or rapper… something is terribly wrong and it needs to be fixed soon.

i think characterizing lebron as a enemy of the public is misguided. for all intents and purposes, he is still a boy.

society is to blame for what he does or does not know or do. we gave him a basketball. so its our fault.

Hi Bruce, welcome to the forums. You've posted some good information. We've had similar thread topics that have sparked some interesting and lengthy debate.

I agree with ifasehun that I don't necessarily blame LeBron, 50 Cents or any of the other Black athletes/entertainers that have found their so-called fame and fortune through the sports and entertainment industries. As you mentioned, these industries have helped many Blacks live quite a different lifestyle.

Blacks excel at both. The industry keeps their faces plastered in front of the world while corporations make tons of money from royalties and ticket sales and even though the wealth isn't distributed equally, what athletes/entertainers do get is far more than many of them ever dreamed of ever having.

Keme you suggest that "PERHAPS parents across America should emphasize education and other values in the home, intead of allowing BET to raise their kids." I'm sure that the parents that see value in other professions and a broader set of knowledge and skills will do just that. However, I think Bruce makes another good point when he wrote " . . . In local talent shows they are stars who along with their parent(s) for the most part, are waiting for an agent or producer to sweep them away into a life of money, women, jewelry, videos, and fame." Some parents want the fame and the fortune worse than their kids. A while back I started a thread "Is It All About the Bling, Bling?" And for some, the answer is resoundingly YES!
Join Destee.com today!

could another factor be that the entertainment and sports industries offer more of a natural high, more excitement, more focus on that one person, with large amounts of money as a reward, and could it be that these young people are fooled into believing they can reach these heights professionally far quicker than they would if they studied to try and achieve a goal or to better themselves academically...

in my opinion there is not enough importance placed on education and I think in a lot of minds, academics are seen as boring people who spend their lives with their heads buried in a book somewhere..too many people don't stop to see the big picture...education lasts a lifetimes..an athlete only lasts as long as his/her physical strength is at it's peak, an entertainer only lasts as long as their music is popular..so I think it is the attitude toward education that needs to change..they need to know it's cool to be intelligent and well educated...

nice to read your thoughts, as always...

like keme stated the focus need to be more from the home front
of american families to teach the children that theirs more to life
then sports & Rap .........stay focus on education to educate
self then move to other things
yesssssssss we have now ruled the sports world now getting
children str8 out of high school within the next 10 years if not
careful they will be reaching for them out of grade school be for
high school when they tall and as skilled .....
my my we have young 9 & 10 yrs olds rapping songs
some even younger and can't say their ABC'S
brutha Bruce you hit some key points here
we have to start teaching our children that one can make it
without sports & Rap and all the crap of street life
drugs ......but good pure wholesome knowledge mix with home
basic traning and wisdom can get you out the inner getto
to a life of freedom as well but the fast lane always have a dead
end as to the highway or route 66 go a long way cross the
lands ........nice point of topic
Poetic flow, Poetry of a poet! Be a Premium member today and enjoy all the fruits . 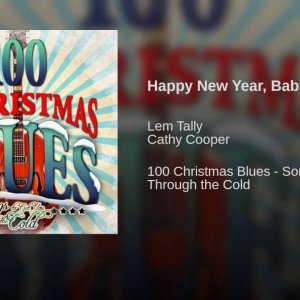